The Halo Infinite multiplayer beta, or technical preview as it’s officially being called, could start as soon as later this weekend. In a blog post, developer 343 Industries said the studio is getting “very close” to kicking off the beta, but there are still some final hurdles to clear. That said, the studio mentioned that the first wave of beta testing could begin as soon as this coming weekend.

“We need to ensure we’ve successfully cleared our final gate before we’re officially a go. That said, we’ve been given the okay to say our first Bot-focused technical preview could happen as soon as next weekend,” the studio said in a blog post dated July 23.

According to 343, the first wave will include “hundreds of thousands” of people who have signed up through the Halo Insider program. After that, assuming things go well, more people will get invited. “We want to start at a reasonable number of participants before potentially going to a much larger player pool, but our goal is to eventually get every eligible Halo Insider a chance to go hands-on and help us achieve our goals on the road to launch,” 343 said. “Remember, if you don’t get in this time, please don’t despair–more opportunities will come.”

If you are invited into the Halo Infinite technical preview, you will be able to stream the footage and share it with the community–this is not a beta that’s locked behind an NDA or anything.

Those chosen for the Halo Infinite technical beta will be playing an old version of the game that is “a couple months behind” where the game stands in its latest form with the developers. As such, players can expect “some bumps and rough edges,” 343 said.

What’s more, 343 released a series of new screenshots and pieces of concept art for Halo Infinite’s multiplayer mode, showing off the maps Live Fire, Bazaar, and Recharge, along with weapons and more. You can see all the new images in the gallery below.

The full blog post is stuffed with so many more juicy details about the Halo Infinite technical preview, including its Weapon Drills mode and lots more. The blog post also touches on how the technical preview will have a scaled-down version of its new battle pass for the purposes of testing. Everyone who gets in will be given an allotment of credits to spend on cosmetics. 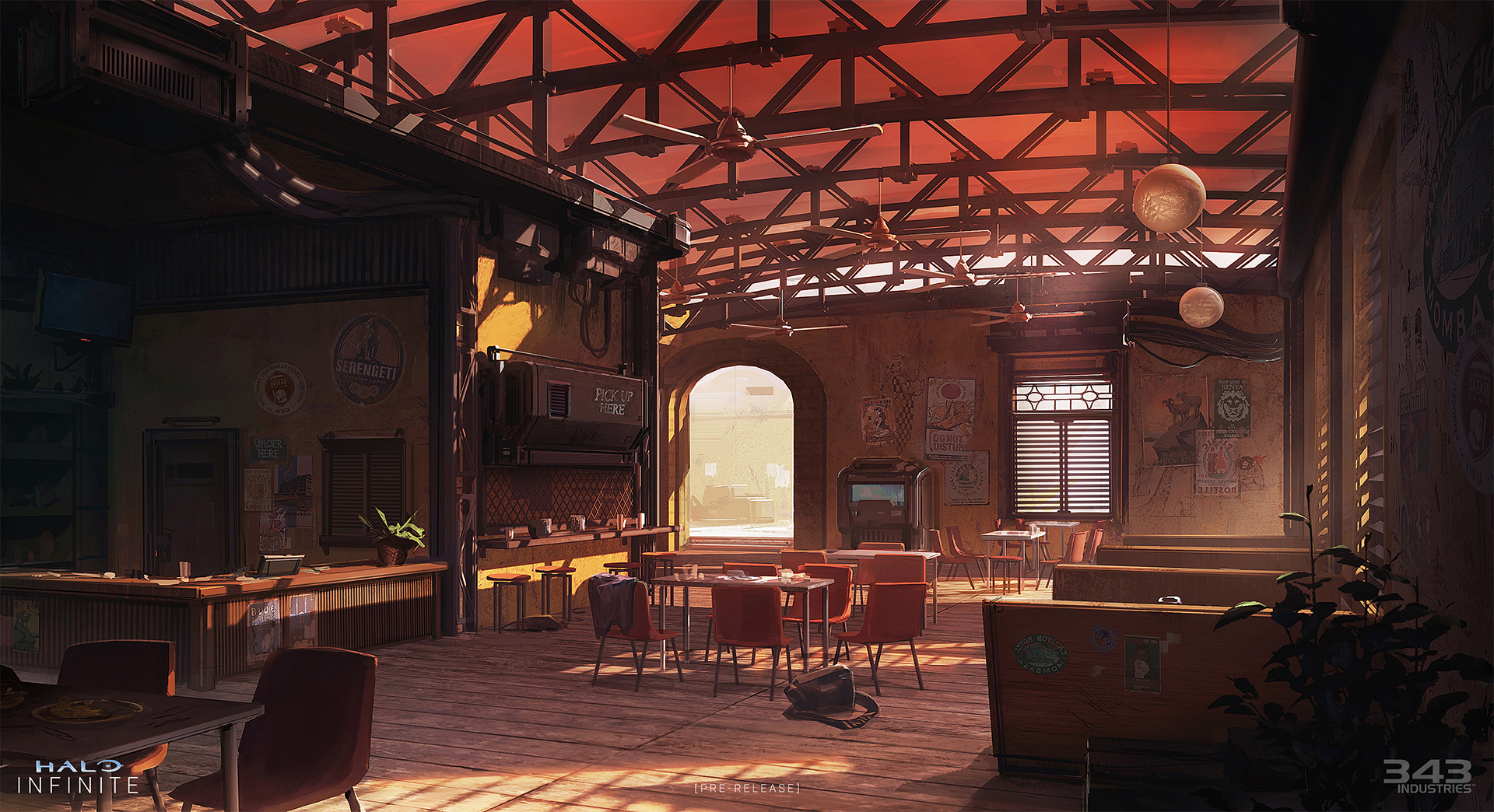 After a lengthy delay, Halo Infinite is slated to release in full this holiday for Xbox One, Xbox Series X|S, and PC. The multiplayer element is completely free-to-play, while the campaign is included on Xbox Game Pass.