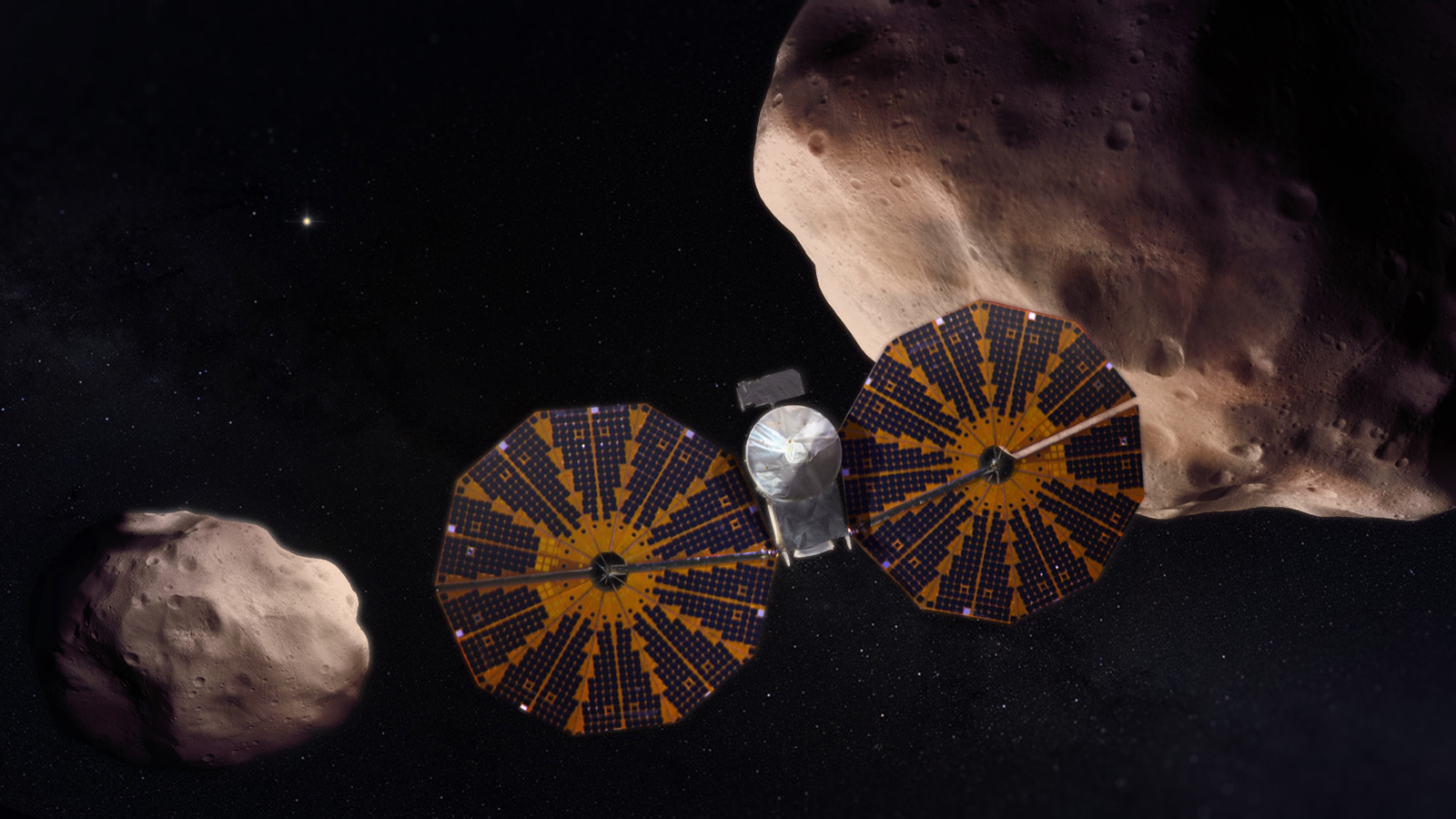 NASA’s asteroid-touring mission has picked up a ninth target.

In preparation for the Lucy mission to explore a distant class of asteroids called the Trojans, astronomers have been monitoring the targeted space rocks. One day in March, mission personnel gathered 26 different teams from around the world to watch one of those asteroids, 17-mile-wide (27 kilometers) Polymele, appear to pass in front of a star in what scientists call an occultation.

By comparing observations from many different locations on Earth, scientists can precisely measure the shadow an asteroid casts on a star during such an event, allowing them to precisely study the size and shape of the space rock. But during the March observations, which were briefly reported at the time, two of the participating teams saw something different.

“We were thrilled that 14 teams reported observing the star blink out as it passed behind the asteroid, but as we analyzed the data, we saw that two of the observations were not like the others,” Marc Buie, a Lucy scientist at the Southwest Research Institute in Colorado, said in a statement.

A diagram of occultation observations show Polymele in the upper left and its newly discovered satellite on the right. (Image credit: NASA’s Goddard Space Flight Center)

Astronomers reviewing the data concluded that those observations indicated a previously undiscovered space rock orbiting Polymele about 125 miles (200 km) away. “It had to be a satellite,” Buie said. The scientists could even determine the newly found asteroid’s size: about 3 miles (5 km) across.

The still-unnamed asteroid has since been added to Lucy’s ambitious itinerary of space rock flybys. The new detection is the second time that scientists have spotted an extra satellite; in 2020, researchers announced they had spotted a satellite orbiting Eurybates, which Lucy will fly past just a month before Polymele.

Like most of Lucy’s destinations, Polymele, is a Trojan: an asteroid that drifts around the sun in about the same orbit as Jupiter due to the large gas giant’s immense gravitational pull. Scientists believe that these “fossil” rocks are the rubble left over from planet formation and could therefore teach us about the early days of our solar system.

About the newly discovered asteroid’s name: while some of the discovery team have reportedly nicknamed it “Shaun” after the animated sheep, it won’t have an official name until astronomers can confirm the characteristics of its orbit. That likely won’t happen any time soon because Polymele’s satellite isn’t discernible by current Earth-based telescopes. So, unless astronomers get lucky with a future occultation, they may have to wait until Lucy itself swings past the asteroid, scheduled to occur in 2027.

“Lucy’s tagline started out: 12 years, seven asteroids, one spacecraft,” NASA’s Lucy program scientist, Tom Statler, said in the statement. “We keep having to change the tagline for this mission, but that’s a good problem to have.”