How to watch the April 2022 solar eclipse online 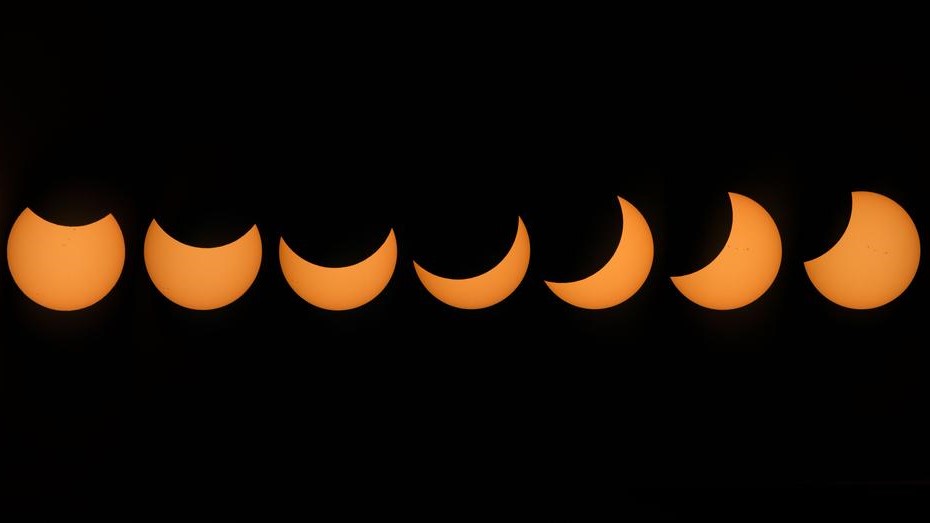 The first solar eclipse of 2022 arrives this week across parts of the Southern Hemisphere — here’s how you can watch the event live online from other parts of the world.

Related: Partial solar eclipse of April 2022: When, where and how to see it

This NASA animation shows the visibility path of the partial solar eclipse of April 30, 2022 over the southern Pacific Ocean, Antarctica and parts of South America. (Image credit: NASA/A.T. Sinclair)

A solar eclipse occurs when the moon passes between Earth and the sun, and, in this case, partly obscures the sun as it appears from Earth. The eclipse gives the sun a crescent shape, as if a “bite” has been taken out of the sun. The portion of the sun blocked by the moon varies depending on the viewer’s location, with a maximum 64% of the sun’s disk obscured by the moon as seen from just south of the southern tip of South America, according to NASA.

For those who can’t catch it in person, there will be at least one livestream of the event available to watch online. The YouTube channel Gyaan ki gareebi Live will begin broadcasting the partial solar eclipse at 1:45 p.m. EDT (1745 GMT).

Gyaan ki gareebi is an India-based YouTube streamer who broadcasts live views of full moons, rocket launches and other space events. Their solar eclipse webcast is expected to run the length of the April 30 solar eclipse, from start to finish.

Currently, the Gyaan ki gareebi stream is the only public webcast of the April 30 partial solar eclipse we’ve been able to find. If more are announced, we’ll include them here.

Timeanddate.com is hosting a live blog of the event, rather than a live stream. Coverage will be available online, with Timeanddate.com posting skywatching event information in the days leading up to the solar eclipse.

As a reminder for skywatchers located within the visibility area, never look at the sun directly with your eyes. It is important to wear special protective eyewear or certified eclipse glasses in order to safely observe the sun or watch an eclipse. Using the wrong gear (or using it incorrectly) can burn your retinas, causing irreparable damage to your eyes.

The safest way to observe an eclipse is through indirect methods, such as using a pinhole camera, which is easy to make at home. You can also check out our guide for how to photograph a solar eclipse.

Editor’s Note: If you snap an amazing solar eclipse photo and would like to share it with Space.com’s readers, send your photo(s), comments, and your name and location to [email protected].