Sporting a taller form factor with a curved top, more discrete speaker placement, and the same premium controls and specs as the original iiRcade system, the Gold Edition more closely resembles a real arcade machine now. The marquee also lights up for that authentic arcade look, and it has 128GB of storage space for downloading new titles from the store. Given the tiny file size of most of them, that’s enough for literally hundreds of games without having to delete any, and 11 games (12 on the Dragon’s Lair and Space Invaders models) are included out of the gate. 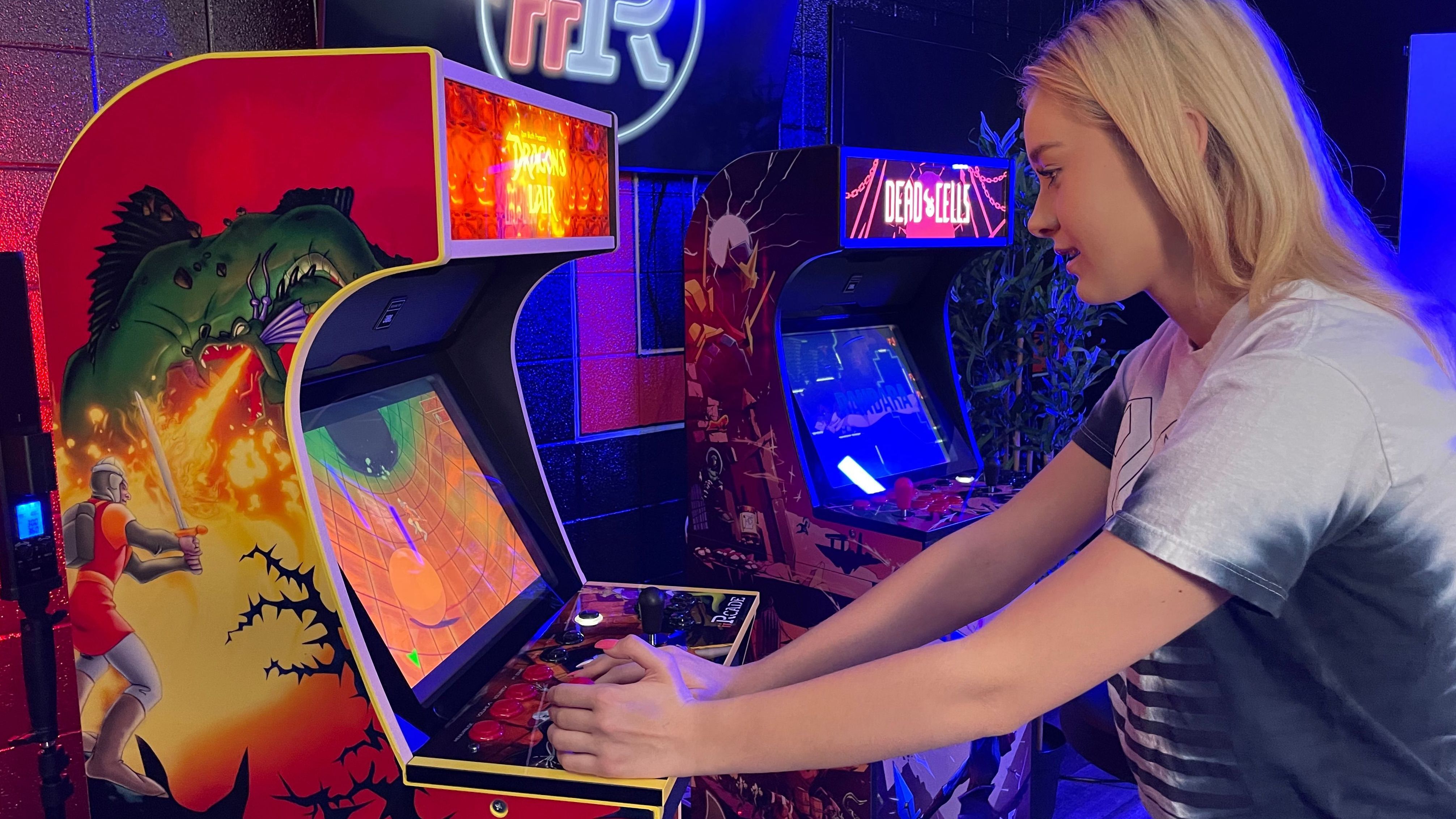 You’re going to lose a lot at this game.

During the 30-day preorder discount window the iiRcade Gold Edition systems will cost $800, with the price rising to $1,000 after that point. They’re expected to ship in July, and having owned my own Black Edition original system for over a year, I’ve been building up a game collection with lots of shoot-’em-ups like Strikers 1945, R-Type, and Truxton. Through the Jukebox app and Bluetooth, you can also utilize its 100-watt speakers for an enormously loud way to play your music.

Those who are within first 100 to preorder will also receive an iiRcade hoodie, while the next 100 will receive a free T-shirt. Additionally, one person picked at random will get a “golden ticket” trip to the iiRcade HQ in Chicago for a game-and-brew night.

“We’d like to thank our entire iiRcade community for all their support and feedback since we first launch,” founder and CEO Jong Shin said in a press release. “We’re taken their suggestions and integrated them into the new design of iiRcade Gold Edition as well as adding exciting new features.”

« VA to Stop GI Bill Benefits at 5 Colleges » There is room for the Metaverse in 2022, but the virtual space is far from perfect