Is SLS worth the cost? NASA’s new megarocket comes with a mega price tag 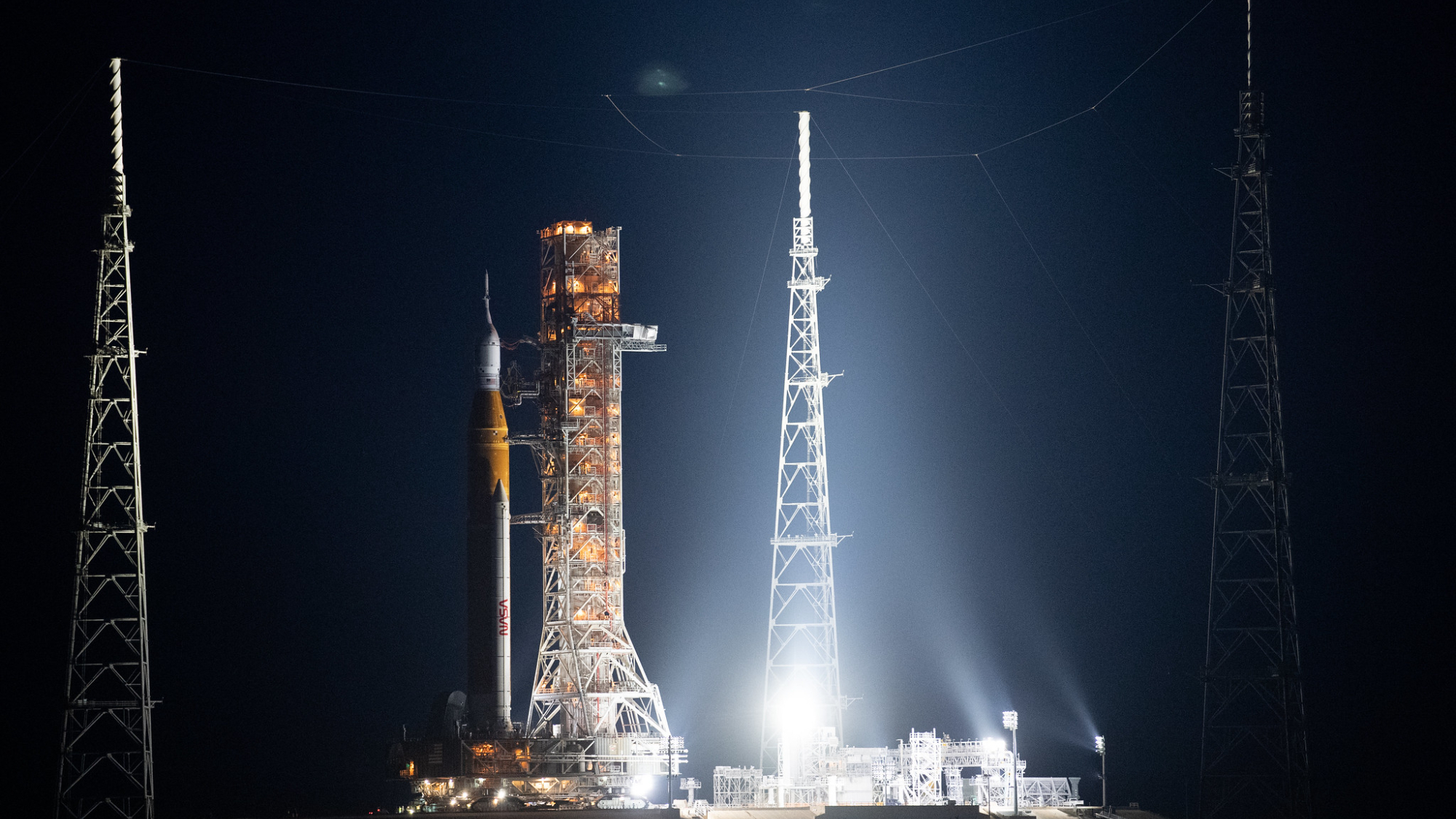 SLS is scheduled to lift off this morning (Aug. 29) on Artemis 1, the first mission in NASA’s Artemis program of moon exploration. If all goes according to plan, the 322-foot-tall (98 meters) rocket will lift off at 8:33 a.m. EDT (1233 GMT) from NASA’s Kennedy Space Center (KSC) here on the Space Coast, sending an uncrewed Orion capsule on a six-week journey to lunar orbit and back.

Seeing SLS on the pad is surreal for space fans, who for years had to make do with renderings of the powerful launcher. And those digital illustrations and animations have changed over time, along with the envisioned purpose and destinations of the deep-space rocket.

NASA began developing the SLS in 2011, just after the cancellation of its Constellation moon program, which would have used an Ares rocket to send Orion to the International Space Station (ISS), the moon and eventually Mars.

A lot has happened in space over the decade-plus of SLS development, including the emergence of commercial cargo and commercial crew missions to the ISS, the introduction of reusable rockets by SpaceX and an exponential buildup of new private space companies. So far in 2022, there have been 37 launches from KSC, the overwhelming majority of them conducted by SpaceX Falcon 9 rockets.

In 2016 — the same year that SLS was originally supposed to launch for the first time — SpaceX founder and CEO Elon Musk revealed the company’s design for its next-generation deep-space transportation system, a huge rocket-spaceship combo known as Starship.

Starship will be the most powerful launch vehicle ever built when it comes online, Musk has said. Ultimately, he envisions hundreds of Starships landing a million people on Mars in the coming decades. So far, only a handful of the company’s Starship prototypes have gotten off the ground, none of them on orbital test flights. But a full stack Starship orbital test flight is expected before the end of this year.

If that mission is successful, SpaceX will have taken its super heavy-lift vehicle from the drawing board and into space in far less time than it took NASA to do the same with the SLS. SpaceX’s goal is to build an entire fleet of Starships and launch multiple vehicles on a daily basis, at an average launch cost of $1 million or thereabouts.

NASA sees considerable potential in Starship, last year tapping the vehicle as its lunar lander for Artemis 3, which aims to put astronauts down near the moon’s south pole in 2025 or 2026.

By contrast, the framework of the Artemis program, paired with construction timelines for a full SLS/Orion stack, puts the NASA rocket on a launch cadence of about once every two years. Also, SLS is not built for reuse. The entire vehicle, sans Orion, is based on space shuttle era technology. SLS’ core stage boasts the familiar orange tint of the shuttle’s main fuel tank, with a diameter to match, though the SLS tank is taller to accommodate higher volumes. SLS’ two solid rocket boosters are also scaled-up versions of their shuttle counterparts. The rocket’s main engines are leftover RS-25 engines made for and flown on previous space shuttle missions.

A report from NASA’s Office of Inspector General released in November 2021 outlines just how much development costs increased for SLS between its first iteration and now, and revealed how expensive each SLS launch will be. According to the report (opens in new tab), NASA will end up spending a total of $93 billion on the Artemis program between 2012 and 2025, and each SLS/Orion launch will have a price tag of about $4.1 billion.

Where has all that money been going? And, if Starship is more powerful, more capable, costs less and launches more often, will SLS be rendered obsolete the moment Starship becomes operational?

The short answer is yes. The long answer is also yes, but with some important caveats.

For one thing, SLS development has engaged many different partners around the United States and the world. A map on NASA’s website pinpoints contributing contractors in every U.S. state and over 20 partners across Europe. Part of the Artemis program’s $93 billion price tag is distributed to those companies and their workers.

Keeping those aerospace industry jobs going became a yearly focus for many in the U.S. Congress hoping to boost their political standing with constituents and district aerospace companies. This helps give SLS and the Artemis program staying power.

In her recent book “Escaping Gravity” (Diversion Books, 2022), former NASA Deputy Administrator Lori Garver describes the symbiotic back scratching that takes place between Congress and the aerospace industry as “a self-licking ice cream cone,” and it goes back to the space shuttle era and earlier. (This pattern isn’t restricted to the space industry, of course; funneling jobs of all sorts to their constituents is a time-honored congressional practice.)

So, what’s the answer? SLS isn’t going away anytime soon. The launch vehicles for Artemis missions 2 through 4 are already being assembled, even with the next Artemis mission two years away (or more). But there is an argument to be made for the Artemis program as a whole.

If the purpose of NASA is to advance humanity’s exploration of space, assuming that directive is supported by the general populace, it behooves a society to pool its resources for that endeavor into a publicly controlled agency rather relying fully upon a private company, or person, with the ability to shape that undertaking however they see fit — even if that creates an imperfect process riddled with inefficiencies.

The coming-togetherness that occurs when so many have a stake in a program as large as Artemis should not be underestimated. Hundreds came out for the first SLS rollout to the launch pad in March of this year. Hundreds of thousands arrived to the Space Coast for the Artemis 1 launch, and they’re not here just to see a big rocket.

People from every walk of life across the United States have poured their careers into making SLS a reality. The glory days of the Apollo moon missions are a distant memory for some and an awe-inspiring historical feat for most. Artemis is helping reignite that spark for exploration in a way that has allowed people to feel invested in the program’s success.

People feel ownership over Artemis. When NASA says “We are going,” the agency isn’t talking about some in-group of elite astronauts. They’re talking about us. We are launching people back into deep space. We are sending humans back to the moon. We are. All of us. And we’re doing it together.

So is the cost of the SLS, and the Artemis program as a whole, worth it? Maybe. If Artemis accomplishes all that it has set out to accomplish over the next 10 years or more, that “maybe” could shift to a “probably.” Once SpaceX’s Starship is launching as often as the company hopes, it’s possible we’ll see a cancellation of Artemis similar to that of Apollo. But the difference, hopefully, would be the emergence of a bold and flourishing space industry to cement the obsolescence of SLS, letting a new age of human exploration blossom, rather than another 50 years of human spaceflight stagnation, in which people never venture beyond low Earth orbit.