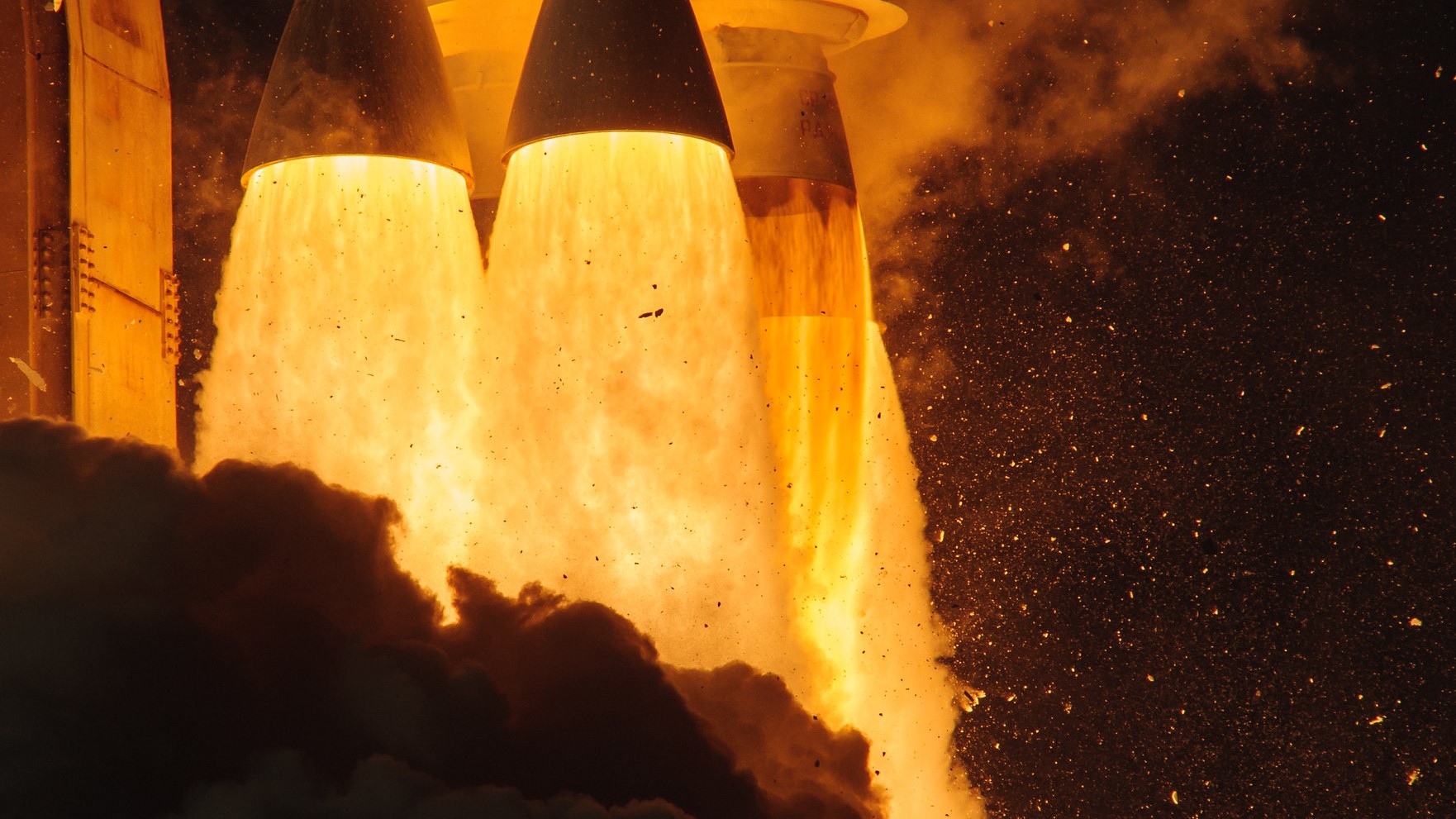 Many around the world will watch eagerly this Saturday as NASA launches Artemis 1 (opens in new tab), the agency’s first moon exploration mission since the 1970s.

The spectacle involves the most powerful rocket in the world: the Space Launch System (SLS). Standing at nearly 330 feet (100 meters) tall and weighing more than 2,900 tons (2,600 tonnes), the SLS produces a massive 8.8 million pounds of thrust — (more than 31 times the thrust of a Boeing 747 jet (opens in new tab)).

But it’s not just amazing engineering that’s behind rocket science and space exploration. Hidden within, there’s clever chemistry that powers these fantastic feats and sustains our fragile life in space.

The fuel and the spark

To launch a rocket into space, we need a chemical reaction known as combustion. This is where fuels are combined with oxygen, producing energy as a result. In turn, that energy provides the push (or thrust) needed to propel mammoth machines like the SLS into Earth’s upper atmosphere and beyond.

Much like cars on the road and jets in the sky, rockets have engines where combustion takes place. SLS has two engine systems: four core stage RS-25 engines (opens in new tab) (upgraded space shuttle engines) and two solid rocket boosters (opens in new tab). And chemistry is what provides a unique fuel mixture for each engine.

The core stage engines use a mixture of liquid oxygen and liquid hydrogen, whereas the solid rocket boosters, as the name suggests, contain a solid propellant — a hard, rubber-like material called polybutadiene acrylonitrile. In addition to being fuel itself, this material contains fine particles of aluminum metal as fuel, with ammonium perchlorate as the oxygen source.

While fuel for the solid rocket boosters is easily stored at room temperature, the core stage engine fuels need to be stored at minus 423 degrees Fahrenheit (minus 253 degrees Celsius) for liquid hydrogen and minus 300 degrees F (minus 183 degrees C) for liquid oxygen. That’s why you see sheets of ice shearing off rockets upon liftoff — the fuel vessels are so cold, they freeze moisture from the surrounding air.

After many people requested a shot of the whole #AtlasV from last weeks launch I went back through my folder & found this shot. I love the frost coming off the body & the ice chips falling from the side. Sorry its not the entire rocket but its the best I had.😎 #ULA #NASA #Space pic.twitter.com/co0H91V4hlMarch 30, 2020

But there’s another bit of interesting chemistry that happens when we need to light the fuel. Depending on the fuel source, rockets can be ignited electrically through a glorified spark plug… or chemically.

If you’ve ever watched a space launch and heard talk about “TEA-TEB ignition,” that’s referring to triethylaluminium and triethylborane (opens in new tab). These two chemicals are pyrophoric — meaning they can catch fire spontaneously when exposed to air.

Sustaining life amongst the stars

It’s not just rockets that are fueled by chemistry. Life support systems in space rely on chemical processes keeping our astronauts alive and breathing — something we on Earth often take for granted.

We all know the importance of oxygen, but we also exhale carbon dioxide as a toxic waste product when we breathe. So, what happens to carbon dioxide in the sealed environment of a space capsule like the ones in the Apollo moon missions or on the International Space Station (ISS)?

Remember Tom Hanks trying to fit a square peg into a round hole (opens in new tab) in the movie Apollo 13? Those were carbon dioxide scrubbers that NASA used for removing this toxic gas from the interior of space capsules.

These scrubbers are expendable filters packed with lithium hydroxide (opens in new tab) (similar to a chemical you can find in drain-cleaning fluid) that capture carbon dioxide gas through simple acid-base chemistry (opens in new tab). While these scrubbers are highly efficient in removing carbon dioxide and allowing astronauts to breathe easy, the filters have a finite capacity. Once saturated, they are no longer effective.

So, for extended space missions, using lithium hydroxide filters is not feasible. Scientists later developed a system that uses a reusable carbon dioxide scrubber made with minerals called zeolites. With zeolite, the captured carbon dioxide can be released into space, and the filters are then free to capture more gas.

But in 2010, scientists found an even better way to manage carbon dioxide, by turning this waste product into another essential component to life: water.

From waste to resource

The Environmental Control and Life Support System on the ISS replaces carbon dioxide scrubbers with the Carbon Dioxide Reduction System (opens in new tab), also known as the Sabatier system. It’s named after the chemical reaction central to its function, which in turn is named after its discoverer, 1912 Chemistry Nobel Prize (opens in new tab) winner Paul Sabatier.

This system combines carbon dioxide with hydrogen gas to form water and methane. The methane gas is vented into space, and through a process called hydrolysis, the water is split into breathable oxygen and hydrogen gas. The latter is then recycled to transform more carbon dioxide into water.

This process is not just useful for space exploration. Closer to home, chemists are researching similar systems (opens in new tab) to potentially address greenhouse gas emissions — while it’s no panacea, the Sabatier reaction could help us recycle some carbon dioxide here on Earth.

Meanwhile, NASA’s Artemis moon mission aims (opens in new tab) to land the first woman and person of color on the moon and establish a long-term human presence in a lunar base. The Sabatier reaction and other little-celebrated chemical processes will be key to humankind’s continued space endeavors.