Kena: Bridge Of Spirits Meditation Spot Guide – Where To Increase Your Health

Though Kena: Bridge of Spirits is a cute and colorful game, its art style belies the tough battles you’ll fight as you make your way through it. Bosses and regular enemies alike can pummel Kena with big hits that can quickly take her down, even at easier difficulties. Luckily, there are ways to make yourself more resilient, in the form of special meditation locations scattered throughout the game. Meditate at one of these spots and you’ll increase Kena’s total health–but only some of these locations are obvious, while many more require you to seek them out.

We’ve scoured the world of Kena: Bridge of Spirits to find all the meditation locations hidden throughout the game, to help you get your health as high as it can be. Here’s where you can find all 11 locations in each of the game world’s areas. 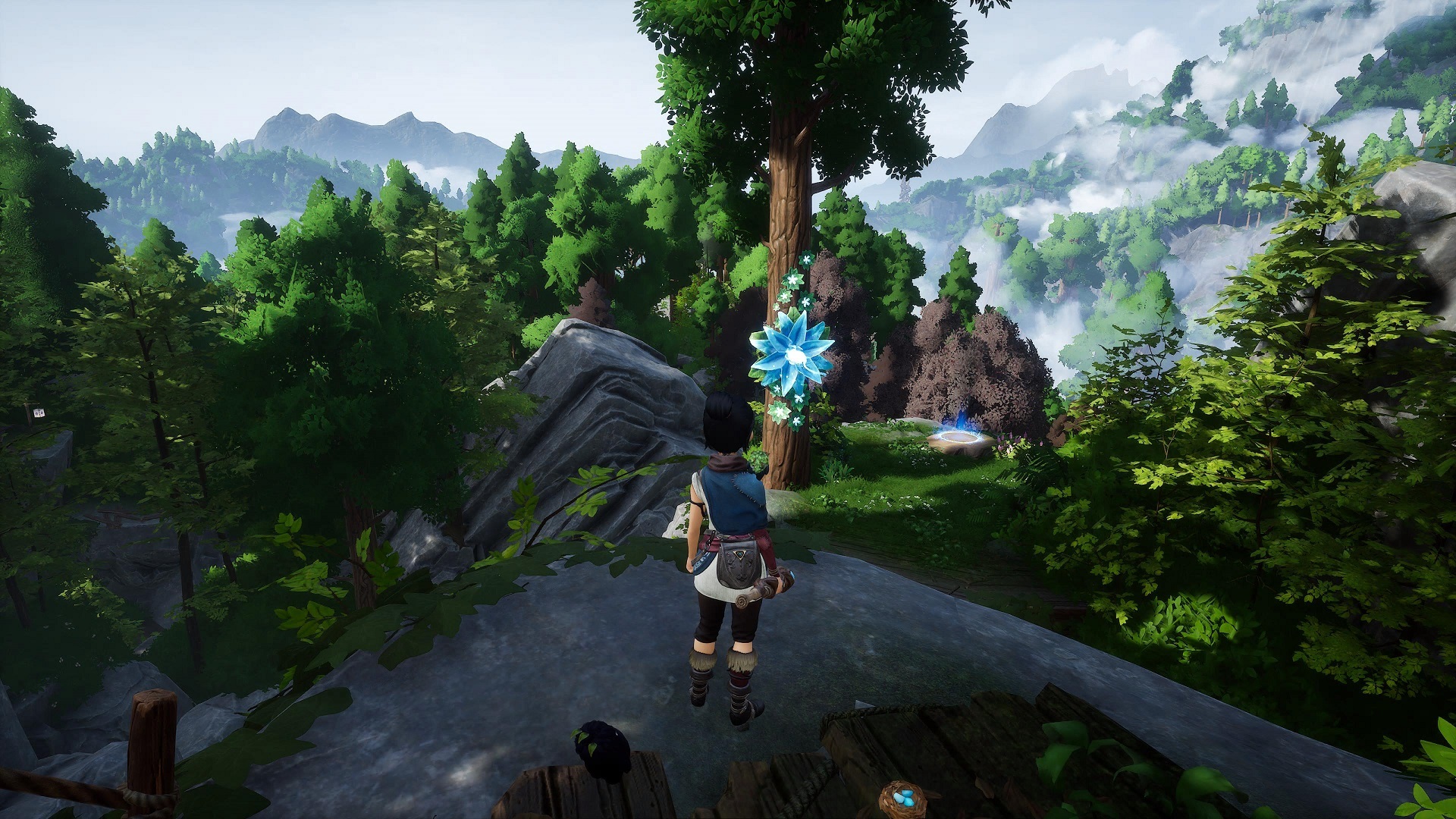 Right after getting the bow, start down the mountain and use the bow to lower a drawbridge. On the far side, you’ll see a gap you can’t jump with a blue flower on the far side. This is the first time you’ll see this mechanic, in which shooting the flower yanks Kena across to it. When you reach the cliff beneath the flower, you’ll find the meditation spot.

Forgotten Forest – Near The Water Shrine 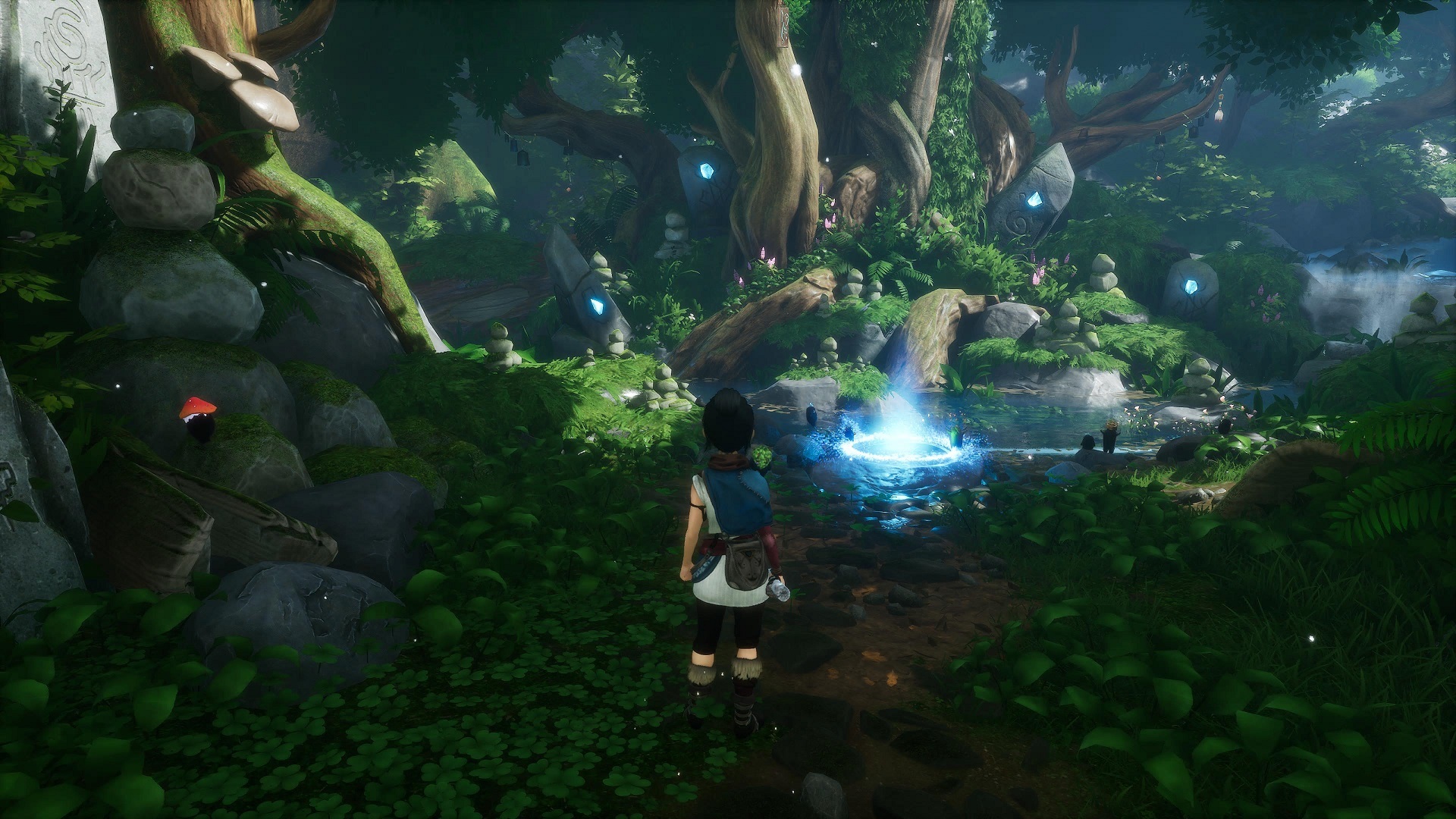 As you’re cleansing the corrupted shrines around the Forgotten Forest, head south and east from the Water Shrine. You’re looking for a brook you can follow back into the woods. You’ll find it just next to a stone ruin where you send the Rot to move a big square block, helping you to climb up a destroyed staircase to reach a higher ridge above. 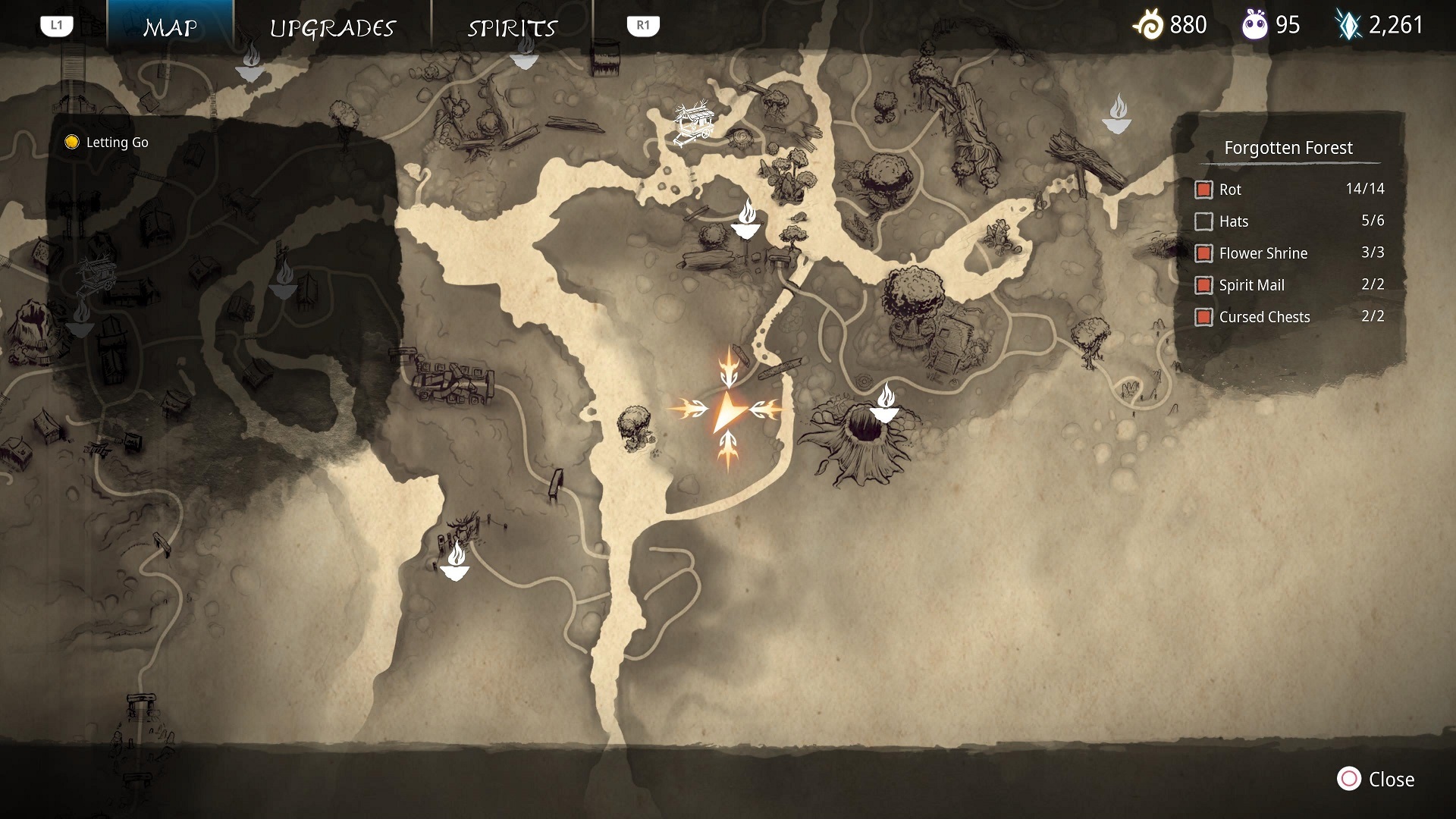 Follow the water into the woods and use some stone platforms to jump across a deeper part to the path beyond. If you keep following the water, you’ll eventually find this nice little spot from the Kena: Bridge of Spirits loading screen where you can extend your health.

Forgotten Forest – Near The Lantern Cave 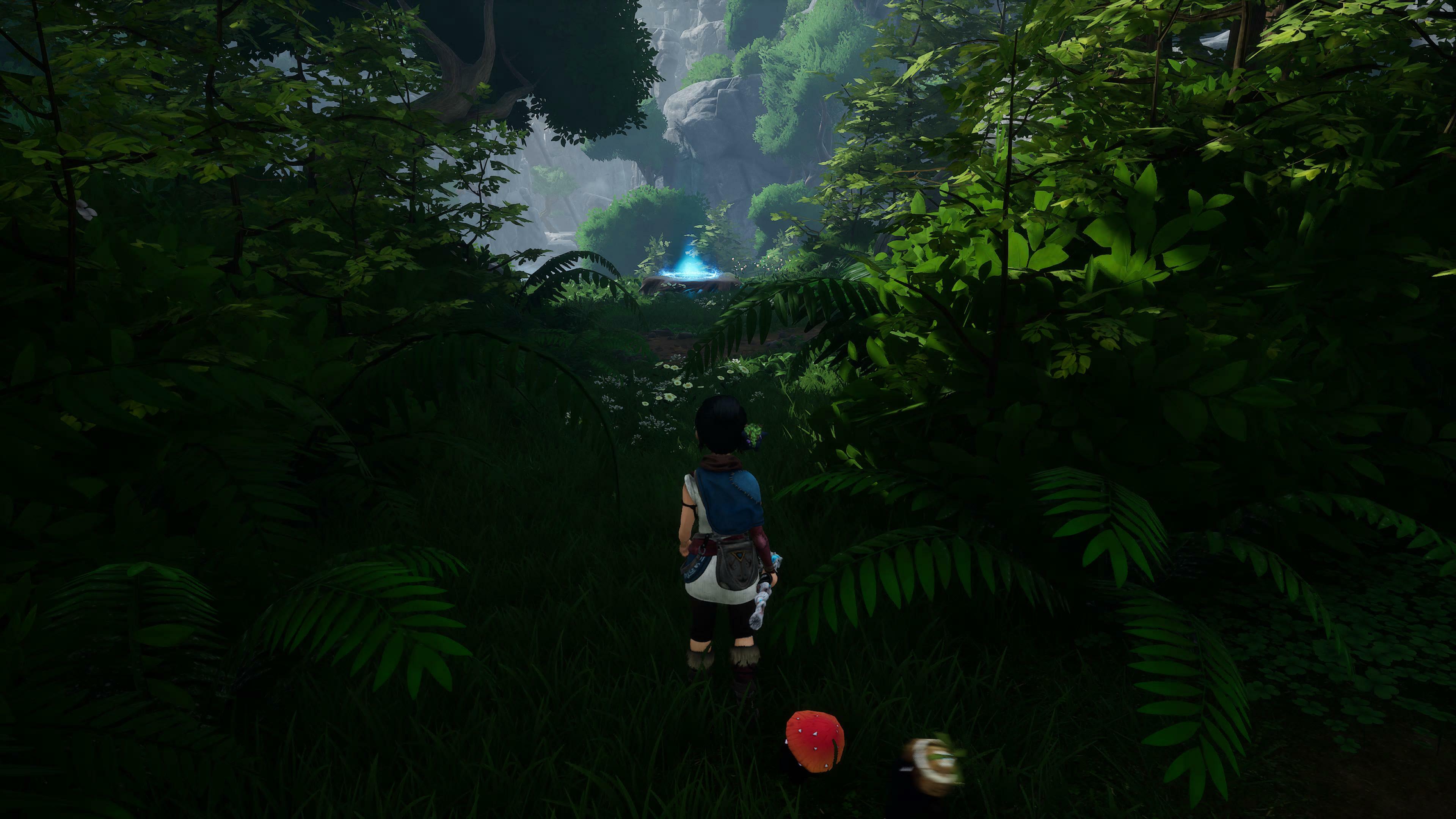 After cleansing each of the shrines, you’ll find a way to open the Lantern Cave near the southeastern part of the area. From the hat cart, follow the path east and then north. 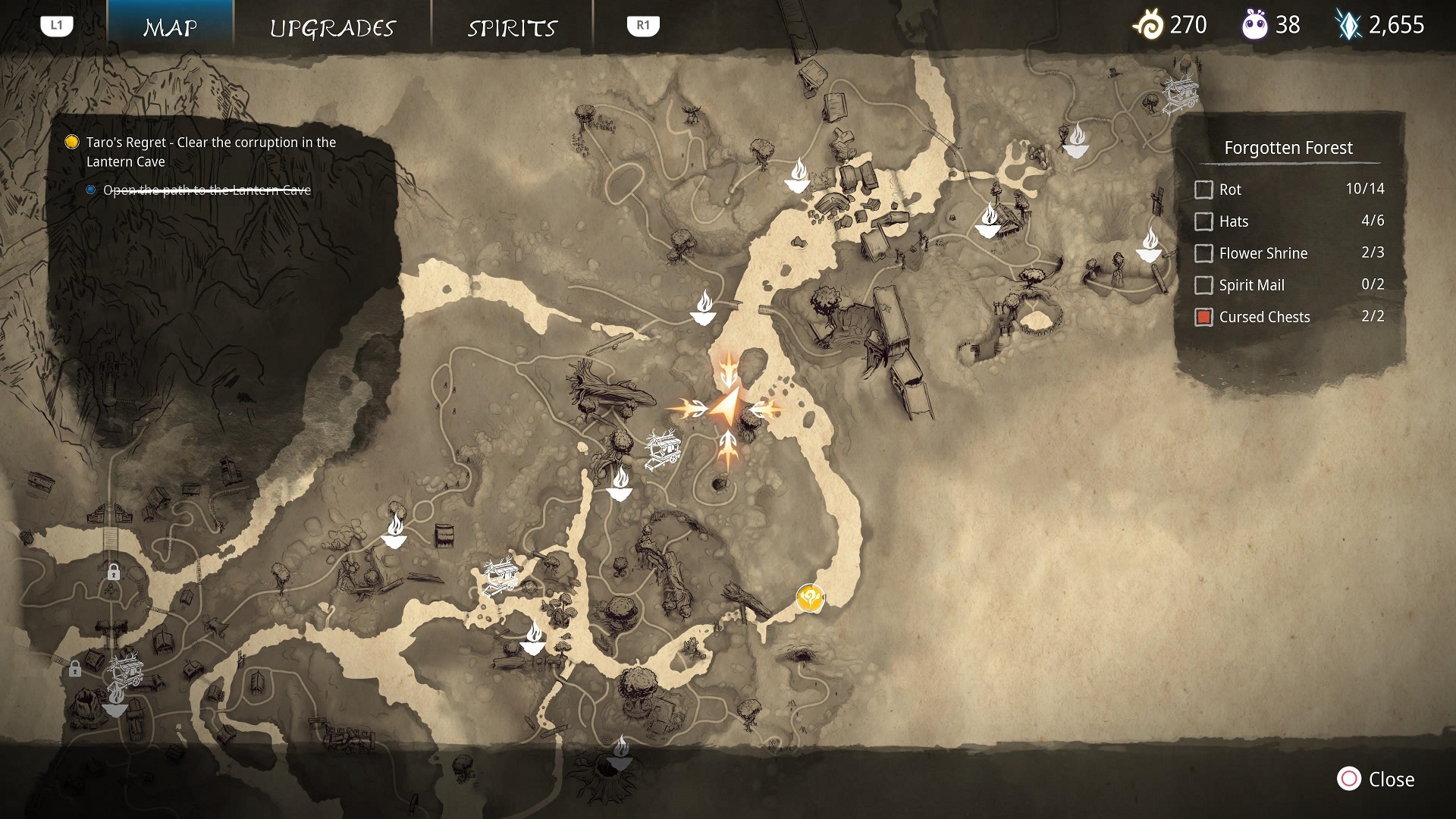 You’ll find the hidden meditation spot in the underbrush near the cliff overlooking the river. 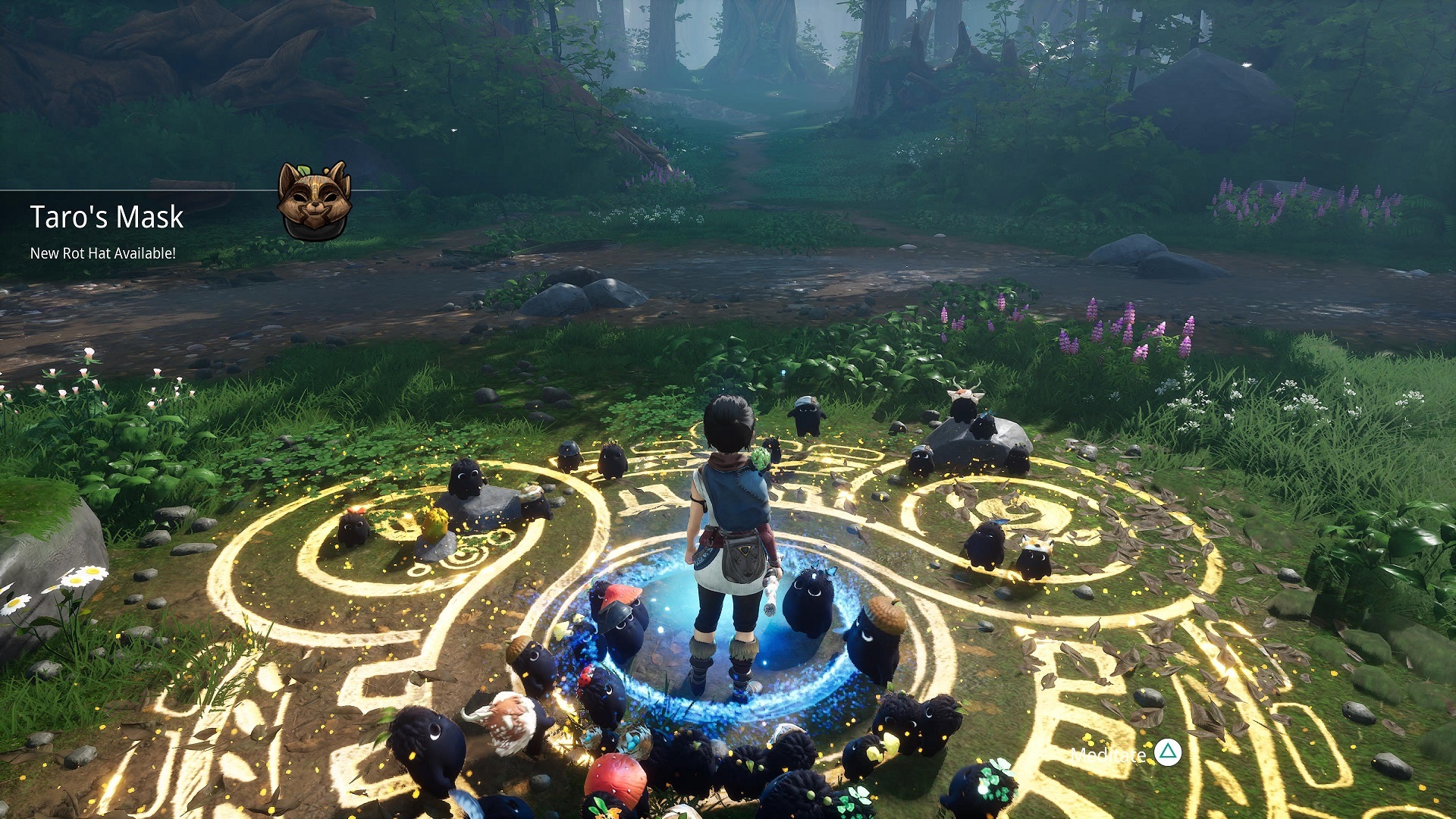 Every time you beat a corrupted spirit boss, you’ll unlock a meditation point in the place where you summoned them. Taro’s is in the Taro’s Tree area where you fight the boss. 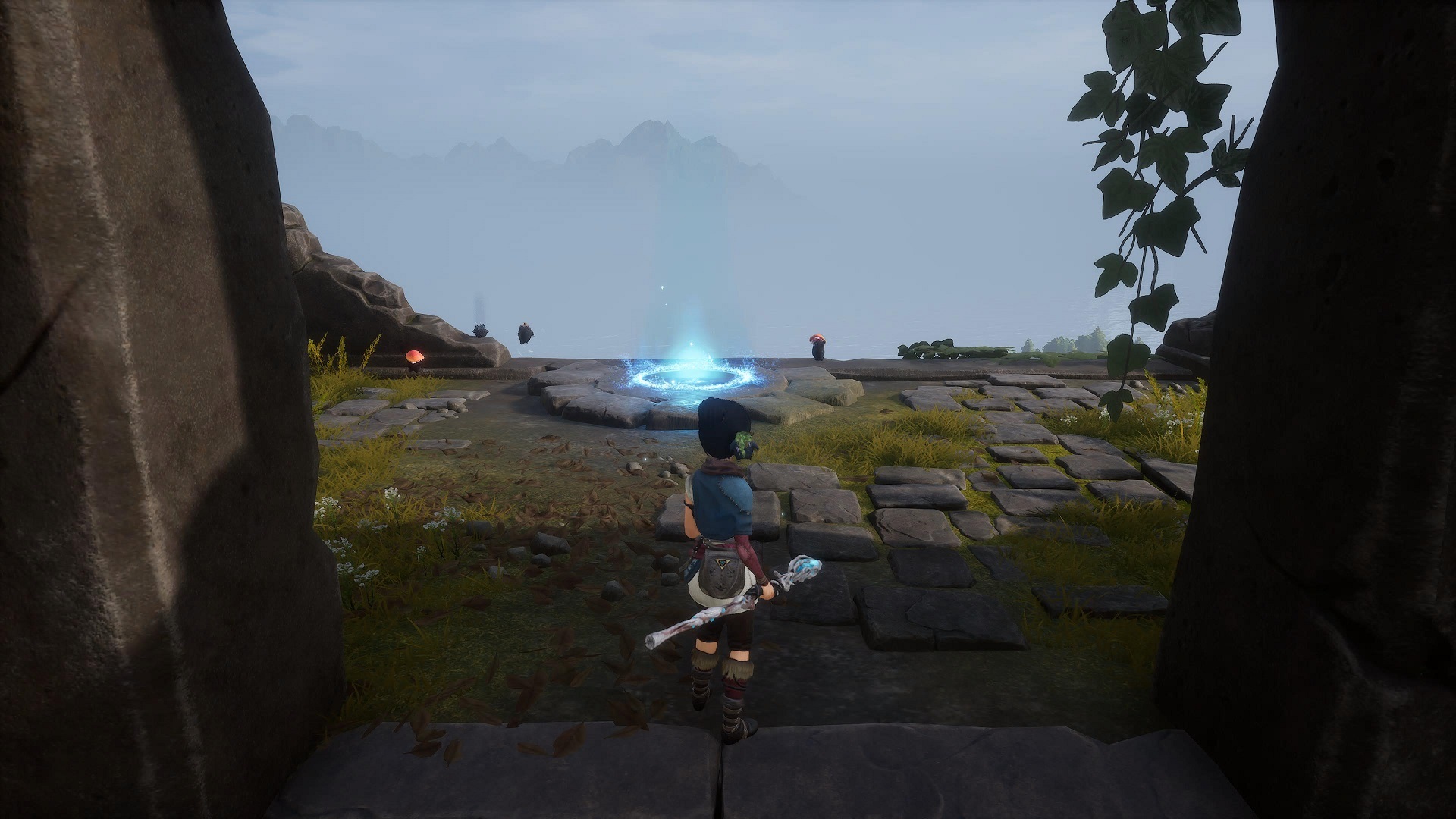 To complete the Adira’s Love, you’ll need to clear corruption from three locations. The southernmost of these is the Ancient Well. 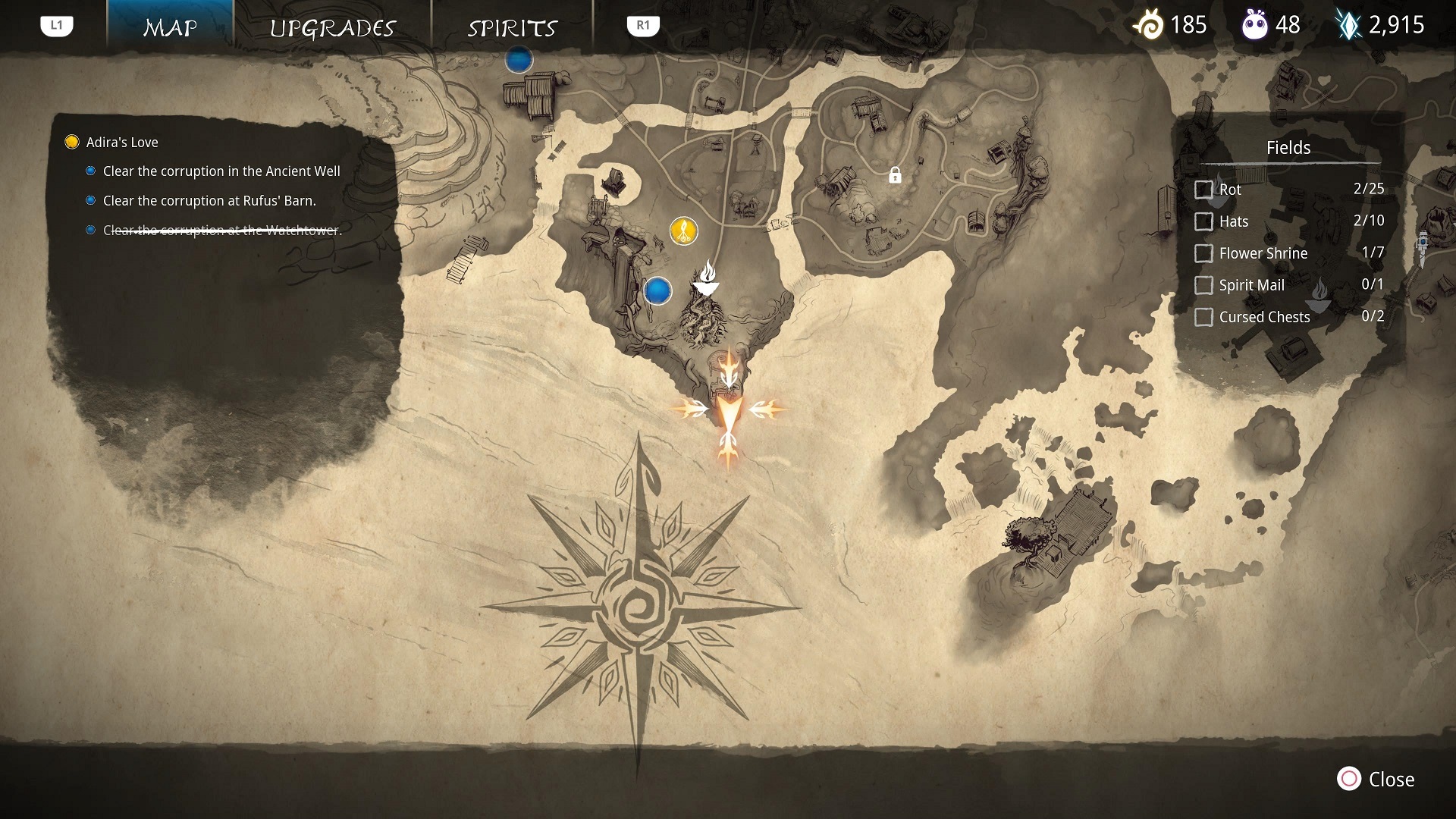 As you work your way through the area, head south behind the giant tower and look for a cliff past the ruins, with a meditation circle at its edge. 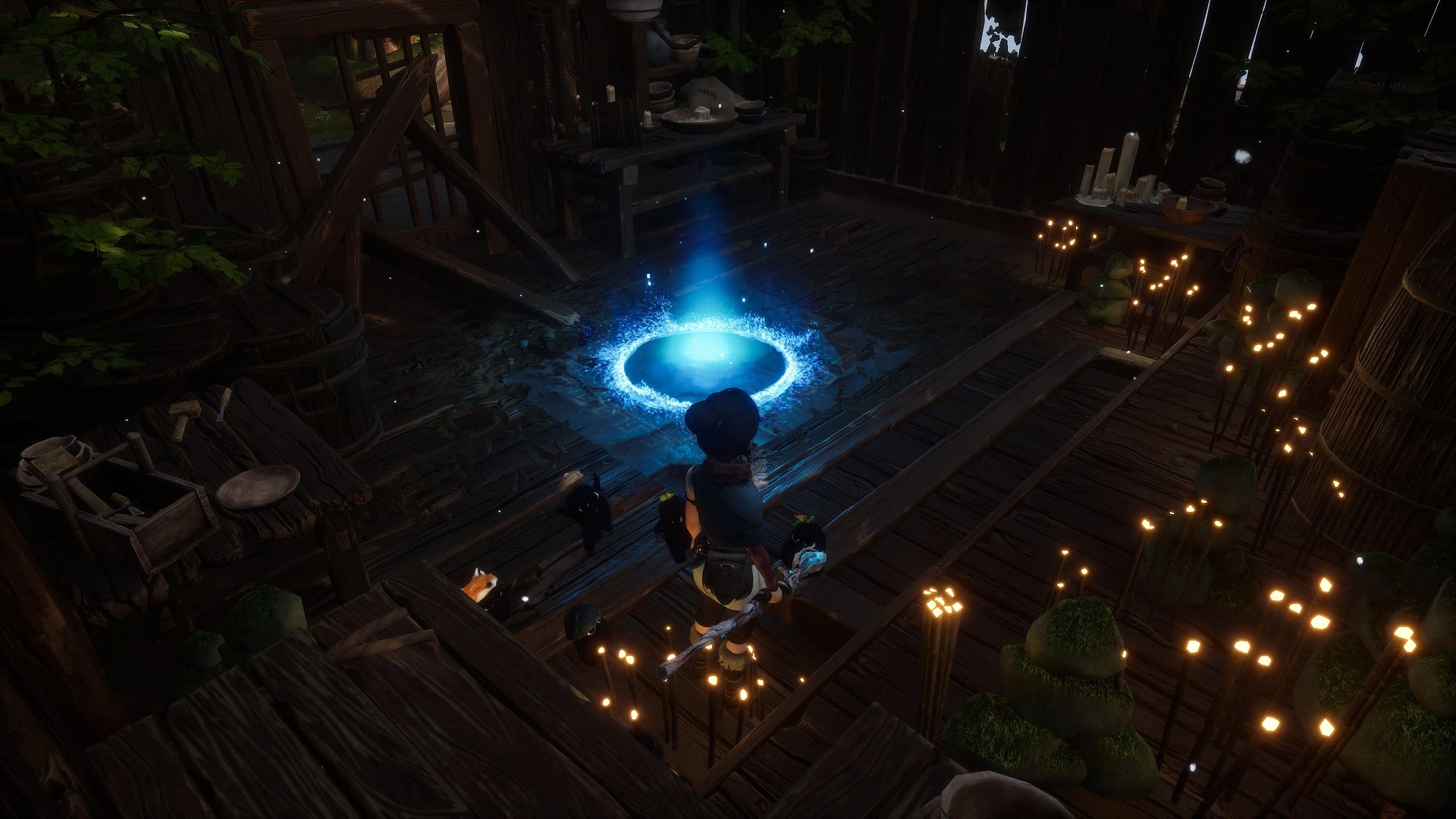 To earn the second relic for the Woodsmith, Adira’s Fear, you’ll head to the Forge. Immediately after winning the fight and claiming the relic, head into the nearby building and look up for a path where you can climb and shimmy along the edge of a destroyed wall. 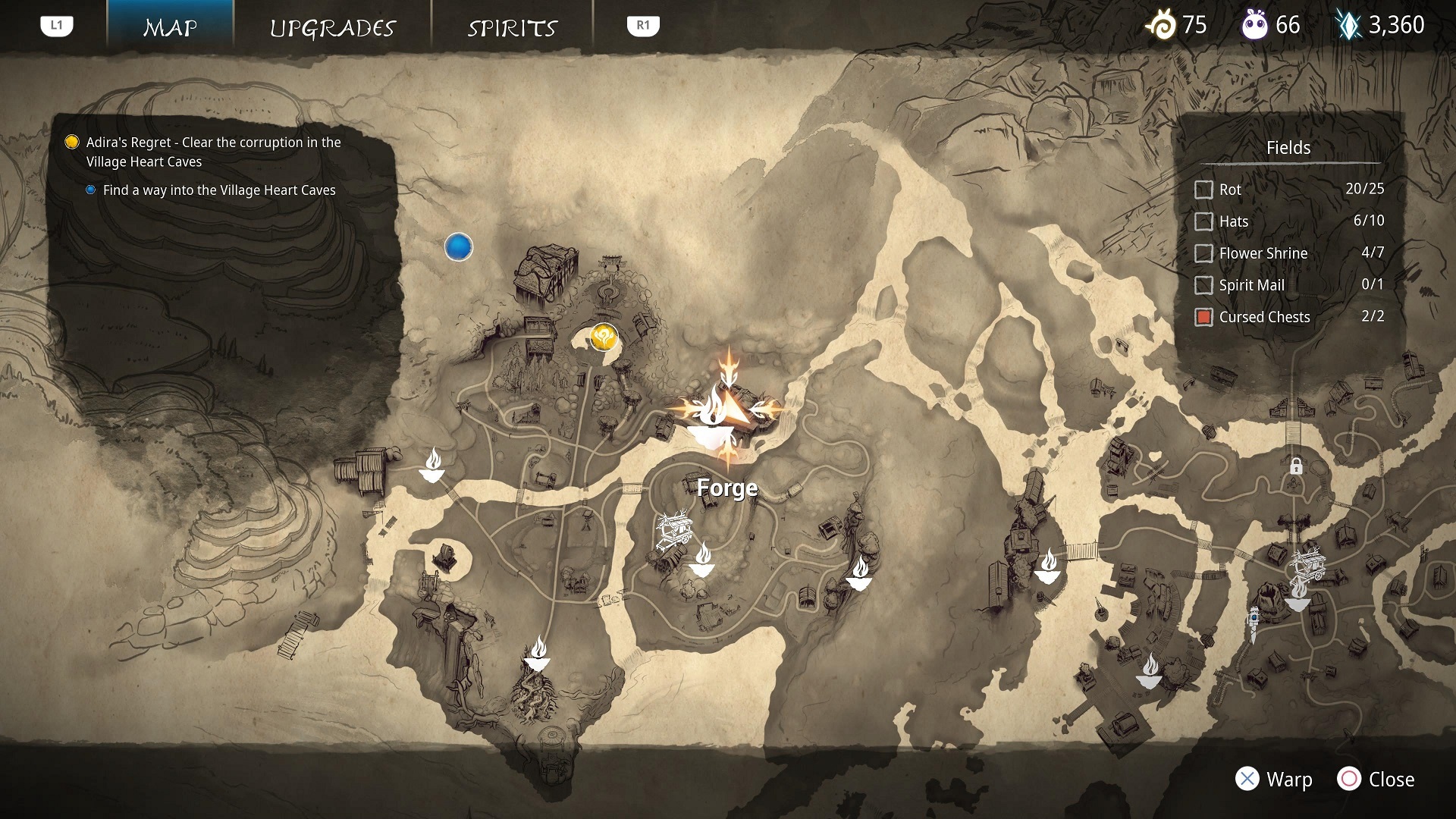 That path will take you into a room in the destroyed building that’s otherwise sealed, with a meditation circle inside. 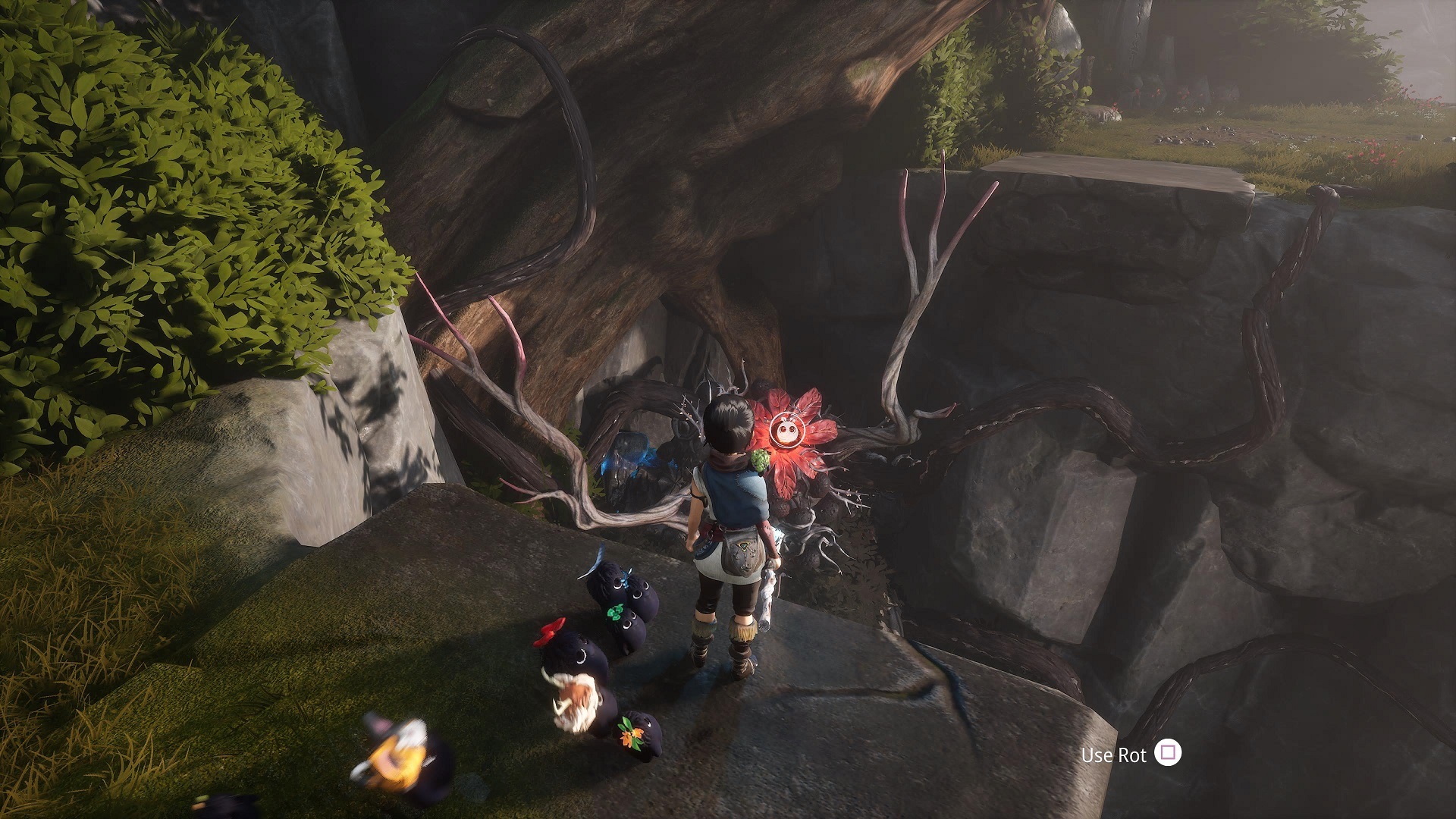 After you clear the corruption from the outside of the Village Heart area, you’ll head into a big cave where you’ll have to complete some statues to open the door forward. Instead, while facing the door, hang a left and head outside. Turn left again when you reach the cliff and you’ll find a gap you can’t cross. 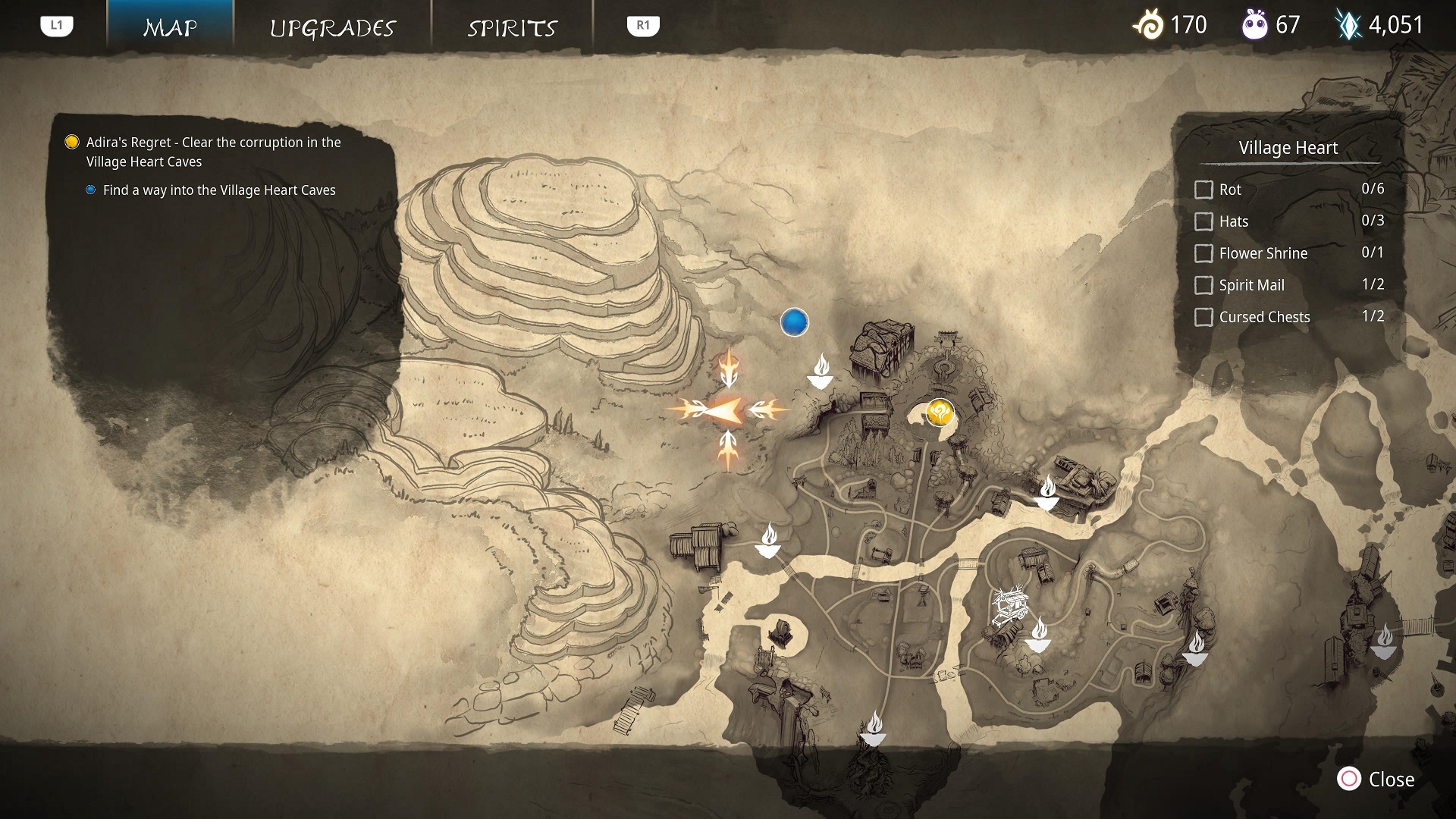 Look down and clear the corruption beneath you to reveal some rocks you can levitate with your Spirit Bomb. Use them to make a path and cross to the far side, where you’ll find a meditation spot near the cliff’s edge, overlooking the whole area. 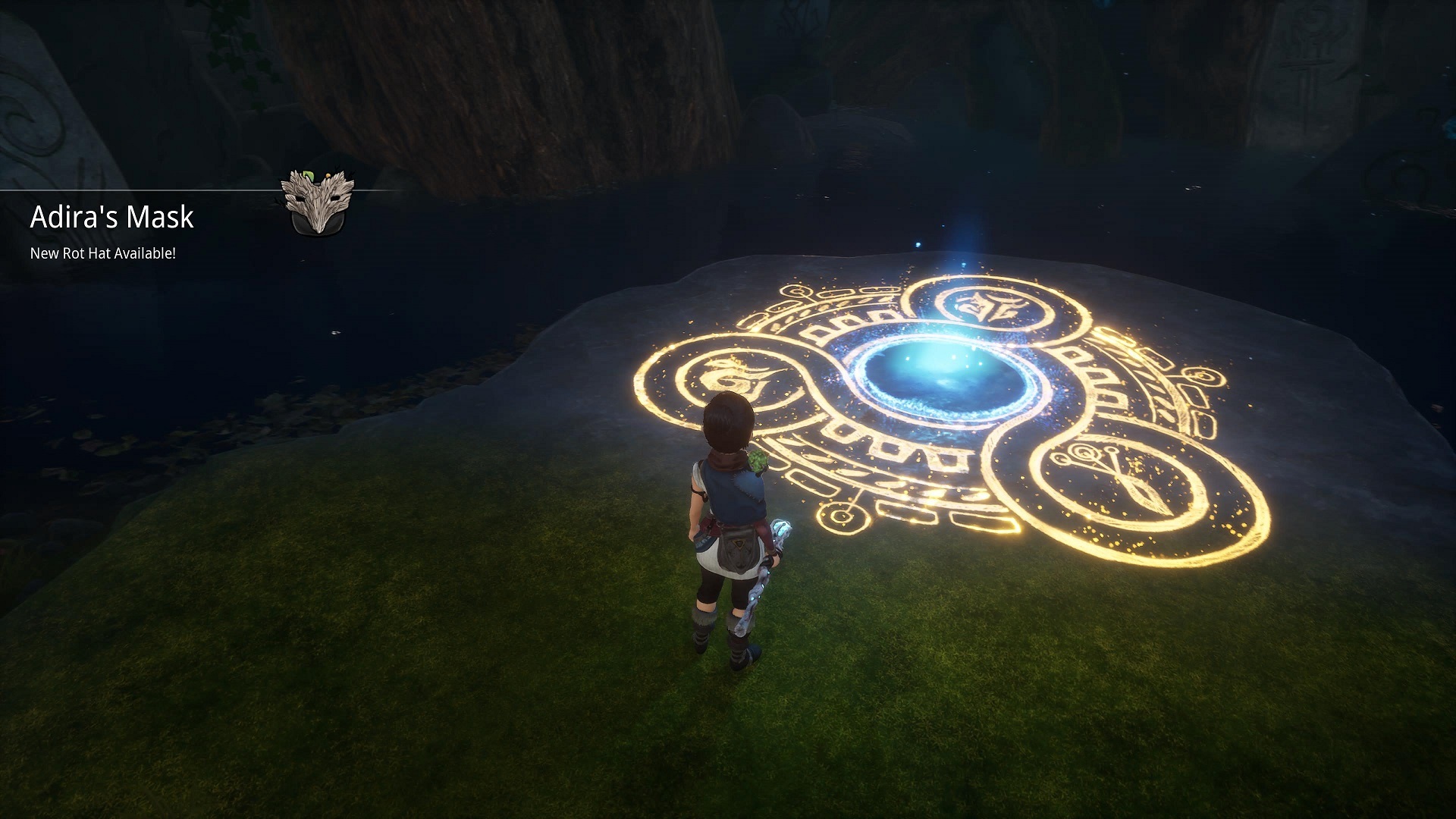 As with Taro, when the Woodsmith’s defeated, you’ll unlock a new meditation spot where you summoned her inside the big tower in the Fields. 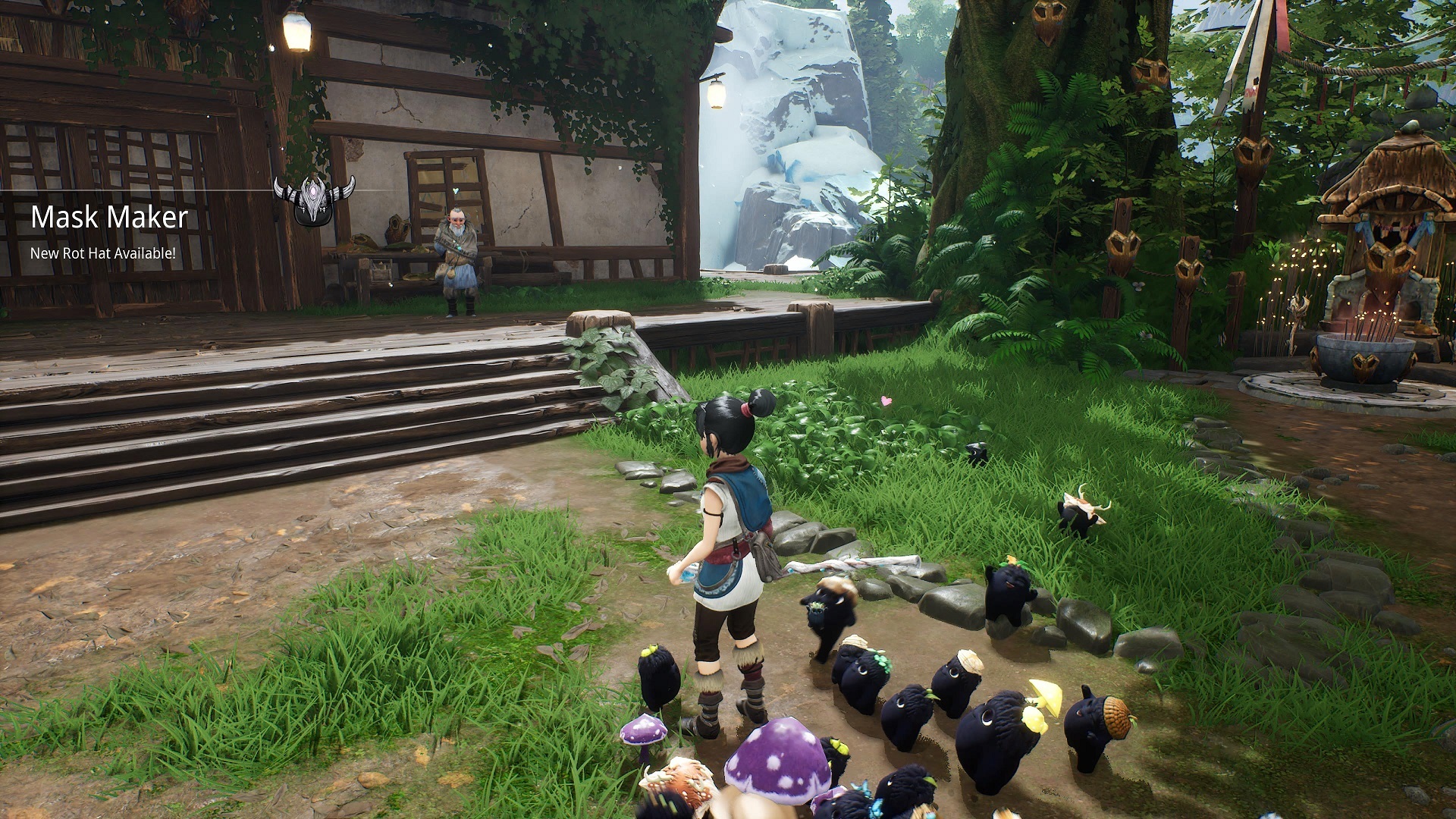 The next spirit you’ll go after is Toshi, and finding his relics will take you through the Spirit Realm version of the village. After you complete the Mask Maker path and defeat the boss, face the building where the boss spawned and go around the corner to the right. 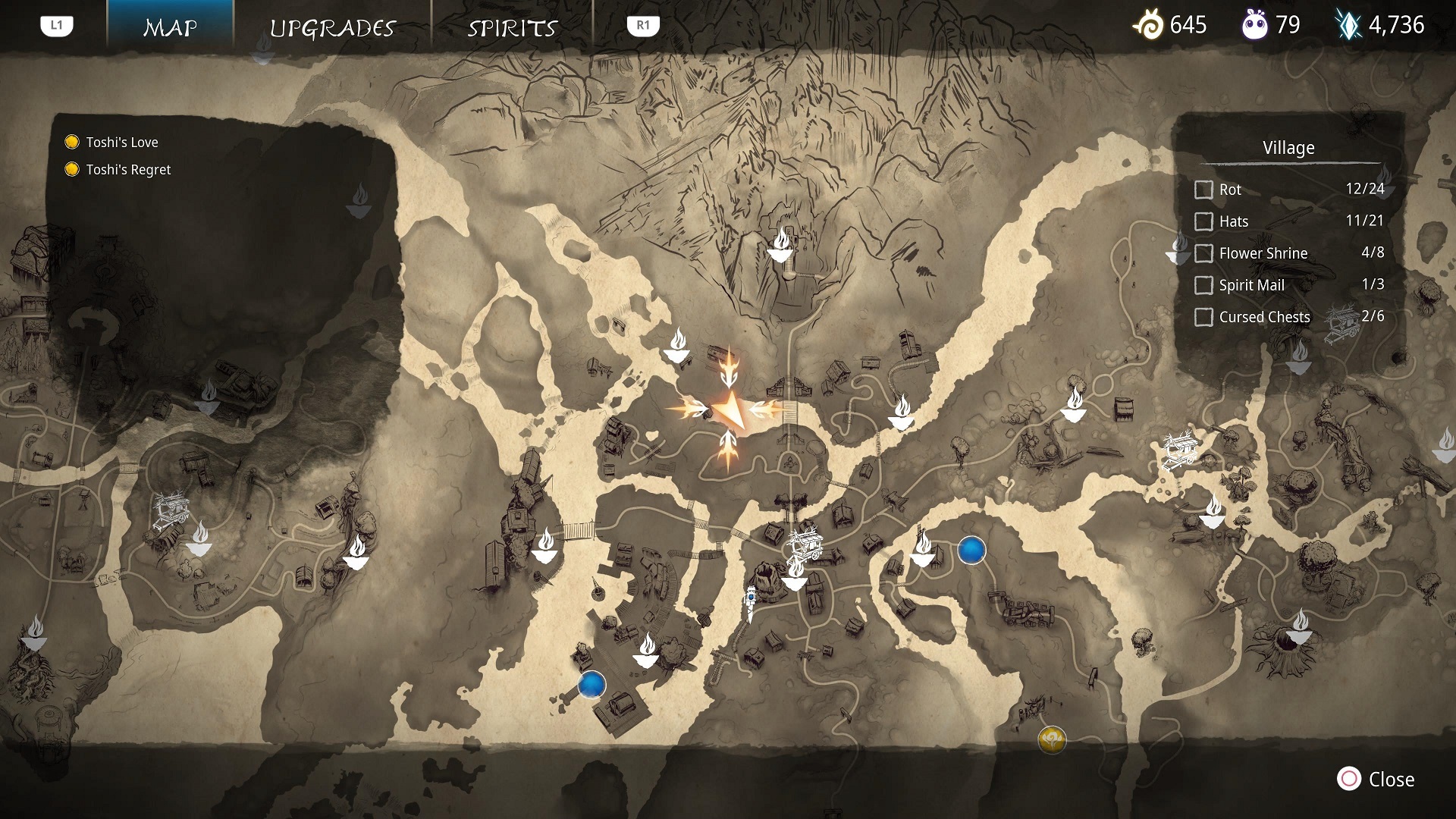 The meditation spot is out back near the cliff. 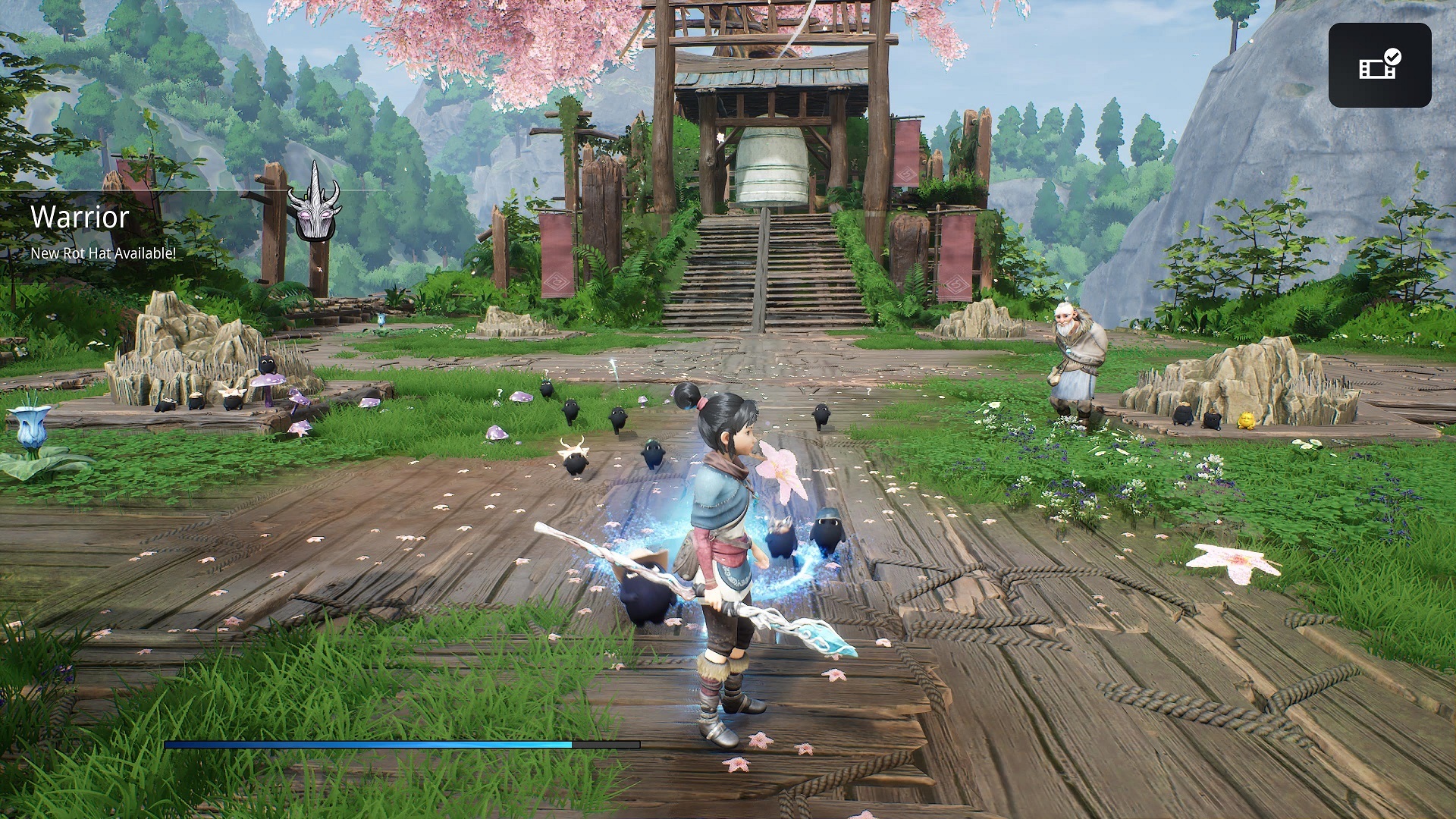 This meditation spot forms right in the middle of the platform where you fought the Warrior boss at the end of this path, a ways away from the foot of the stairs leading up to the bell. 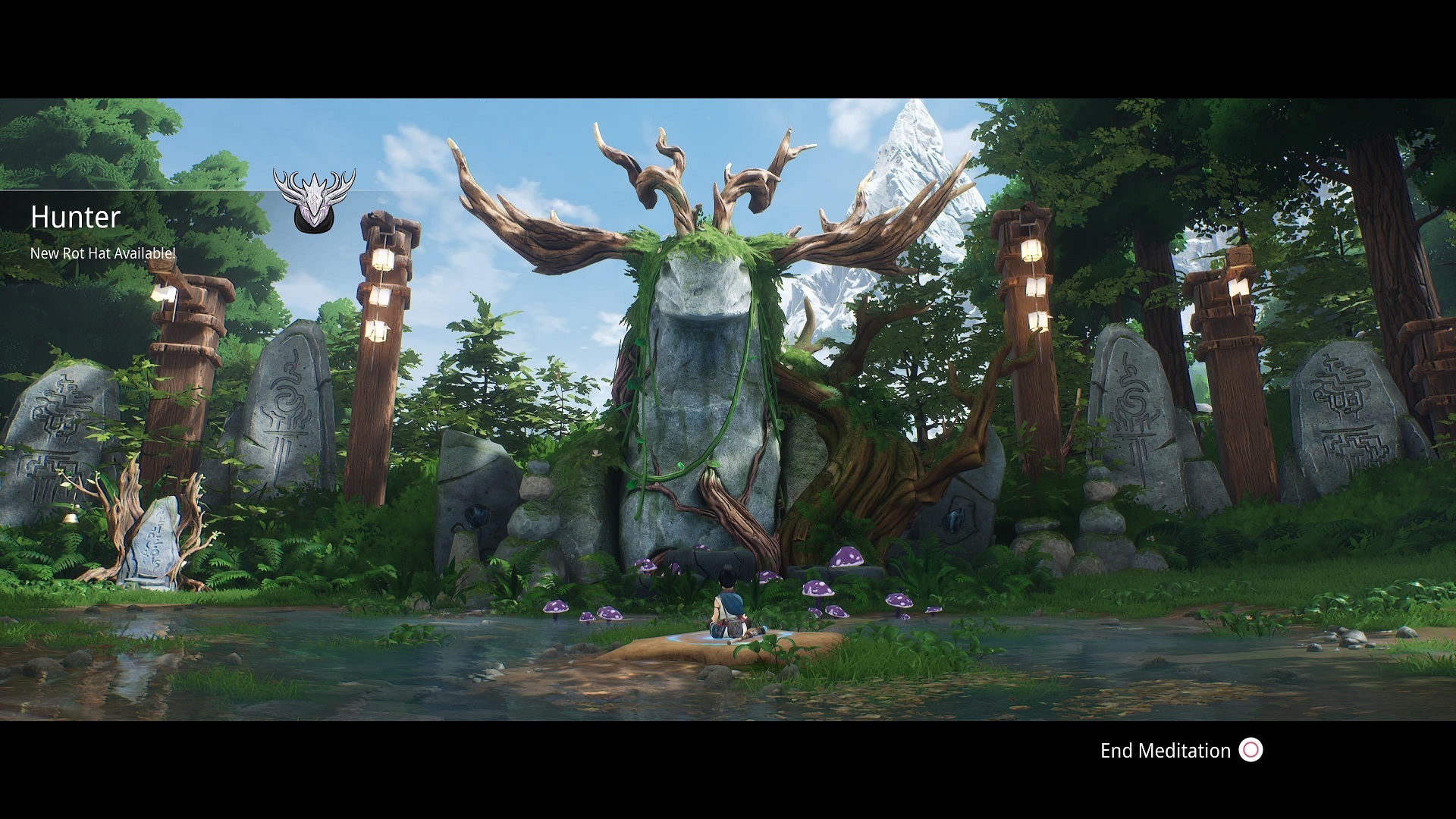 When the Hunter is defeated, this meditation circle will appear right in front of the big deer statue where he first appeared.

« Celer (CELR) gains 400% after traders embrace its multi-chain ‘cBridge 2.0’ solution » Ring’s security drone could be flying in your home soon