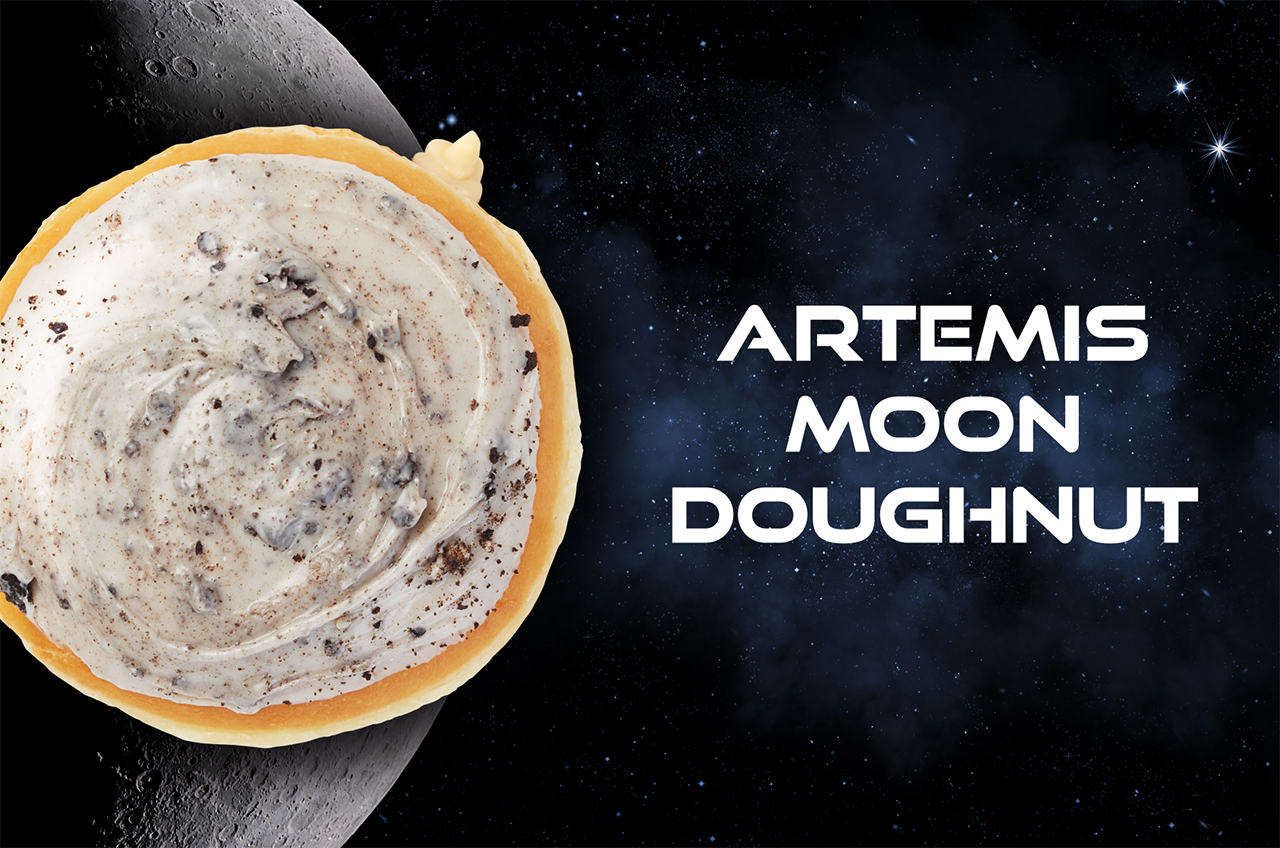 Set to go on sale the same day that NASA’s Space Launch System (SLS) rocket lifts off with an Orion spacecraft to fly around the moon, Krispy Kreme’s one-day-only “Artemis Moon Doughnut” (opens in new tab) is a Cheesecake Kreme-flavored filled doughnut dipped in “Cookies ‘n Kreme” icing with a swirl of cookie pieces.

“The Artemis 1 mission is a proud moment, and we are in awe of the amazing Americans behind the world’s most powerful rocket. So, we created these delicious doughnuts to enjoy while you watch the launch,” Dave Skena, global chief brand officer for Krispy Kreme, said in a statement issued on Friday (Aug. 26). “The Orion spacecraft atop the rocket will stay in space longer than any ship for astronauts has done without docking to a space station, but our Artemis Moon Doughnut will be available only Monday, so start the countdown and don’t miss it!”

The Artemis 1 mission is scheduled to launch on Monday (Aug. 29), but if NASA has a delay, so may Krispy Kreme. The Artemis Moon Doughnut (opens in new tab) will be available on Monday at participating shops throughout the United States, unless the space agency announces a delay by Saturday.

“In that case, the doughnut will be scheduled to blast off in shops on the new mission date. Make sure you stay tuned to Krispy Kreme social channels for a Go/No-Go announcement!” the doughnut chain’s press release read.

The Artemis 1 mission is NASA’s first major step to returning astronauts to the moon 50 years after the last Apollo crew left the lunar surface. The agency’s plans include landing the first woman and the first person of color while establishing a sustainable presence on the moon to enable humankind’s next giant leap: sending the first astronauts to Mars.

The 42-day-long Artemis 1 mission will fly without a crew, but will test the Orion capsule in a lunar distant retrograde orbit, taking it farther into space than any human-rated spacecraft has reached before.

Krispy Kreme also has a history being present at the launch (opens in new tab) of missions to the moon. The company’s doughnuts were sold at NASA’s Kennedy Space Center in Florida for those who came out to witness the Apollo 11 astronauts lift off for the moon in 1969.