Landsat at 50: How satellites revolutionized the way we see — and protect — the natural world 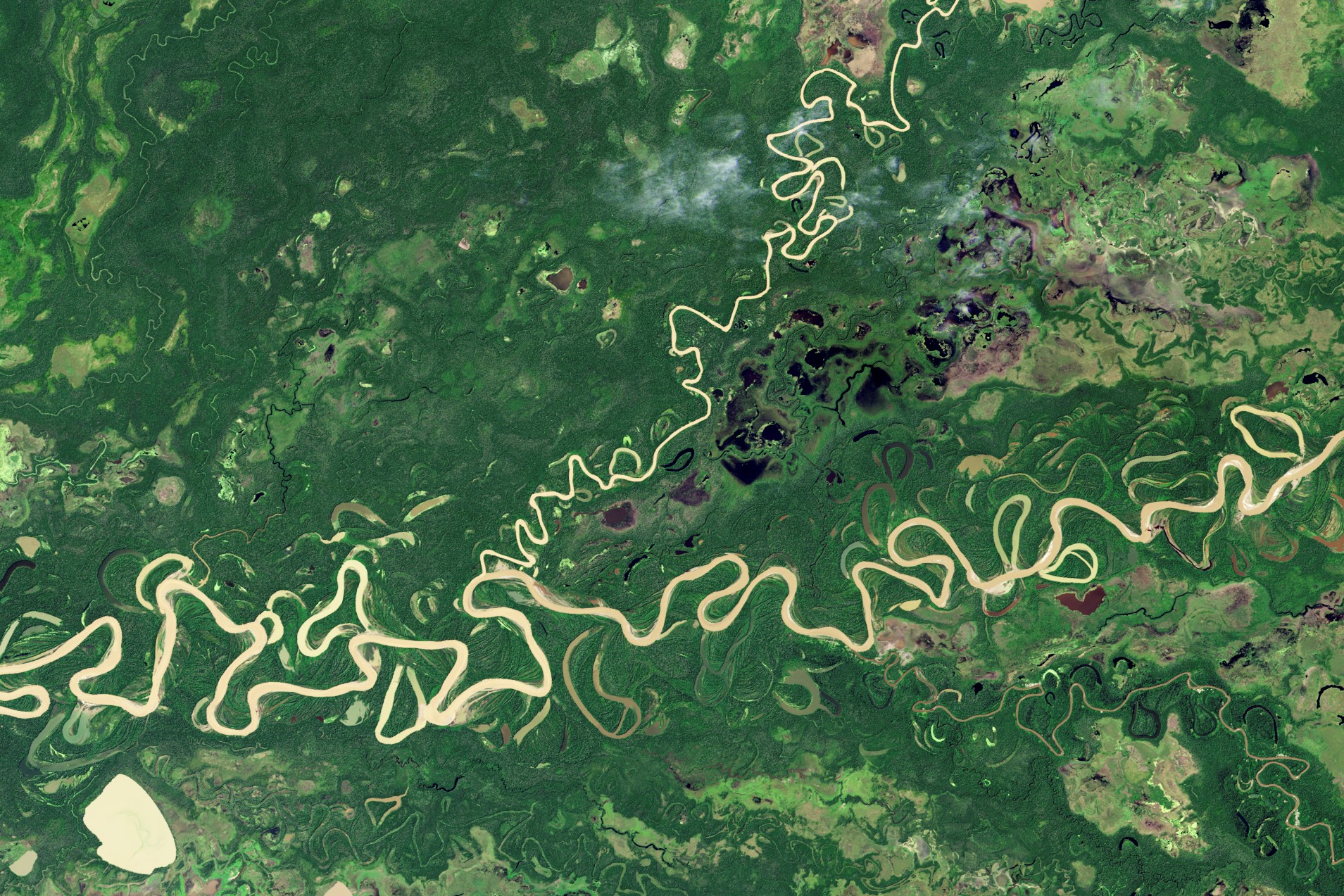 Fifty years ago, U.S. scientists launched a satellite that dramatically changed how we see the world.

It captured images of Earth‘s surface in minute detail, showing how wildfires burned landscapes, how farms erased forests, and many other ways humans were changing the face of the planet.

Related: Celebrate 50 years of Landsat with these stunning images (gallery)

The images and data from these satellites are used to track deforestation and changing landscapes around the world, locate urban heat islands, and understand the impact of new river dams, among many other projects. Often, the results help communities respond to risks that may not be obvious from the ground.

Here are three examples of Landsat in action, from The Conversation’s archive.

Tracking changes in the Amazon

When work began on the Belo Monte Dam project in the Brazilian Amazon in 2015, Indigenous tribes living along the Big Bend of the Xingu River started noticing changes in the river’s flow. The water they relied on for food and transportation was disappearing.

Upstream, a new channel would eventually divert as much as 80% of the water to the hydroelectric dam, bypassing the bend.

The consortium that runs the dam argued that there was no scientific proof that the change in water flow harmed fish.

“As scientists who work with remote sensing, we believe satellite observations can empower populations around the world who face threats to their resources,” Das and his colleagues write.

The first satellite image shows the Big Bend of the Xingu River on May 26, 2000, before the Belo Monte Dam project began. The image then overlaid on top is the same region on July 20, 2017.  Gif made with juxtapose.knightlab.com. (Image credit: NASA) (opens in new tab)It’s hot in the city — and even hotter in some neighborhoods

“Cities are generally hotter than surrounding rural areas, but even within cities, some residential neighborhoods get dangerously warmer than others just a few miles away,” writes Daniel P. Johnson (opens in new tab), who uses satellites to study the urban heat island effect at Indiana University.

Neighborhoods with more pavement and buildings and fewer trees can be 10 degrees Fahrenheit (5.5 degrees Celsius) or more, warmer than leafier neighborhoods, Johnson writes. He found that the hottest neighborhoods tend to be low-income, have majority Black or Hispanic residents and had been subjected to redlining, the discriminatory practice once used to deny loans in racial and ethnic minority communities.

Knowing which neighborhoods face the highest risks (opens in new tab) allows cities to organize cooling centers and other programs to help residents manage the heat.

The making of ghost forests

Satellites that scan the same areas year after year can be crucial for spotting changes in hard-to-reach regions. They can monitor snow and ice cover, and, along U.S. Atlantic coast, dying wetland forests.

Emily Ury (opens in new tab), an ecologist now at the University of Waterloo in Ontario, used Landsat data to spot wetland changes. She then zoomed in with high-resolution images from Google Earth — which includes Landsat images — to confirm that they were ghost forests.

“The results were shocking. We found that more than 10% of forested wetland (opens in new tab) within the Alligator River National Wildlife Refuge [in North Carolina] was lost over the past 35 years. This is federally protected land, with no other human activity that could be killing off the forest,” Ury writes.

Landsat’s view of the Alligator River and refuge shows signs of ghost forests on the east side of the river. (Image credit: NASA Earth Observatory) (opens in new tab)

As the planet warms and sea levels rise, more salt water is reaching these areas, increasing the amount of salt in the soil of coastal woodlands from Maine to Florida. “Rapid sea level rise seems to be outpacing the ability of these forests to adapt to wetter, saltier conditions,” Ury writes.