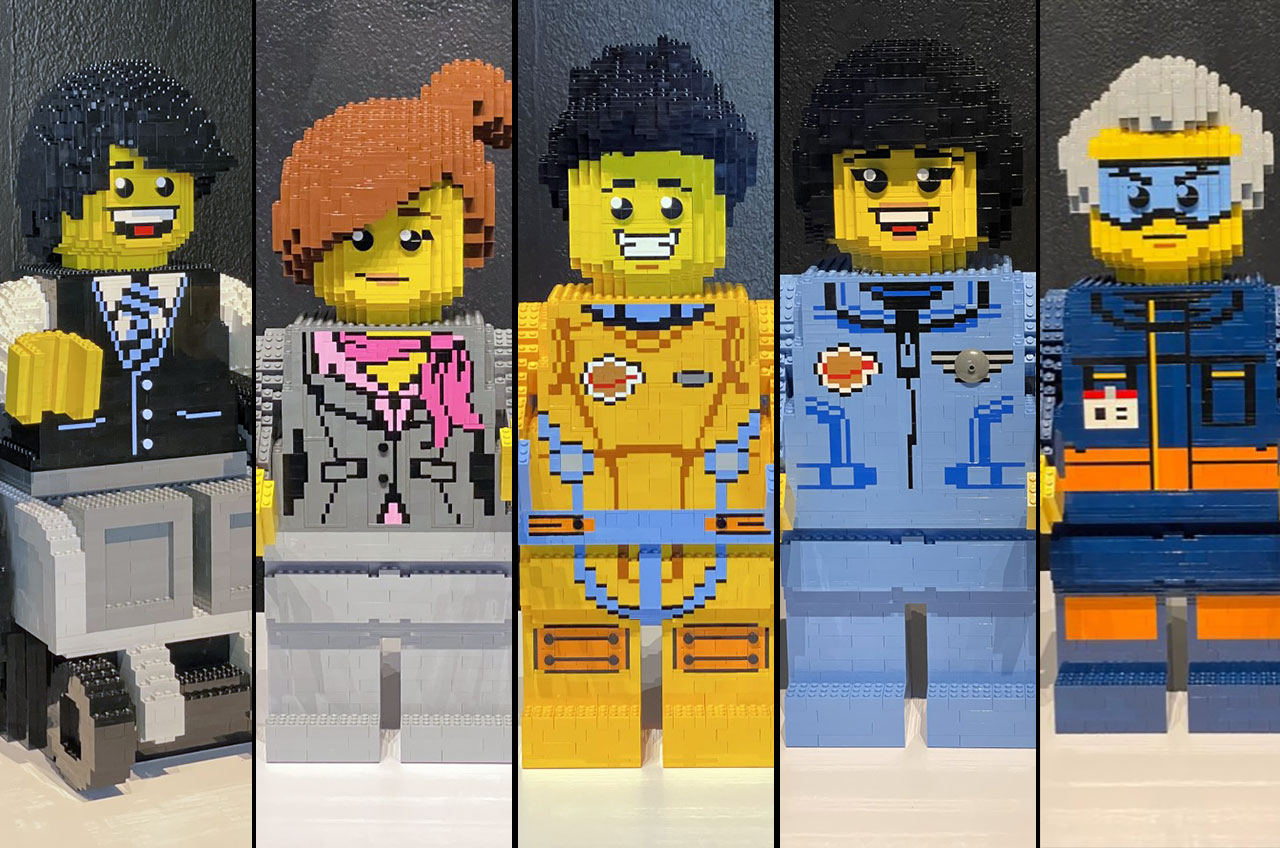 Before they join NASA on a mission to the moon, the minifigure members of the Lego Space Team are now meeting their fans in a new exhibit at the agency’s Florida spaceport.

Kennedy Space Center Visitor Complex has partnered with Lego Education to bring to life — or at least, life-size — the minifigures featured in the toy company’s popular “Build to Launch: A STEAM Exploration Series.” Produced in collaboration with NASA, the Build to Launch videos feature animated Lego minifigures taking on the roles of NASA astronauts, flight controllers and engineers to help students see themselves in those same careers.

“Students and teachers have been igniting their passion for STEAM [science, technology, engineering, the arts and mathematics] through the Build to Launch series and the Artemis 1 mission by designing and prototyping, problem-solving and collaborating, and exploring STEAM careers,” Jenny Nash, head of Education Impact U.S. for Lego Education, said in a statement. “What better place to bring it to life than at the Kennedy Space Center Visitor Complex, where guests will be able to view the Artemis mission launch that inspired the series.”

Artemis 1 is NASA’s first mission to return a crew-capable spacecraft to the vicinity of the moon since the Apollo missions 50 years ago. Lifting off on NASA’s first Space Launch System (SLS) “mega moon rocket,” an uncrewed Orion spacecraft will spend three weeks flying around the moon before subsequent missions bring astronauts into lunar orbit and down to the moon’s surface.

Four Lego astronaut minifgures, including two members of the LEGO Education Space Team — command pilot Kate and mission specialist Kyle — are packed on board the Artemis I Orion spacecraft to fly on the mission. Similar minifigures are included in Lego’s current line of building sets based on NASA’s Artemis program plans.

The Kennedy Space Center Visitor Complex exhibit also features Kate and Kyle, as well as flight director Maria, program manager Daniel, engineer Avery and the other Lego Space Team members as life-size statues built from Lego toy bricks. In addition, the Build to Launch display offers a glimpse of some of the creations that students have come up with throughout the 10-week online series.

Guests can also use the free-build table to stretch their own engineering skills and jump into a photo op that lets them become a member of the Lego Space Team.

“The learning really comes to life for visitors of the exhibit as they build and interact with the Lego Space Team minifigures they’ve come to know and love through the series, as well as introduce new students, classes and families to the joy of hands-on playful learning,” Nash said.

The exhibit complements one of the goals of the Kennedy Space Center Visitor Complex, which is to educate and inspire the next generation of space explorers, according to Therrin Protze, chief operating officer of the complex.

“The Lego Education Build to Launch exhibit is a great example of how we engage guests in a fun, colorful and meaningful way, and provides a space to explore the world of STEAM while also learning about the latest moon mission — Artemis 1,” said Protze.

Now open, the Lego Education Build to Launch exhibit is included with admission into the Kennedy Space Center Visitor Complex.