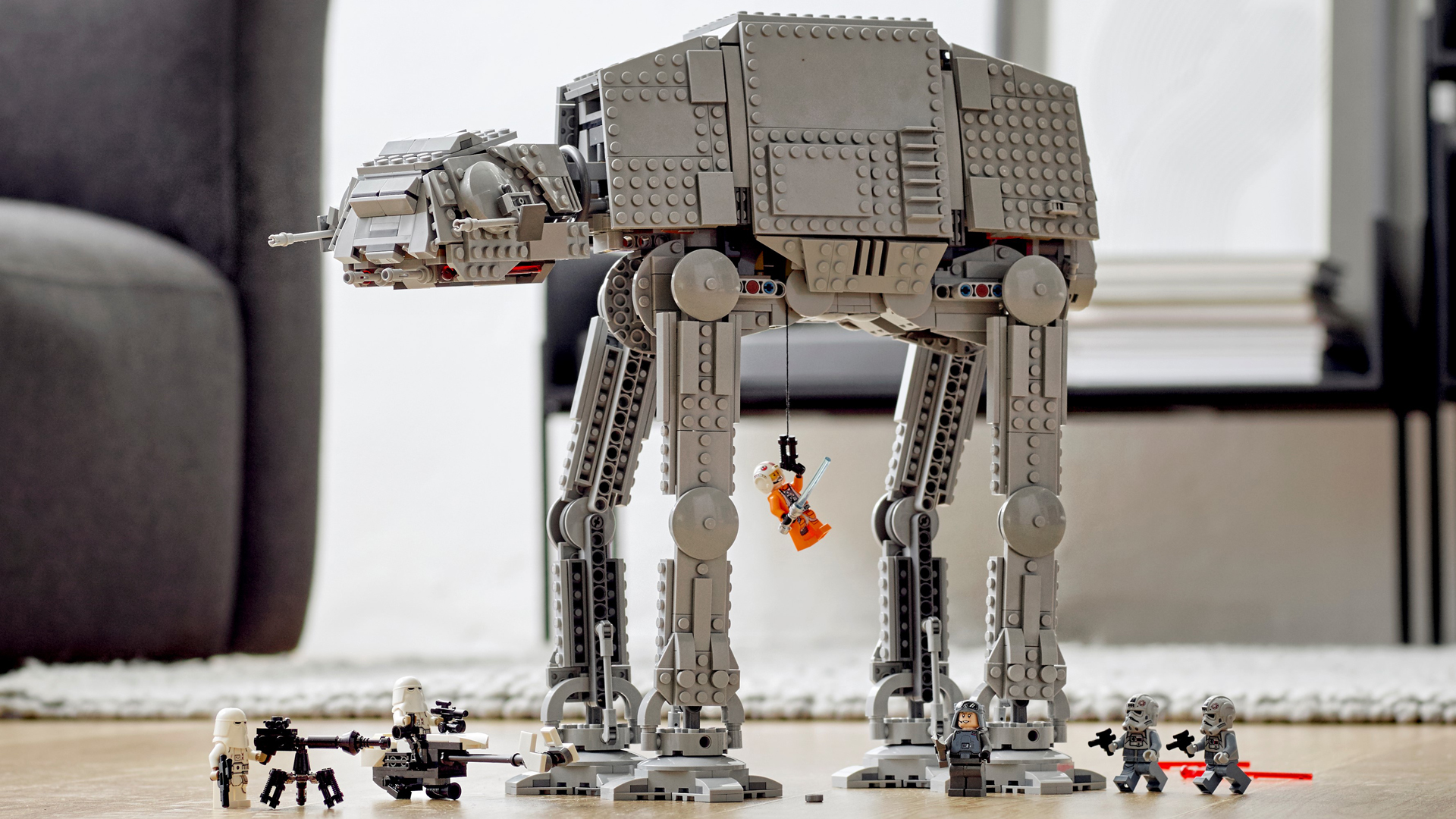 You won’t have to part with a serious number of credits to get yourself a great Lego Star Wars deal and we keep this page updated all year round so that when a fresh deal becomes available, we’ll add it to this guide. There are always some great Lego Star Wars deals on the market whether you’re looking to nab a cheap discount or if you’re a veteran collector, you won’t have to use any Jedi mind tricks to bag a bargain.

With the addition of TV series like “The Mandalorian” and “The Book of Boba Fett” as well as the sequel trilogy of movies, more and more Lego Star Wars sets have been released in recent years. This means we are truly living in a golden age of Lego Star Wars deals and sets and that’s reflected in the quality on show on the market. For example, Boba Fett’s Starship recently won the “Toy of the Year” award from The Toy Foundation and you can find anything from the collector’s dream 6785-piece AT-AT walker to a budget-friendly Lego Brickheadz Mandalorian and Child set. Of course, if you want more Lego Star Wars content make sure you check out our Best Lego Star Wars sets guide.

It’s also worth noting that until May 8, Lego is celebrating Star Wars Day with a host of great offers and rewards on the Lego site including a new addition to the Ultimate Collector Series, Luke Skywalker’s Landspeeder.

If you want to check out more great lego content and deals then you should check out our best Lego deals and Lego space deals guides. Otherwise, for great Lego Star Wars deals, read on below.

We’ve split this guide into sections, with the best Lego Star Wars deals at the top. After that, you’ll find sections for Lego kits from each era of Star Wars, showing the lowest current prices on almost every Lego Star Wars kit on sale right now.

The Mandalorian is, dare we say it, the best thing happening in Star Wars right now, and it has produced some fantastic Lego kits too. Whether you’re looking for the Mando’s iconic spaceship, The Razor Crest, or his adorable little companion Grogu (better known as Baby Yoda, or The Child), we’ve got you covered.

And for those of you still loyal to the empire, there are also a host of bad guy Lego kits from the show including the new Imperial Light Cruiser, a seriously impressive kit which also comes with a Moff Gideon Minifigure.

Mandalorian and The Child BrickHeadz – 75317

Go back to where it all began with these stunning Lego Star Wars sets from the original trilogy. Grab the Lego X-wing and TIE fighter kits to recreate the iconic space battles, or splash out on the monstrous AT-AT and relive the Battle of Hoth.

Then there is the absolute jewel in the crown of the Lego Star Wars range — the Imperial Star Destroyer. This behemoth costs $800 when it’s selling at full price, so snagging even a small discount on this thing is going to save you a ton of cash. You’ll probably also need to buy a bigger house to fit this thing though, as it measures in at a whopping 43 inches long.

While the Millennium Falcon obviously fits into several of our other categories, it’s such an iconic and popular ship that we’ve given the heap of junk its own category in our best Lego Star Wars deals guide.

Lego actually makes two large Millennium Falcon kits. One is a very reasonable $159.99, and it’s pretty impressive. The other is an eye-watering $799 and it’s absolutely enormous. We’ve listed them both separately below, so you know which one you’re buying.

Begun, the Lego Clone Wars deals have. Lego has a load of great kits from the Prequel movies and Clone Wars era, including the newly released Republic Gunship, which is an absolute beast of a set (and currently exclusive to the Lego store).

We’ve also rolled in some of the Lego sets from shows like Bad Batch, which technically take place after the Clone Wars here too. You can grab the awesome new Bad Batch Attack Shuttle to go alongside other classic ships like Anakin’s Jedi Interceptor.

Star Wars isn’t just about awesome spaceships and battle tanks. The iconic characters from the series are just as important, and you can celebrate many of them with the Star Wars helmets. Darth Vader, Boba Fett, even the humble Stormtrooper.

Obviously not everyone in the Star Wars universe is wearing a helmet, so you’re not going to find a blocky bust of Luke Skywalker here. Now that we think about it, it’s usually the baddies (aside from Finn, for example) who wear cool helmets, so you’ll have to embrace the dark side of the Force if you starting collecting these.