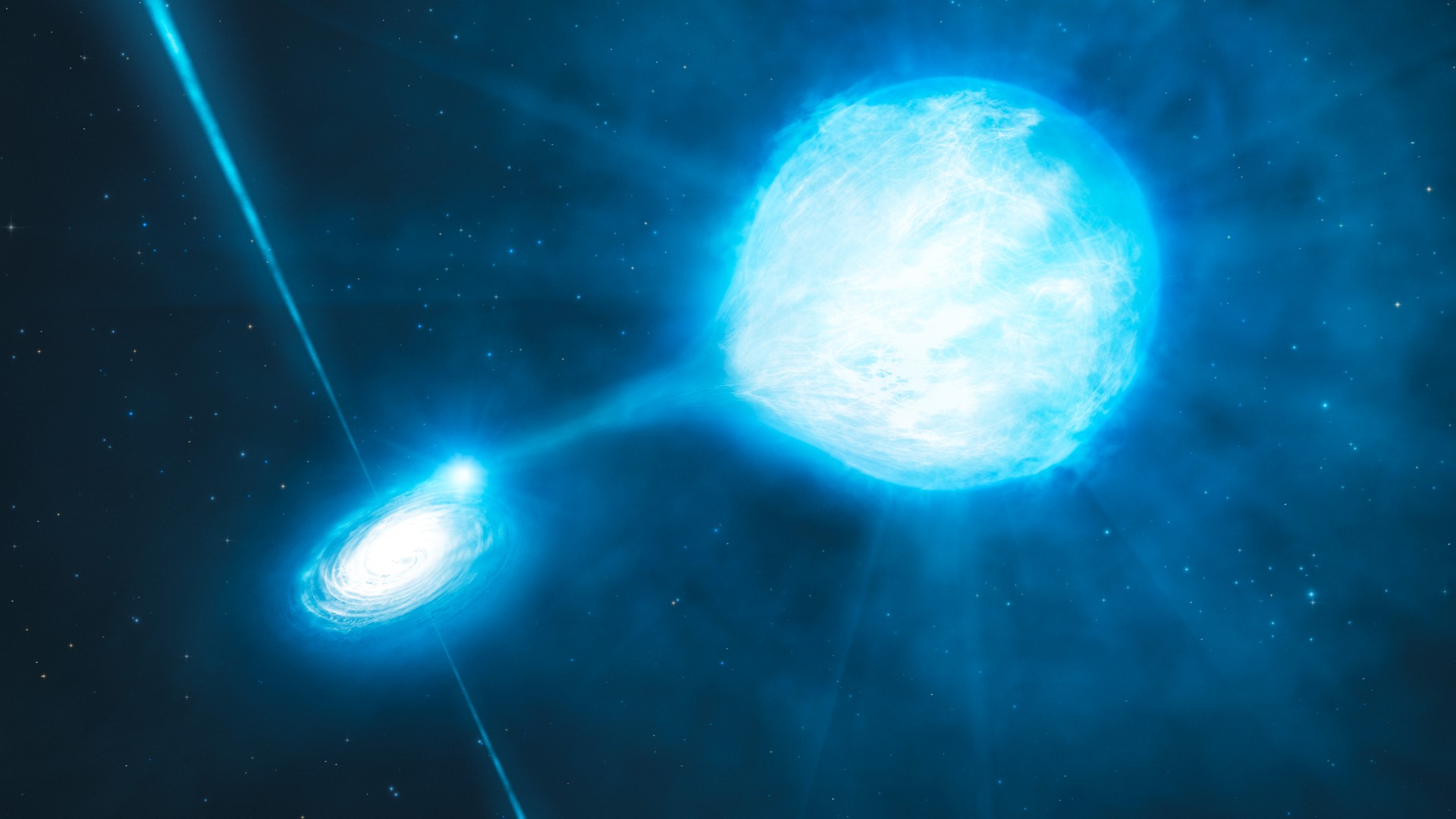 Massive binary star systems in the galaxy form at the edges of open clusters or the leading edge of a spiral arm, a team of astronomers found. The work provides a window into what the galactic neighborhood looked like in the past, and an explanation for the distribution of such stars.

Francis Fortin and Sylvain Chaty, both of Paris Cité University, and Frederico Garcia, of the Argentine Institute of Radio Astronomy, used data from the European Space Agency’s Gaia space telescope to track the motions of 26 high-mass X-ray binaries, or HMXBs. HMXBs are the remains of binary star systems in which one star has exploded as a supernova and become a black hole or neutron star. They found that those motions, extrapolated backwards in time, tended to be either at spiral arm edges or near open star clusters.

“This tells you how they were born,” Chaty told Space.com. “We can use it to trace the spiral arms in our galaxy.”

Related: New trove of Gaia data will uncloak the Milky Way’s dark past and future

Tracking a binary back to its birthplace can also give astronomers a range for when one of the stars in the pair became a supernova, since the supernova is what started them moving.

Many stars are born into binary systems, and sometimes those two stars will each be several times more massive than the sun. The more massive a star is, the shorter its life, so in these systems one of the two stars will run out of fuel and explode as a supernova in only a few tens of millions of years. (By comparison a lower-mass star like the sun will last a hundred times as long, on the order of billions of years).

The explosion leaves a compact object like a neutron star or black hole. The companion star will then start to lose mass to its dead and now very dense partner, generating X-rays as it falls in — hence the name X-ray binary.

These supernova explosions act like randomly-directed rocket engines, which is why the HMXBs don’t remain in their birth clusters or spiral arms. But they don’t end up too far away, in galactic terms, because their lives are so short.

The short life of an HMXB also means that they will be concentrated in certain regions — the distribution won’t be random. “We find high mass x-ray binaries made with massive stars only on the galactic plane, and concentrated in spiral arms,” Chaty said. That differs from older stars and globular clusters, which tend to be spread across a region called the halo.

The study does note some caveats: the sample size is still relatively small, which means it’s not possible to make any definite statements about all HMXBs; it might be that only the HMXBs in our “neighborhood” formed in open clusters. If an HMXB looks like it formed in isolation, then it’s not possible to estimate its age as reliably.

Furthermore, as HMXBs get farther away, it’s harder to match them up with a small cluster, so it’s possible that some of the ones that look like they were formed in the spiral arms were actually cluster-born — the ratio, the authors say in the paper, is about one-to-one but some of the binaries they examined were inconclusive, and it could be that most HMXBs are born in clusters.

A pre-print version of the research has been posted on arXiv.org (opens in new tab).