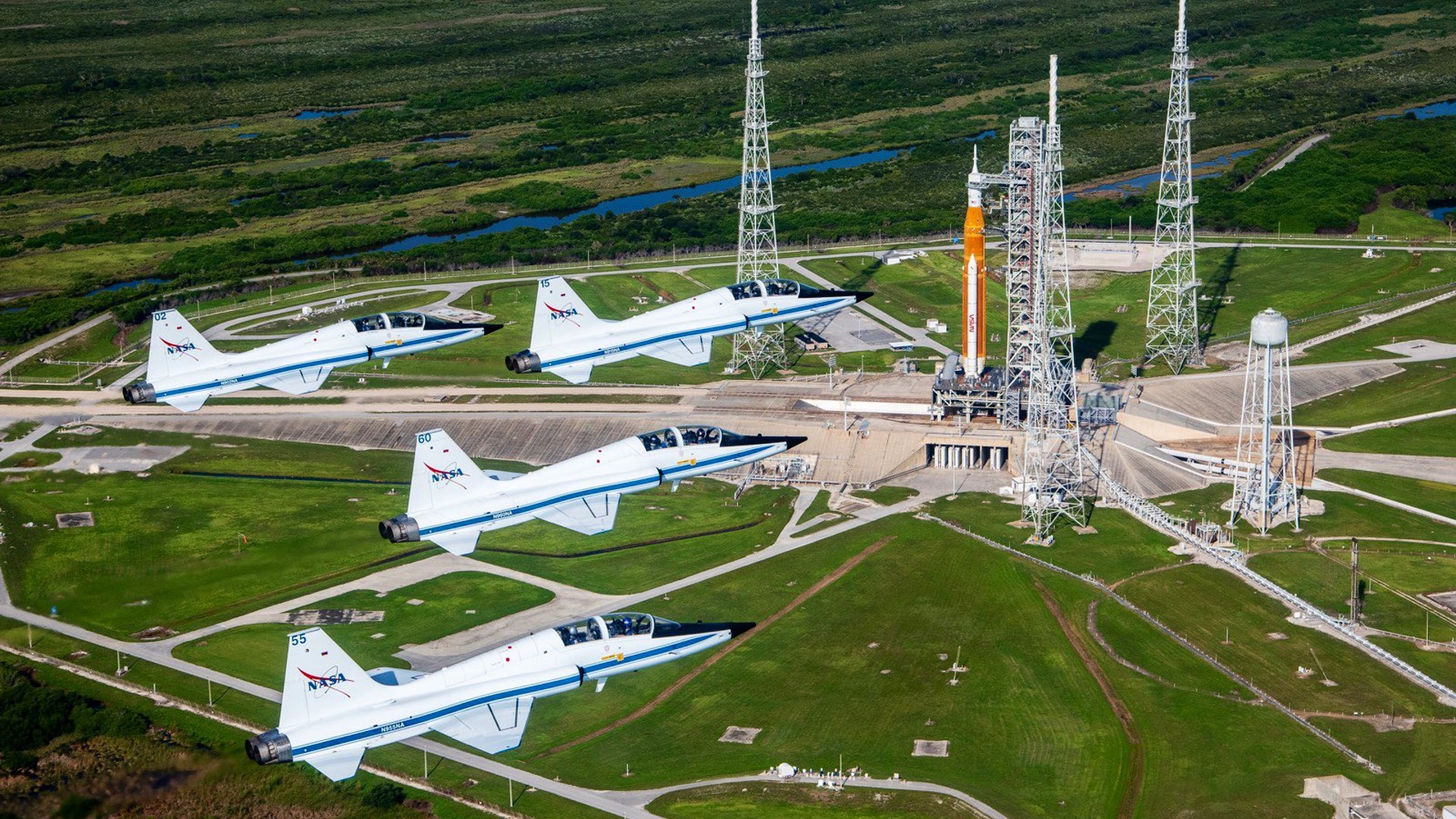 Being an astronaut has never looked this fun.

A group of NASA astronauts shared an incredible series of images showing them performing a flyby of the Space Launch System (SLS) rocket while it sits waiting on the launch pad ahead of its scheduled Artemis 1 launch on Aug. 29.

The images, shared on Twitter by astronauts Andrew Morgan and Reid Wiseman and astronaut candidate Christina Birch, show four NASA T-38 trainer jets flying in formation recently above both the 322-foot-tall (98 meters) SLS megarocket at Launch Complex 39B and the Vehicle Assembly Building at Kennedy Space Center in Florida.

“This week we flew over @NASAArtemis, thanking the @nasa centers across the country that put this Moon rocket on @NASAKennedy’s pad and celebrating the upcoming test flight!” Morgan, who flew on three missions aboard the International Space Station, wrote on Twitter (opens in new tab) on Thursday (Aug. 25).

NASA has used Northrop T-38 Talon jets as training aircraft and chase planes for over five decades. The twin-seat trainer can fly at supersonic speeds up to Mach 1.6 and reach altitudes up to 40,000 feet, higher than most commercial airliners. “The T-38 is a great aircraft for what we need at NASA because it’s fast, it’s high-performance and it’s very simple,” retired NASA astronaut and former International Space Station Commander Terry Virts said in a NASA statement in 2011 (opens in new tab). “It’s safe and it’s known. So compared to other airplanes, it’s definitely one of the best.”

As of Thursday (Aug. 25), the U.S. Space Force’s 45th Weather Squadron has predicted a 70% chance (opens in new tab) of favorable weather on Monday (Aug. 29) for the launch of Artemis 1, which will send an uncrewed Orion capsule on a journey to lunar orbit and back.