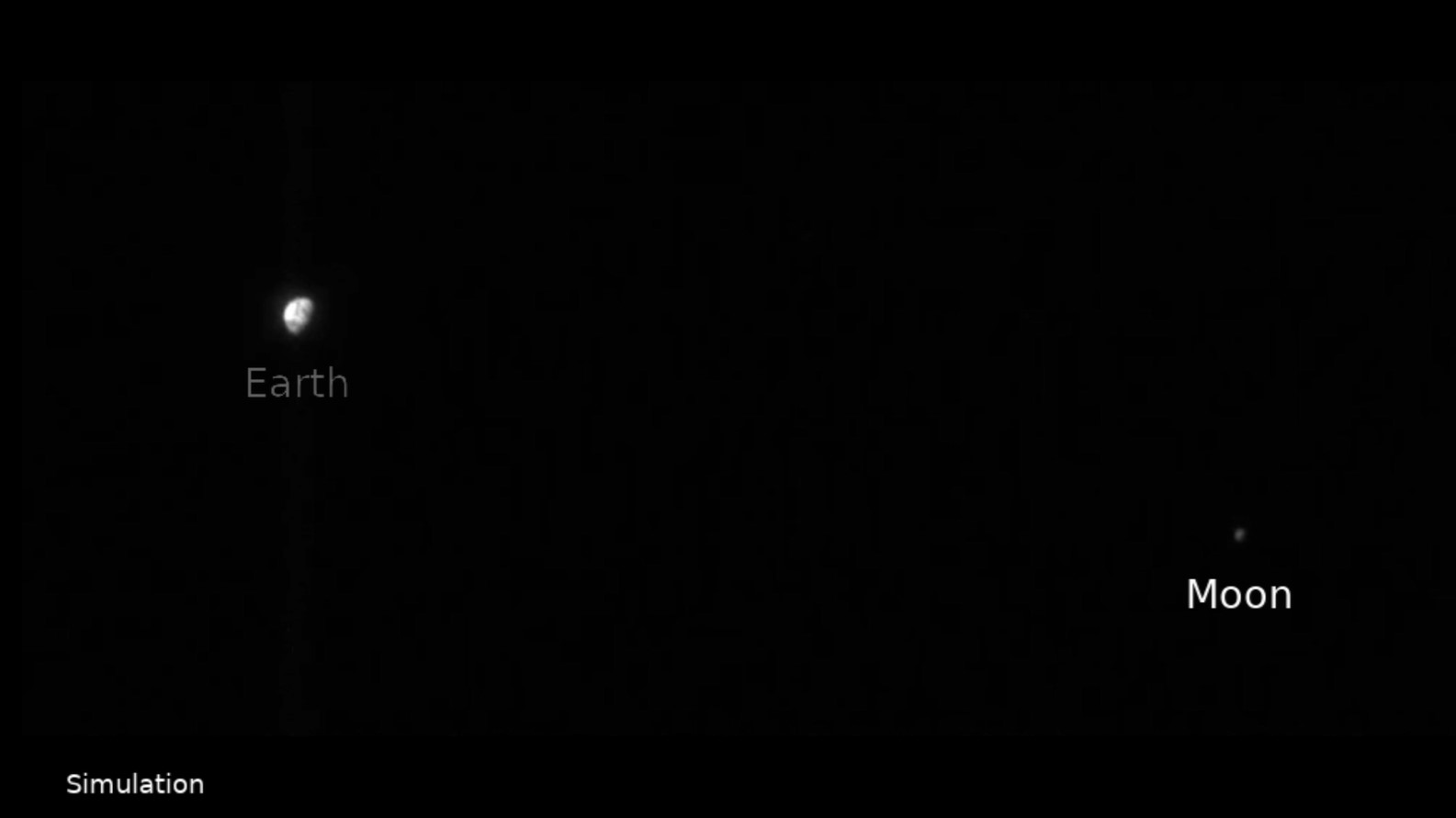 NASA’s Lucy spacecraft, which is currently on its way to asteroids orbiting the sun at the same distance as Jupiter, watched the moon disappear during the total lunar eclipse on May 15.

NASA released a short black-and-white timelapse video capturing the rotating Earth on the left and the disappearing moon passing through the planet’s shadow on the right. The sequence consists of images taken over a three-hour period starting at 9:40 p.m. EDT on May 15 (0140 GMT on May 16) and ending on May 16 at 12:30 a.m. EDT (0430 GMT). The observations ended before the moon left the planet’s shadow.

The moon’s brightness in the images had to be artificially enhanced by a factor of six, NASA said in a statement, to make the natural satellite visible.

A simulation of how the Earth and moon will appear to the Lucy spacecraft around the time of the total lunar eclipse on May 15, 2022. (Image credit: NASA/SwRI)

At the time of the eclipse, Lucy was 64 million miles (100 million kilometers) from Earth, nearly 70% of the distance between Earth and the sun. At this distance, Earth and its companion appeared only 0.2 degrees apart to Lucy, having the same separation as a car’s taillights as viewed from a quarter-mile (400 meters) away, NASA said in the statement.

Lucy, launched in October 2021, is on an elegant trajectory that will enable it to perform multiple flybys of so-called Trojan asteroids, which follow and precede the gas giant Jupiter in its orbit around the sun.

Lucy is currently heading toward Earth for a gravity-assist maneuver, which will slingshot it beyond the orbit of Mars. Lucy will meet its first asteroid, a main-belt object called Donaldjohanson after the discoverer of the famous fossilized hominin skeleton Lucy, in 2025.