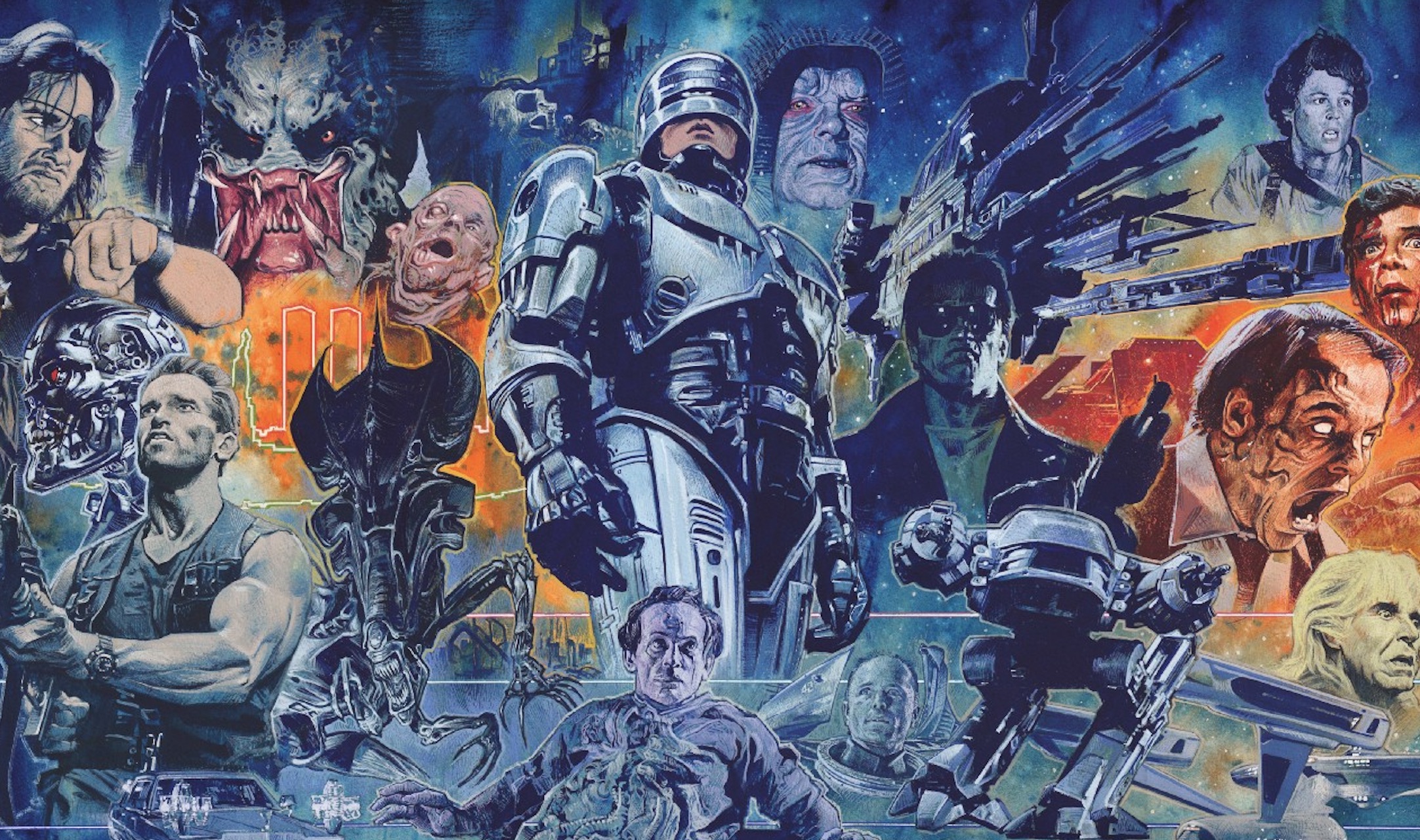 There’s not much point in arguing against the fact that the 1980s were a wellspring of fantastic sci-fi films from Hollywood.

To shine a light on the incredible bounty of sci-fi flicks emerging from Tinseltown in the era of legwarmers, the Sony Walkman and hair metal bands, a new five-hour documentary titled “In Search of Tomorrow” explores every speculative fiction blockbuster and indie offering that came out of the Radical ’80s.

Promotional art for “In Search of Tomorrow.” (Image credit: CreatorVC)

The exclusive five-minute clip above explores the path of NASA’s space shuttle, not only in movies of the late ’70s through the ’80s, but also in real life (including the Challenger disaster). Our special sneak peek features new interviews with “Star Trek” stars Wil Wheaton and Walter Koenig, “Wrath of Khan” director Nicholas Meyer, “Outland” director Peter Hyams, “The Last Starfighter” star Catherine Mary Stewart, “Starlog” creator Kerry O’Quinn and many others.

Hailing from writer/director David A. Weiner, who delivered the ’80s horror tribute series on Shudder “In Search Of Darkness I & II,” this latest nostalgia-filled project is loaded with exclusive interviews with the celebrated actors, directors, producers, screenwriters, editors, cinematographers, visual effects wizards, model-builders, animators and composers that brought these cherished pop culture gems to life.

From “Star Wars: The Empire Strikes Back,” “Tron,” “The Thing,” and “Dune,” to “The Terminator,” “Aliens,” “The Last Starfighter,” and “Predator,” no single decade offered as much supreme sci-fi satisfaction as those influential days of the 1980s.

Promotional art for “In Search of Tomorrow.” (Image credit: CreatorVC)

“So many talented filmmakers, from George Lucas and Steven Spielberg to Ridley Scott, James Cameron, George Miller and Robert Zemeckis challenged the genre at the height of their game with great stories and the best, most ground-breaking special effects at their disposal during the ’80s,” Weiner told Space.com in a 2021 interview. “Imagination combined with technical capability to deliver one of the most fertile and influential decades of filmmaking ever. Today’s contemporary storytellers are still looking back to that decade for guidance and inspiration.”

“In Search of Tomorrow” will become available to the public exclusively at www.80sscifidoc.com (opens in new tab) for a limited window from July 21 through August 7 before its worldwide streaming debut.