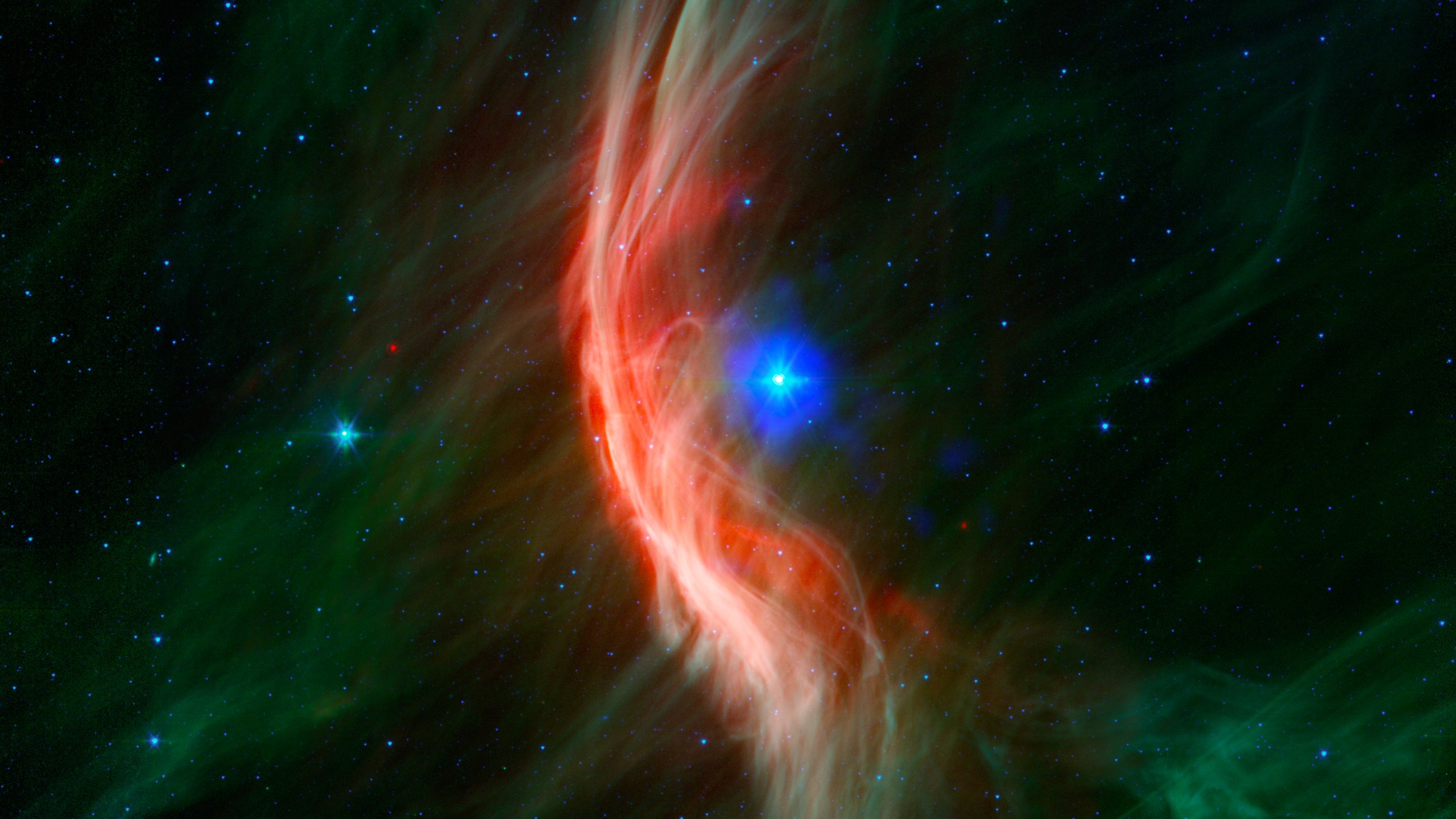 Zeta Ophiuchi is on the go.

The star, which is 20 times more massive than our sun and located some 440 light-years from Earth, is zipping through the galaxy at about 100,000 mph (162,000 kph). That’s rather unusual for stars, which typically circle the center of their galaxy in a rather calm, organized manner. A new study has uncovered evidence supporting the leading theory as to why Zeta Ophiuchi has gone rogue, wandering across the Milky Way.

Scientists suspect that Zeta Ophiuchi once belonged to a binary system, but that its companion star was destroyed in a supernova more than a million years ago. The shockwave from the explosion propelled Zeta Ophiuchi into space, sending it on its high-speed journey. Now, for the first time, astronomers have developed 3D computer models of the shockwave in an attempt to explain the bubble of X-ray emissions detected around the star.

The supernova shockwave theory is not new — scientists came up with this explanation after analyzing infrared data observed by NASA’s Spitzer Space Telescope, which has since retired. That image showed a massive shockwave that swiped material from Zeta Ophiuchi and sent it crashing into surrounding clouds of gas. Then, in 2016, an image of Zeta Ophiuchi, taken by NASA’s Chandra X-Ray Observatory in the X-ray spectrum, provided another piece of the puzzle: It showed that the gas surrounding the star was heated to tens of millions of degrees by the shockwave.

A team of astronomers is now testing 3D computer models of the shockwave that ripped Zeta Ophiuchi from its companion in an attempt to explain how that data came to be, incorporating both Spitzer’s infrared data and Chandra’s X-ray data, as well as data in the optical and radio spectrums. The team, led by astronomer Samuel Green of the Dublin Institute for Advanced Studies, also produced the composite image above, which depicts the violent events unfolding around Zeta Ophiuchi.

The astronomers have just begun testing their models, and thus far, the three simulations they’ve run haven’t quite matched the observed data — specifically in the X-ray spectrum.

As such, they’ll continue to refine their models, incorporating additional physical elements like turbulence and particle acceleration to see if they can replicate the observed data.

A paper describing the development and testing of the team’s models has been accepted for publication in the journal Astronomy & Astrophysics, and a preprint version (opens in new tab) is available online.