Tattoos are expensive, so if you’re looking for a cheaper way to show your love for Resident Evil Village’s Lady Dimitrescu on your bod, try the incoming merch from Fangamer instead. It’s launching this summer but isn’t available for preorder just yet.

Anyone trying to rep Lady D has two upcoming pieces of merch to look forward to. The first is a simple grey T-shirt with a stylized Lady Dimitrescu standing tall on the front. She’s backlit by a large moon that’s been slashed by her monstrous claws. When it launches, this shirt will cost customers $28. Customers will also get a bonus sticker of the vampiress with this shirt. 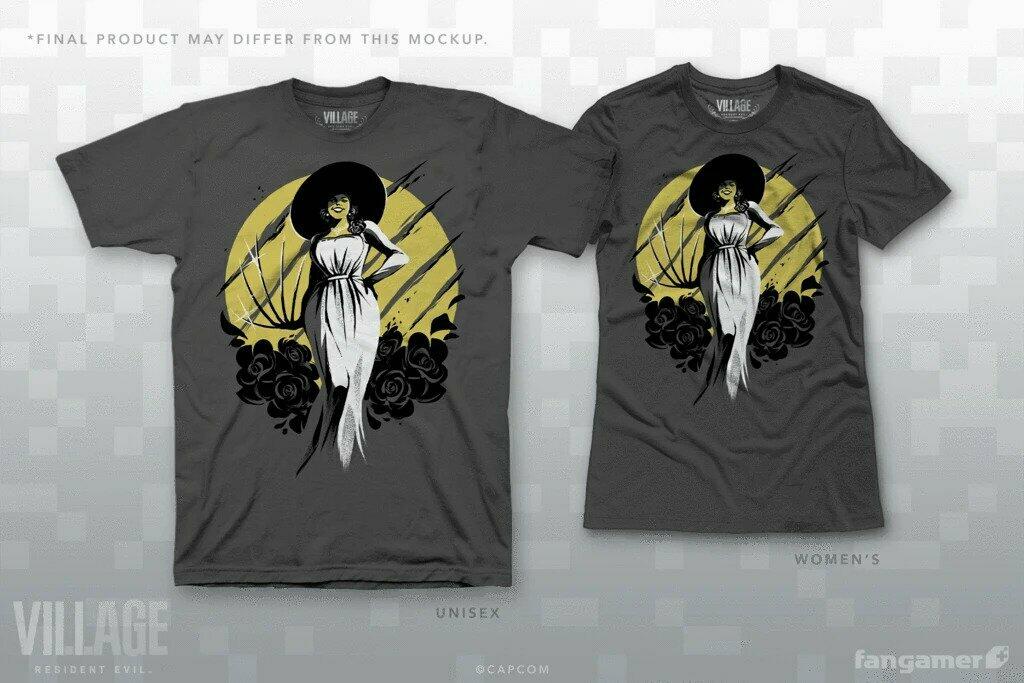 The second new piece of merch coming to Fangamer is for the folks who don’t really care for how tall Lady Dimitrescu is. For $14, customers can get a set of two chibi pins featuring Resident Evil Village’s vampires. One is a simple version of Lady Dimitrescu raising her massive clawed hand, while the other depicts her daughters surrounded by small, cartoon flies. 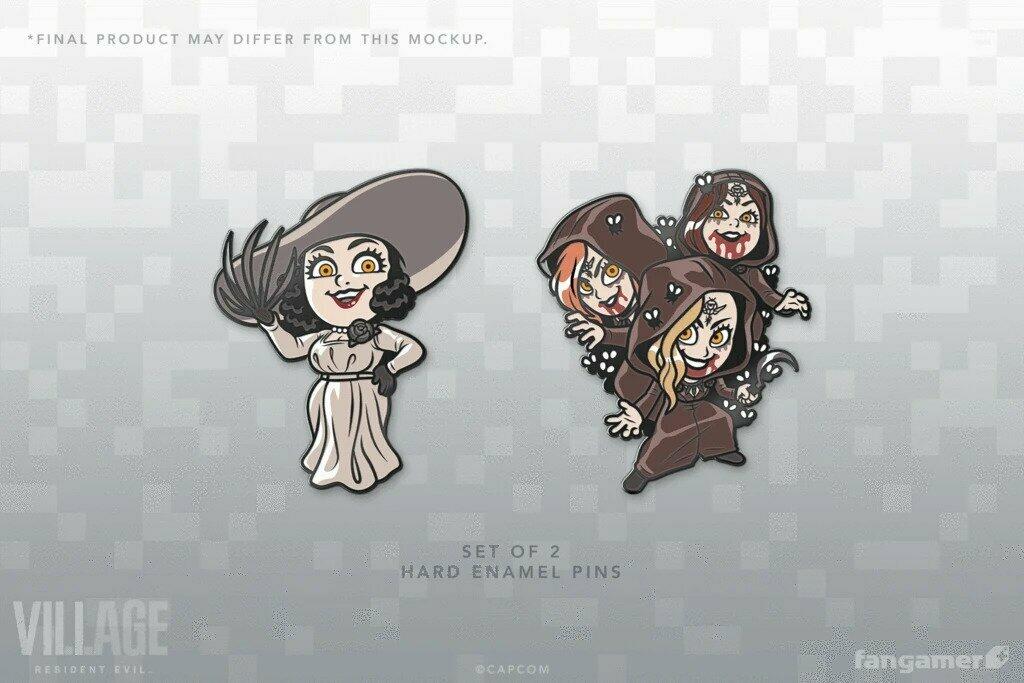 Fangamer is also releasing a third piece of merch, a long-sleeved shirt. Instead of Lady Dimitrescu, you’ll find an intricate, somewhat off-putting design based on the game. The long-sleeved shirt depicts a wreath of dried sticks surrounding what seems to be a calcified fetus with four black wings sprouting out of it at different angles. It’s an extremely Resident Evil shirt, and can eventually be purchased for $39.