New Tales From The Borderlands Has Me Cautiously Optimistic

Having had a chance to see a 30-minute gameplay presentation of New Tales from the Borderlands, I’m cautiously optimistic about the upcoming consequence-driven episodic adventure game. What I saw has left me intrigued–even if it didn’t quite match the irreverent charm of the original game. I’m willing to give the game the benefit of the doubt but I am a little worried that this sequel may not live up to the narrative highs of its predecessor.

New Tales from the Borderlands is a clean break from the original game. It follows a new trio of characters–altruistic Anu, ambitious Octavio, and violence-first-questions-later Fran–as they work together to find a Vault Key, each for their own ends. You guide the story through dialogue choices and quicktime events, resulting in a number of short-term or long-term consequences that can color the story.

Gameplay-wise, it looks a whole lot like the original Tales from the Borderlands. But the humor in New Tales isn’t working for me as well as what we got in the original Tales–I think it’s because I really liked the protagonists of Tales (Rhys and Fiona) from the very first trailer, while I still haven’t been able to quite connect with Anu, Octavio, and Fran, even from the snippet of the game I saw.

That said, I am excited about how the game plans to handle the evolving morality of the three characters. In terms of character alignment, all three seem rather chaotic, though Anu seems to primarily lean towards chaotic good, while Fran is more chaotic evil, and Octavio lands somewhere in the middle.

However, depending on your choices, these alignments can evolve over the course of the story–perhaps Fran learns that violence isn’t always the right answer, or Anu gains an understanding that not all rules must be followed. I think this could present some interesting developments–even if Anu, Octavio, and Fran don’t have me at the jump, that’s not to say that their story arcs can’t be interesting. We’ll have to wait and see.

Following the gameplay presentation, I spoke with Gearbox Software director of production James Lopez and Gearbox Studio Quebec producer Frédéric Scheubel to ask them a few questions about New Tales from the Borderlands.

Given each Borderlands game’s focus on humor, and New Tales from the Borderlands development being slowed by the pandemic, how have you tried to adapt the humor to try to keep it as relevant as possible? Humor is constantly evolving and a joke written in 2019 might not tickle audiences in 2022.

Lopez: I mean if you talk to a 13-year-old, jokes are old within a week, and they play our games too. So I was visiting some friends and family yesterday, and said teenagers described some of my jokes as “cringe.” And I kind of wanted to die and take them with me. But yeah, there is that sort of challenge with humor, especially if it’s topical. There is sort of a time capsule element, especially the longer you’re living, kind of go back and play about, “Oh right. That’s from this period.” But we hope that things like the irreverence are always eternal. That sort of tongue-in-cheek approach to things we hope keeps us going, and any kind of jokes that have to do with inside jokes about the industry or the way that people are. Those tend to age pretty well.

Scheubel: I would say there are also different types of humor that we approach in the game. There are the fart jokes, but there’s also the humor that you find in, “Yeah. I kind of have that relationship with my sister as well, and I know it.” And second and third-degree types of humor, and commentary on our lifestyles. And as you mentioned, those can evolve with time. But since we have so much script relative to relationships, those last a long time as well. So a lot of people will find different types of humor enjoyable in this game.

Lopez: And at a certain point you do kind of have to put the pencil down. Just because, especially with a game like this, where we did performance capture for the entire game. So we were shooting for over a year. And if we had to go back through and audit all of the jokes, we go, “Are you still timely?” That’d be another six months of shoots. So at some point you just have to go, “This is what it is. The ship has left the port.” 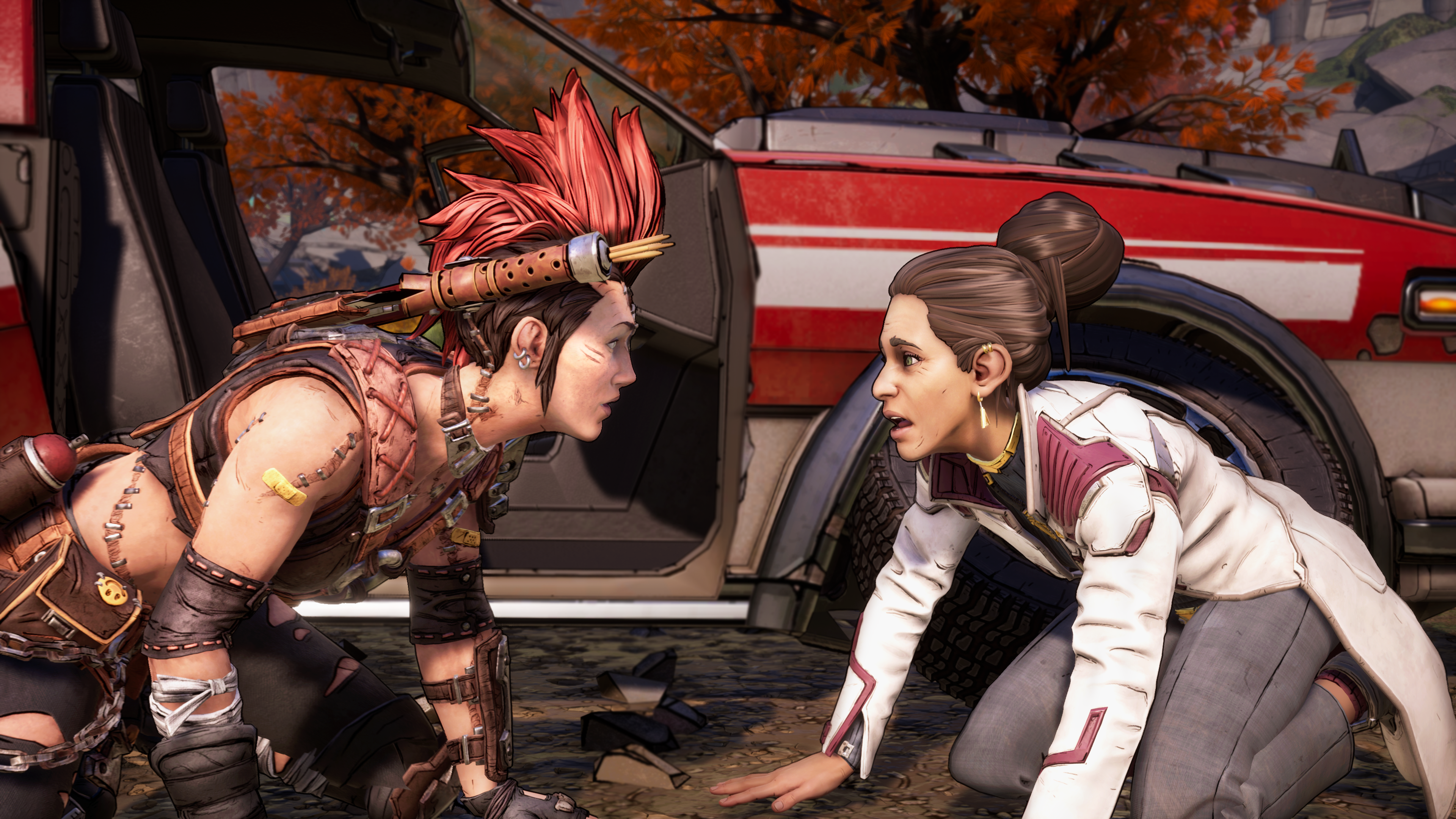 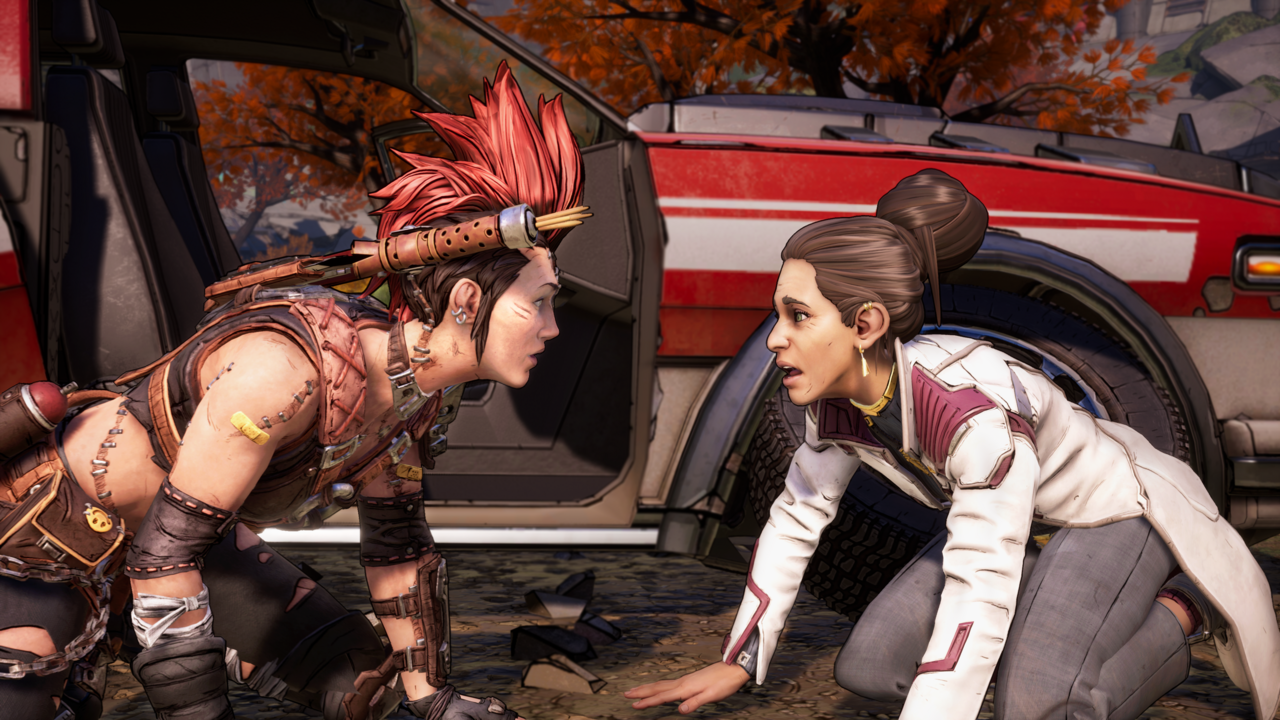 In regards to the narrative of the game, is there a specific theme or idea that the game either explores or satirizes? Borderlands 3 was entirely focused around Twitch and YouTube streamer culture–is New Tales from the Borderlands similarly themed?

Lopez: I think we definitely started telling a story that involves an invasion. And there are definitely topics in there about how that ruins things. We wrote that years ago, but some people might feel it a bit prescient right now. But I think the recurring thing for us is, of course, just for a story like this, it’s so much about family and about friendship. Certainly surprising no one. These kinds of games are largely about relationships and about how your choices impact each other. And we really hope that people care about the choices they’re making. And there are going to be times where you can hurt the feelings of your characters, and they’re not real, but the experience that you have with them is real. Hopefully, you feel that. And we hope that by the end of it, they care about the stance. If it makes people a little more aware of how they interact with others, awesome.

Scheubel: There’s a premise of the business side of things, also, that’s prevalent through most of the story. Octavio wants to start a business and make it big in the 30 under 30, and things like that. But Anu wants to change the world for the better. Fran wants revenge and wants to have her business keep going, and is on the path of healing herself. So she dreams of being a better person. So there’s that underlying dream of doing better that’s prevalent throughout the story, and they’re doing it together. That’s strongly the vehicle throughout the script. So there’s the business, there are the relationships, and there’s the dream.

Lopez: That’s a great point because that reminds me of a bunch of other stuff too, about–well, unsurprisingly, they’re going to find something in the Vault, and the Vaults hold power. Power itself is not necessarily bad, but people with poor character tend to abuse the s**t out of it. And so there’s an undercurrent in this about, what does power do to someone, and what does it mean to reach for it? Can you reach for that and have it not ruin you? Can you have power and not be a terrible person? And we mentioned earlier how Fran has this background of being assertive and comfortable with getting her hands dirty, but we’re also going to present you with an opportunity to change that about her. But it’s going to take you making some choices that might not be in your best interest, in order to grow in that way. And with Anu, she has a sort of unflinching morality as far as, “I don’t believe in violence, I don’t believe in hurting people.” And we’re going to test that idea with you and be like, “Well, what if it’s this situation? Can you keep your values? Should you change your values?” We’re going to try to put a lot of challenging ideas out there, but always in a way that, hopefully, people find entertaining and fun. 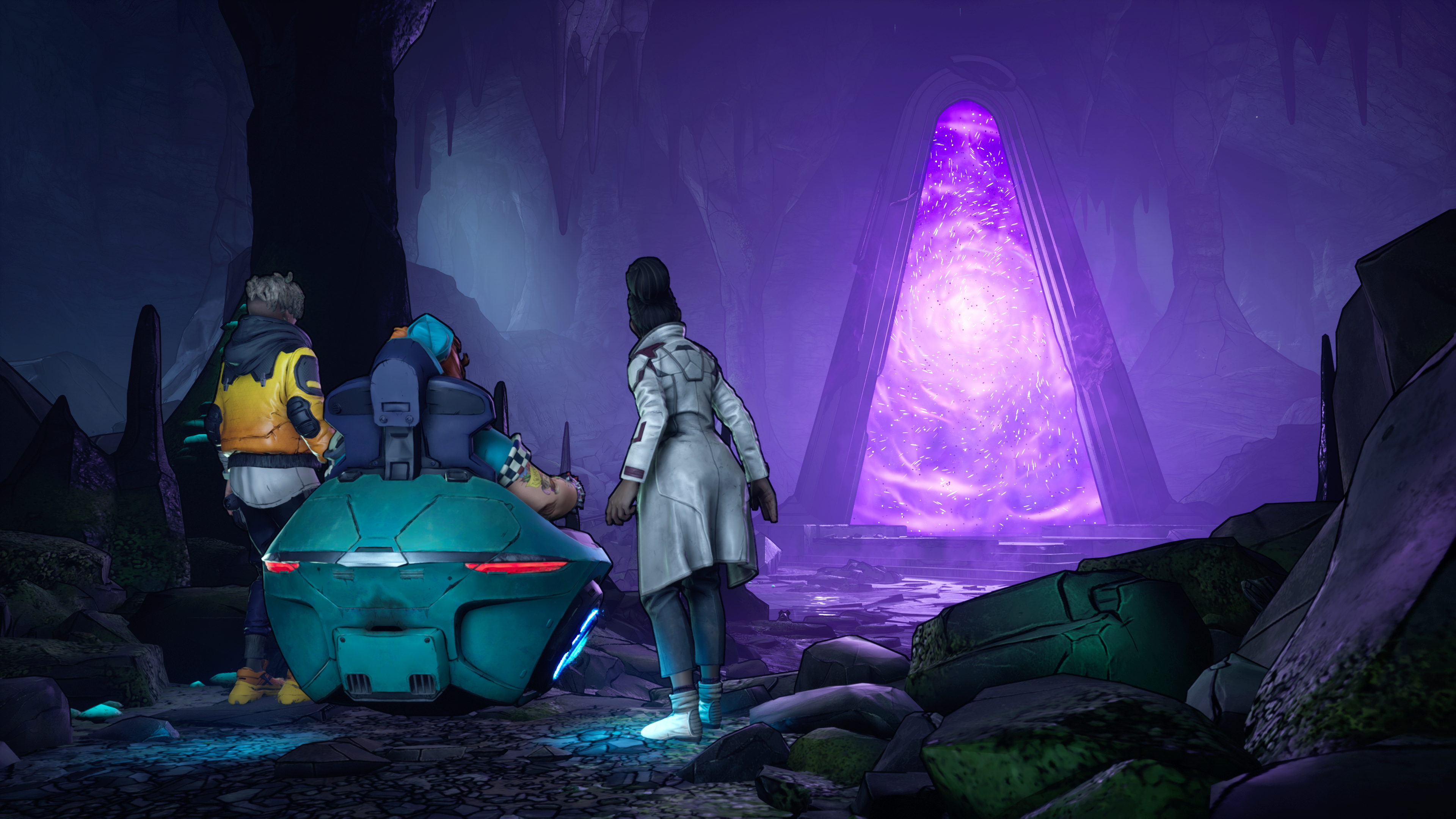 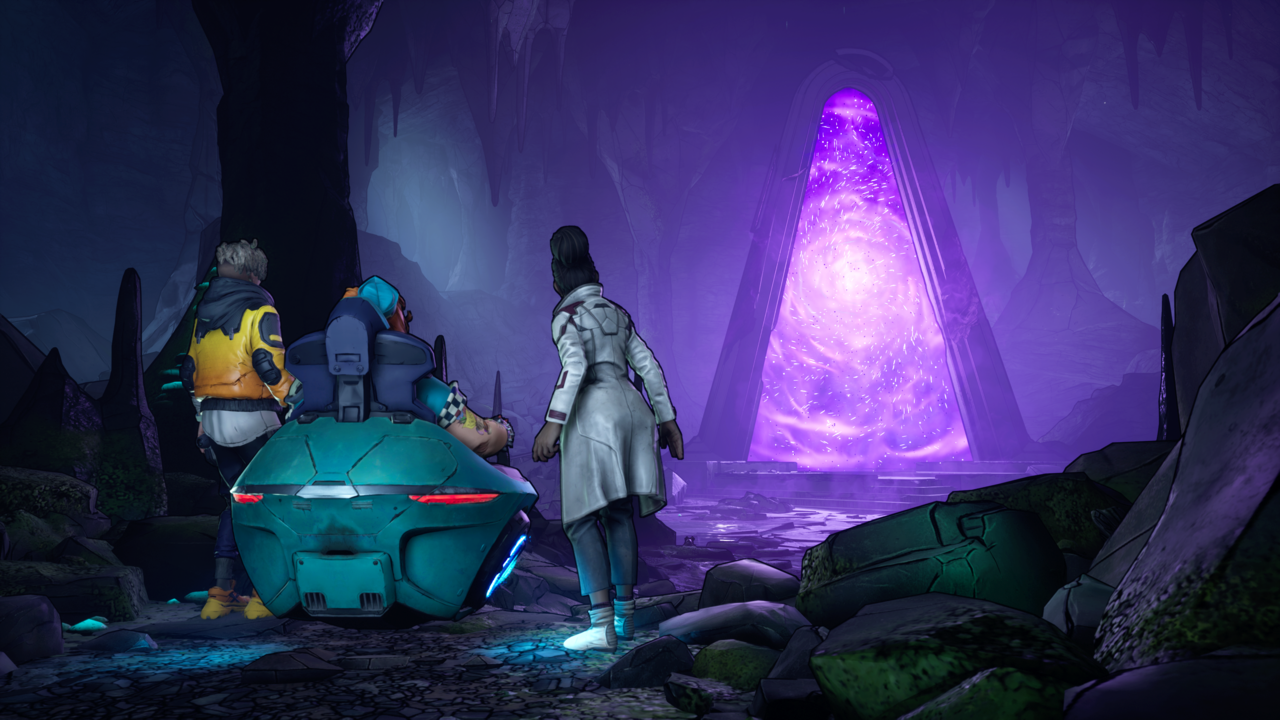 How will the player’s choices branch into different endings? Are your choices adding different flavors to the same ending or are the differences more substantial?

Scheubel: The idea is that every choice matters throughout the game, and will lead you to unexpected outcomes sometimes. And you have to embrace that. “Okay, what should I do to make it different?” And this gives–I certainly hope, at least, because I have fun playing all types of different choices throughout the game–the incentive for players to go back and say, “Okay, that affected what happened. I’m certain it affected it. So let’s try to play a different archetype, or let’s try to go in a different direction with this character, because I know there’s something at the end that, if I do this differently with this character, I know it’s going to affect change.” So that’s why there’s, we feel, replayability.

And also the jokes. They’re amazing. There are thousands of sequences, and I haven’t seen them all, and I’ve played now for a few years, and I haven’t heard all the jokes. And it’s a good incentive to keep going back and trying new things and see how the story unfolded, and what endings I got.