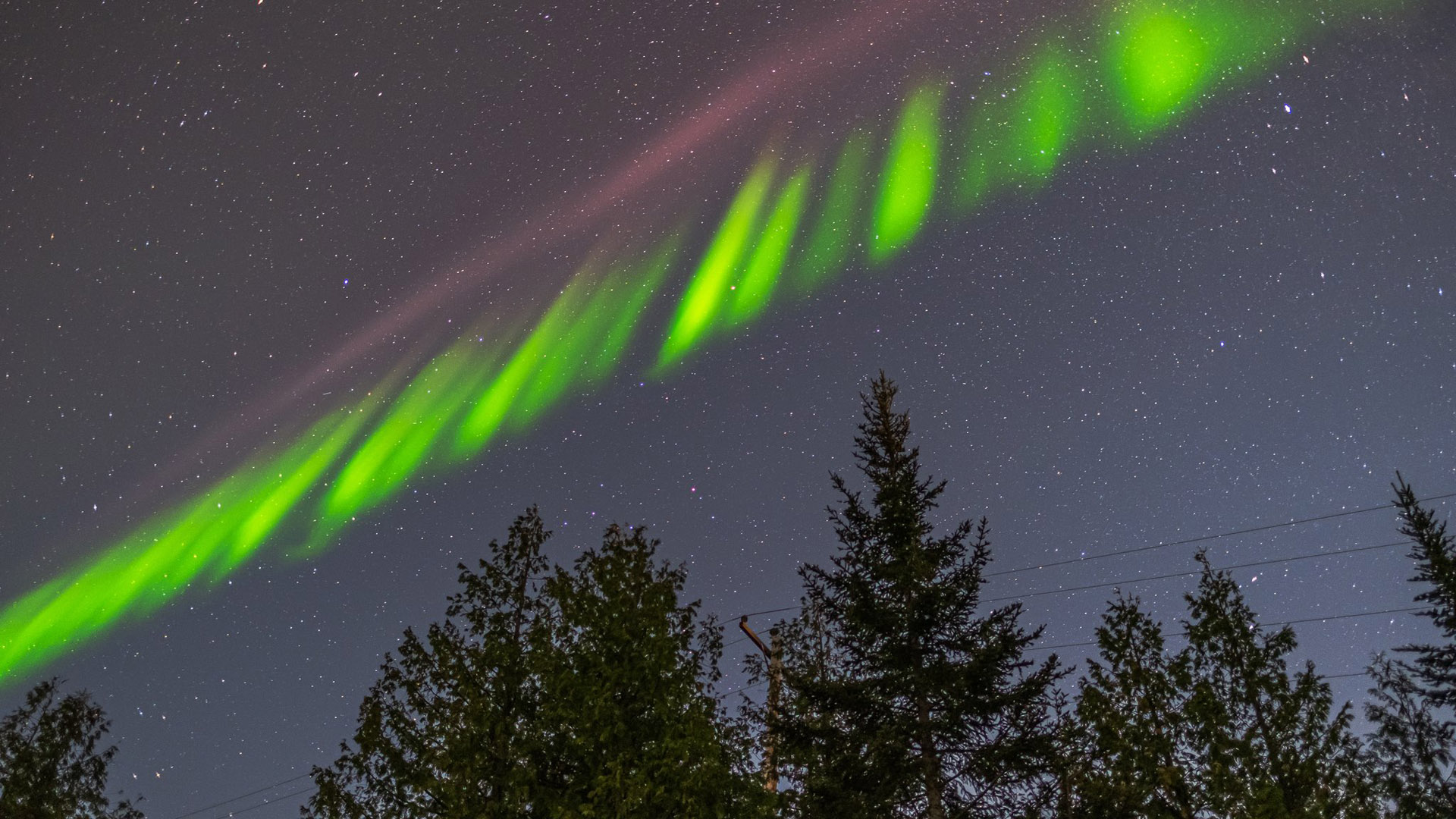 A Michigan-based sky photographer got an unexpected treat last night when an aurora-like ribbon of glowing stripes paraded just above his head.

The ribbon was caused by the phenomenon known as STEVE (for Strong Thermal Emission Velocity Enhancement), a rare type of atmospheric glow similar to polar lights,  which can be triggered when a stream of solar plasma interacts with Earth’s atmosphere and magnetosphere.

STEVE, first described in 2016 by skywatchers in Canada, can occur farther away from the poles than an aurora and is far less common.

For Isaac Diener, an atmospheric photographer based on the Keweenaw Peninsula in Upper Michigan, the STEVE on Monday (Sept. 5), was only the second he has seen so clearly in the seven years since he started observing auroras.

“You can’t predict when it’s gonna happen,” Diener told Space.com in an email. “It appears out of nowhere.”

Diener, who took up photography to help distract him from a chronic pain condition, had a prolific night on Monday when conventional auroras also showed up above Eagle Harbor on the Keweenaw Peninsula in what was the third night of colorful aurora displays in a row.

Diener said he uses the same equipment and settings for his shots of STEVE as he uses to take his aurora images.

Aurora sightings on previous nights came from several regions in Canada and the northern U.S. including Yellowstone National Park, according to Space Weather.

The current aurora displays have been fed by a coronal mass ejection, a burst of charged particles from the region of the sun’s upper atmosphere known as the corona, released by the star on Friday (Sept. 2). The interaction of the material from the sun with Earth’s magnetic field triggered a moderate geomagnetic storm, which was further bolstered by an increased flow of solar wind from an opening in the sun’s magnetic field.