Overwatch 2 developer Blizzard has revealed new details on the series’ latest hero, Sojourn. The first new Overwatch character in two years, the former captain of the peacekeeping organization uses skills that are focused on the ability to plan, lead, and execute strikes against enemies.

Described as a mid-range specialist with incredible mobility and artillery skills, Sojourn’s primary weapon is a railgun that generates energy on each successful hit and can then consume that power for a high-impact shot. This makes Sojourn well-suited for players with marksman skills, as they can use that accuracy to deal devastating blows with the railgun’s secondary fire mode.

The Disruptor shot has an area-of-effect ability that will snare enemies and eat away at their health, which also increases the effectiveness of railgun attacks. “Disruptor Shot evolved from shredding barriers to slowing enemies down with a snare that allows Sojourn to get an easier shot with her secondary fire,” narrative designer Miranda Moyer explained in an Overwatch blog post. “The disruptor shot has a slow that improves her odds and makes her more accurate, minimizing any chance for mistakes.”

Sojourn’s rocket-powered slide can be used for surprising bursts of high-speed mobility, as it can be canceled into a high leap at any time by jumping. Blizzard said that this skill allows Sojourn to be quickly repositioned on the battlefield, giving her a vertical element and access to high vantage points across the map. 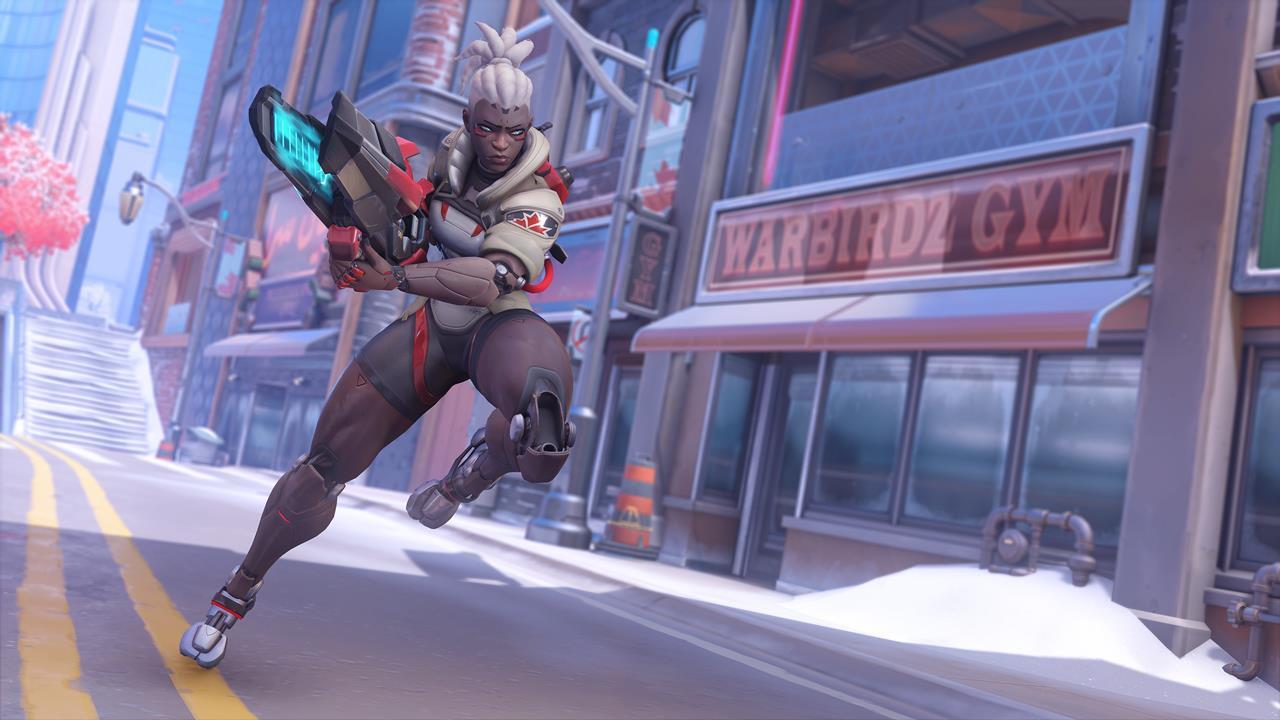 For her Ultimate ability Overclock, Sojourn automatically charges her Railgun’s energy for a short duration and can fire shots that pierce through enemies. Secondary fire on the railgun enables her to quickly eliminate enemies with high-powered shots, which Blizzard likened to a “hitscan version” of a Genji Dragon Blade attack.

Elsewhere in Overwatch, the game’s Anniversary Remix: Vol 1 event is now live and will conclude on April 26. A number of free skins are up for grabs over the course of the three week event, and loot boxes will also have a chance to contain items from past Anniversary and seasonal events, including recolors of several fan-favorite legendary skins. As for Overwatch 2, its PC beta begins April 26. For more, check out GameSpot’s rundown of how to play the Overwatch 2 beta.