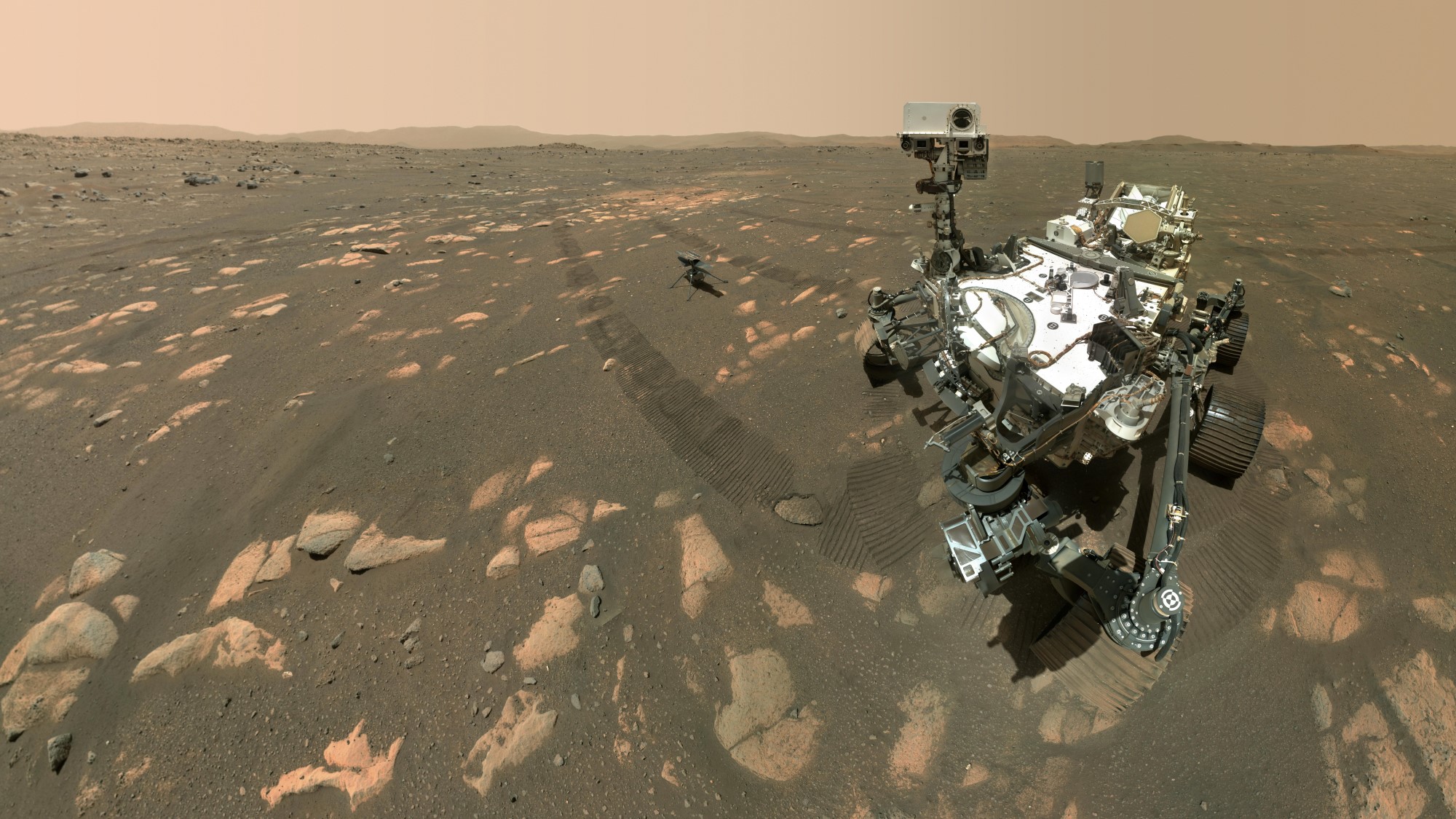 Large amounts of dust that help give the Red Planet Mars its butterscotch-pink sky is being blown into the atmosphere by whirling dust devils and occasional but powerful gusts of wind, NASA’s Perseverance rover has found.

“The gust-driven lifting that Perseverance has detected in Jezero crater are the first really definitive dust-lifting event that we’ve seen,” Claire Newman, lead author of the study and one of the four planetary scientists that make up a research company called Aeolis Research, told Space.com.

Mars is covered in fine, rust-stained dust, and regional and global dust storms can lift great amounts of this dust into the Martian atmosphere, where it preferentially scatters redder wavelengths of light, hence the color of the sky. But while dust storms tend to be seasonal, mostly coinciding with the planet’s southern hemisphere summer, Mars continues to have dusty butterscotch skies even beyond dust storm season. This consistency means there must be alternative, and more stable, sources of atmospheric dust.

For the first time, Perseverance has seen dust being lofted into the atmosphere via dust devils and less frequent strong gusts of wind. During the rover’s first 216 sols (Martian days), Perseverance’s MEDA (Mars Environment Dynamics Analyzer) suite of instruments detected on average one dust devil passing over it per day.

MEDA’s Radiation and Dust Sensors are able to detect dust clouds raised by dust devils and gusts of wind by the way that the airborne dust scatters the sunlight, while other MEDA sensors measure the air pressure, temperature and wind speed.

“This is really the first time we’ve sent these sensors to Mars that are able to track dust and where and when it gets lifted locally to the rover,” Newman said.

Less frequent than the dust devils, but capable of lifting even more dust, are strong daytime wind gusts that blow upslope. The largest dust devils detected by MEDA at Perseverance’s landing site in Jezero crater have been about 890 feet (270 meters) across, but one particular daytime wind event covered an area 10 times larger.

Such winds exhibit “strong variations and turbulence, which is behavior that corresponds to the passing of a large convective cell,” Ricardo Hueso, a physicist at the Universidad del País Vasco UPV/EHU in the Basque Country of Spain and co-author on the new research, told Space.com.

The first dust devil spotted by Perseverance on Mars. On average one dust devil passes over the rover per day.   (Image credit: NASA/JPL–Caltech)

Air rises along the edge of the convection cells, with the strongest winds at the leading edge, where they whip up the dust and send it rising high into the atmosphere, where it absorbs sunlight, heating the atmosphere.

The warming causes the atmosphere to expand, lowering the atmospheric density. The effect can potentially have consequences for any craft flying through the atmosphere, be it a probe undergoing entry, descent and landing, or Perseverance’s little helicopter companion, Ingenuity, which is performing short reconnaissance sorties for the rover.

“The biggest concern regarding Ingenuity is the change in air density,” Newman said. “The helicopter has different settings for different times of the year because the atmospheric density changes on Mars a lot over the course of a year.”

Despite the role of wind gusts, the largest source of atmospheric dust nevertheless remains the dust storms, which can range in scale from regional storms that blow themselves out in a few days to storms that last months and enshroud the entire planet in dust. However, the storms on their own aren’t sufficient to permanently keep large quantities of dust in the Martian atmosphere.

A dust devil seen from above by the Mars Reconnaissance Orbiter’s HiRISE camera. The plume is about 230 feet (70 meters) wide and 12 miles (20 kilometers) high.  (Image credit: NASA/JPL-Caltech/UA)

There are also hints that dust-lifting does not take place equally everywhere on Mars. NASA’s InSight lander, which touched down in Elysium Planitia near the Martian equator, has seen little in the way of dust-lifting events, yet Elysium Planitia and Perseverance’s Jezero crater are, at first glance, two fairly similar landing sites.

One difference is that Jezero crater lies close to one of the big storm tracks, “so in some sense we knew it was going to be a bit different [in terms of dust],” Newman said. “Jezero crater is particularly susceptible to having dust lifted, and trying to understand what the balance is between the different dust-lifting events, and also why Jezero has so much more lifting than InSight’s landing site is a really interesting puzzle.”

The research was published Wednesday (May 25) in the journal Science Advances.