Ubisoft has released its roadmap for Rainbow Six Siege in 2022, teasing a Ranked overhaul and cross-progression for later this year. Ubisoft has already revealed the details about Year 7 Season 1 Demon Veil, which adds a new operator and a Team Deathmatch mode.

The Rainbow Six Siege 2022 roadmap confirms that there will be four seasons, each with a new battle pass and operator. Season 2 will have an operator from Belgium, Season 3 from Singapore, and Season 4 from Colombia. The roadmap has also listed some of the upcoming features focused on making the game more approachable for new players. Season 2 will add a shooting range so players can try out weapons and operators in a controlled environment. It will also bring operator tips, which will provide helpful information about each operator, aimed at new players. 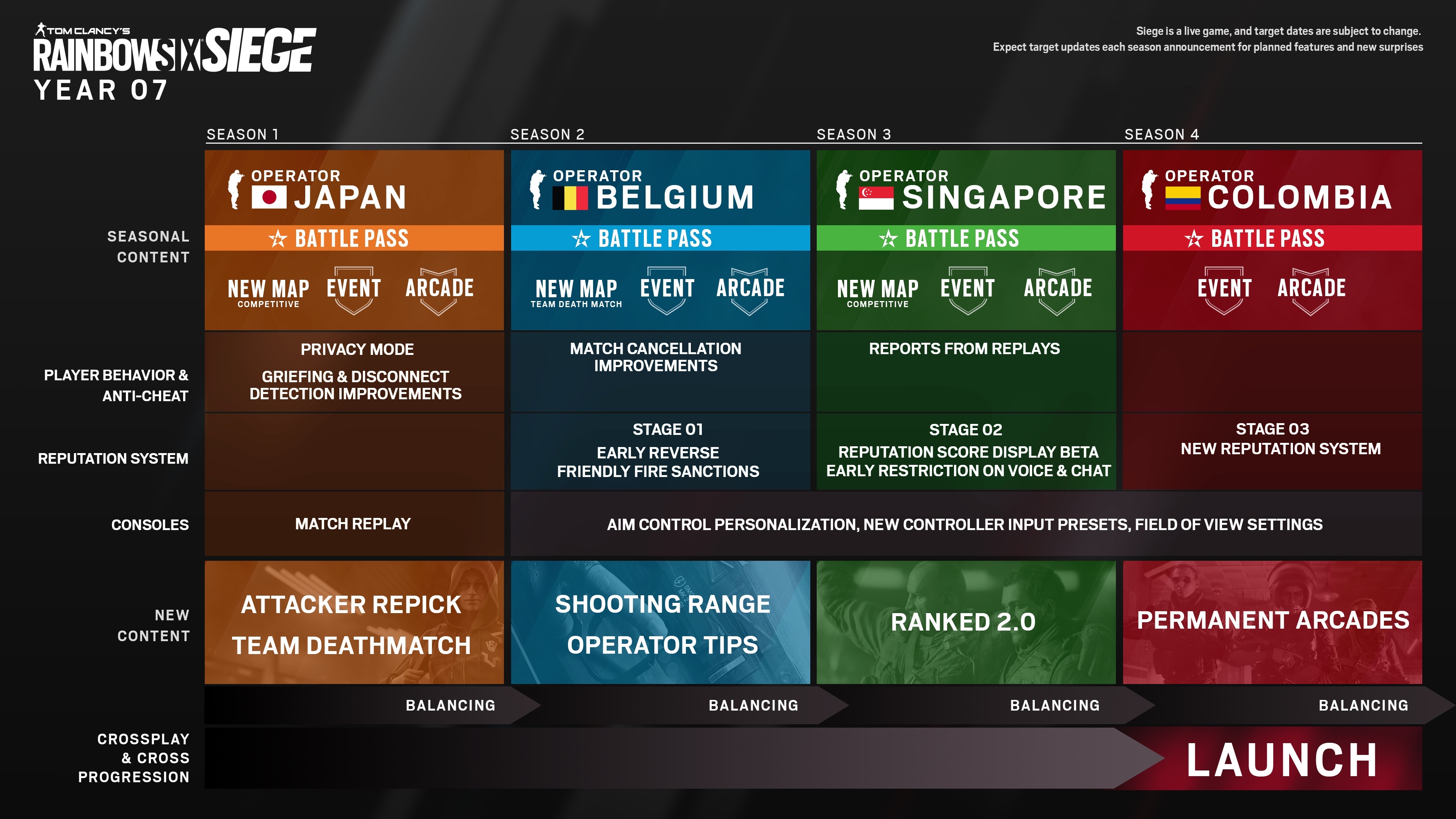 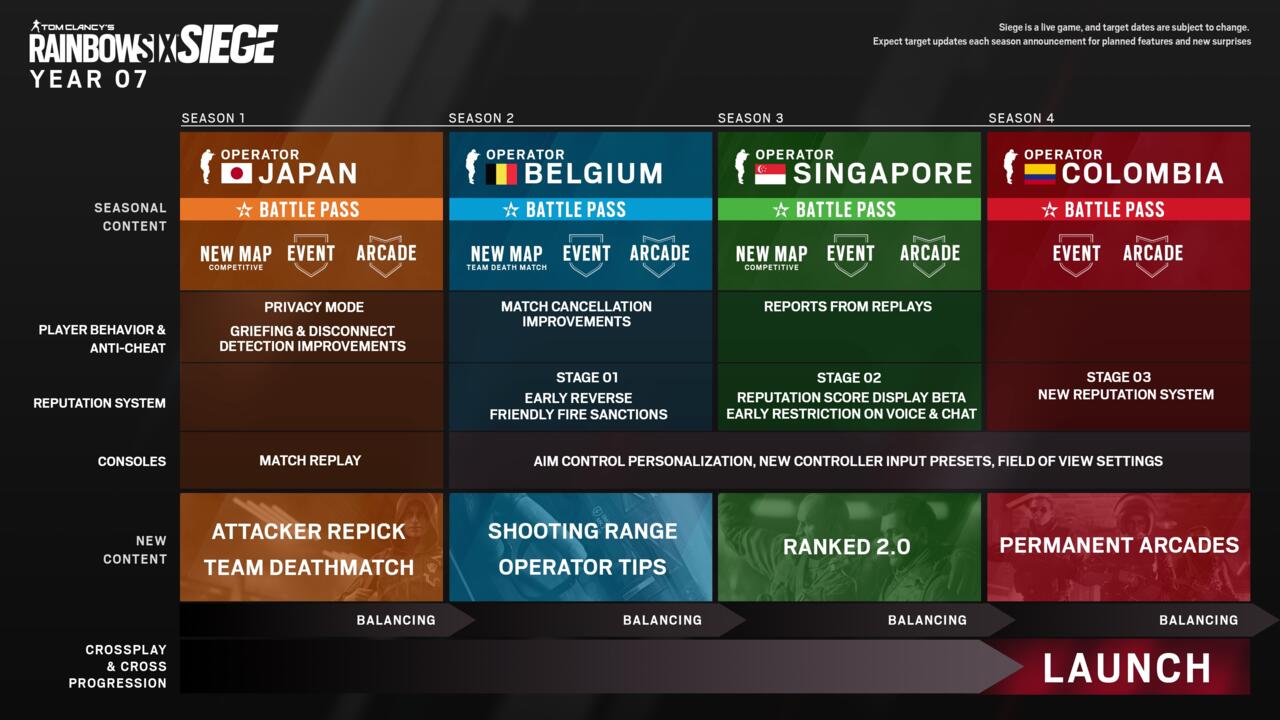 Year 7 will bring two new competitive maps, one in Season 1 and one in Season 3. Season 3 will also see the introduction of Ranked 2.0, which Ubisoft said will better reflect a player’s progress. Season 4 will see a permanent Arcade playlist, offering even more game mode options in between events. Console improvements, like new controller input presets and field of view settings, are coming sometime after Season 1.

Season 4 will also see the addition of cross-play between Xbox and PlayStation, a highly requested feature that was originally announced to be coming in early 2022. At the same time cross-progression between all platforms will be added as well. Year 7 Season 1 Demon Veil will launch sometime in March and is available now on the public test servers.