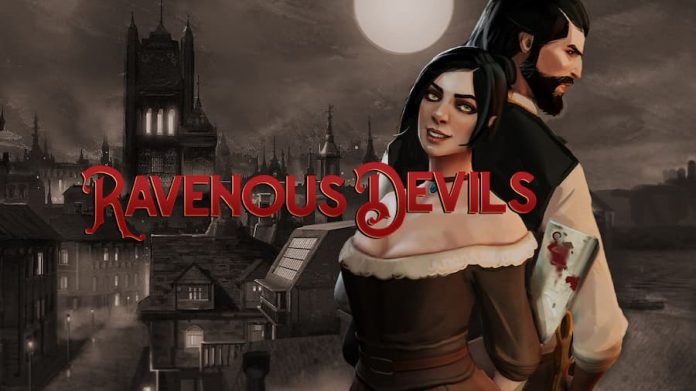 Ravenous Devils is Sweeny Todd: The Game in all but two respects.

Firstly, the protagonists of this gory cooking and restaurant management sim aren’t Sweeney Todd and Mrs Lovett. Instead, you direct the bloody endeavours of throat-stabbing tailor Percival and his corpse-cooking wife Hildred. Secondly… well, I’ll come back to that later.

As you might expect, given that it has you murdering people and cooking them into pies, Ravenous Devils is not for the faint of heart. The game gradually expands on its basic gameplay loop, but essentially: (a) Percival murders people who come in for a fitting; (b) he dumps them down a chute; and (c) Hildred turns them into pies.

Your gruesome cashflow comes from the sale of these pies and also the “recycled” clothes that Percival stitches back up. There’s no landlord threatening to kick you out but if you don’t keep your mannequins clothed and your pie-racks full, people will grumpily storm off, leaving you with less cash to spend on upgrades.

At first, I found a little off-putting that, playing the Xbox version of the game, I was moving a pointer, or rather hotspot, around. I expected I’d be flitting between workstations with the press of a button, though the d-pad does let you switch floors. I did eventually get used to it, however, and was able to get down the serious business of dispatching people for their nutrient value. 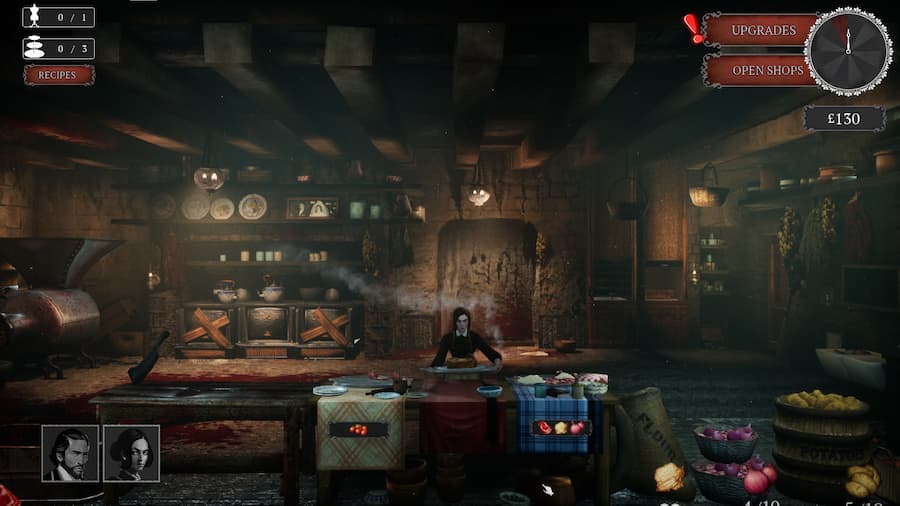 And, as it turns out, turning Victorians into unwitting cannibals is an awful lot of fun. Ravenous Devils nails the gloomy, penny dreadful aesthetic that Tim Burton’s Sweeney Todd: The Demon Barber of Fleet Street pulled off, albeit without the musical numbers. The aforementioned gameplay loop sounds like it might get boring eventually, but the fact that I was getting away with murder made it more fun than it might otherwise be. Plus, the addition of new recipes helps spice things up.

Remember what I said about Ravenous Devils not being for the faint of heart? I wasn’t kidding – when Hildred throws a corpse into the mincer or sausage maker, you don’t see much. But when you upgrade to the steak table, she chops the corpse up bit by bit and throws it into a big bucket. Nasty.

Still, my macabre glee grew as I plunged deeper into Ravenous Devils’ murky world. Full English Breakfast, you say, with emphasis on the English? Coming right up. The voice acting is incredibly hammy – Percival sounds like a discount Michael Madsen – but that only adds to the shlocky atmosphere. There’s a plot of sorts, too, but it’s not worth paying too much attention to; the translation is a little off, and the whole script could do with a bit of work. It’s not enough to distract from the gleeful goriness of it all, though. 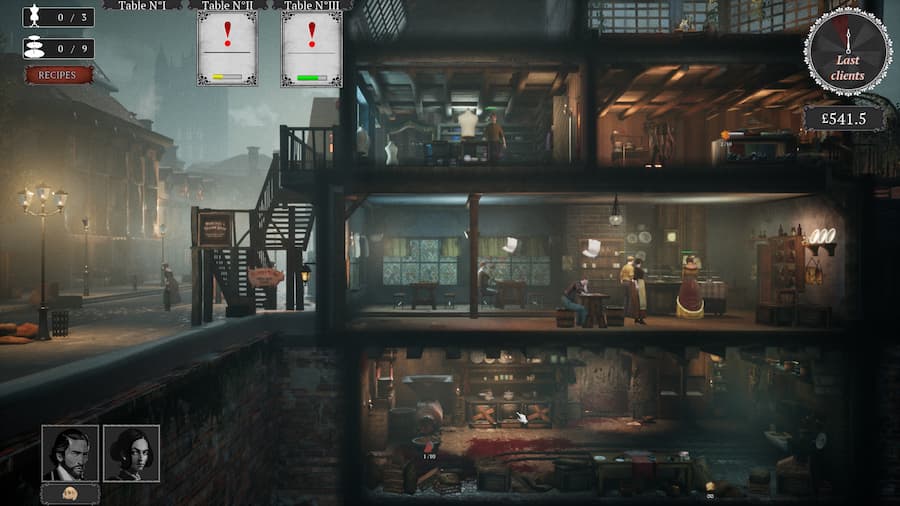 But what might is Ravenous Devil‘s serious lack of tension. In Sweeney Todd, there’s always the feeling lurking somewhere that sometone’s going to discover the real ingredients in Mrs Lovatt’s pies. But not here. On a day-to-day basis, there’s never the sense that you’re in danger of getting caught, which undermines the atmosphere Ravenous Devils is trying to establish. It may well be that, later on, the story introduces a note of menace, the danger that Percival and Hildred will be discovered. But it seems unlikely.

Take Percival’s upstairs activities, for example. Once you’ve dispatched someone, you have to drop their body down the chute, and then mop up the blood before another client can come in. But you can also use your sewing machine to make a new garment if your mannequins are bare, just leaving the body there. 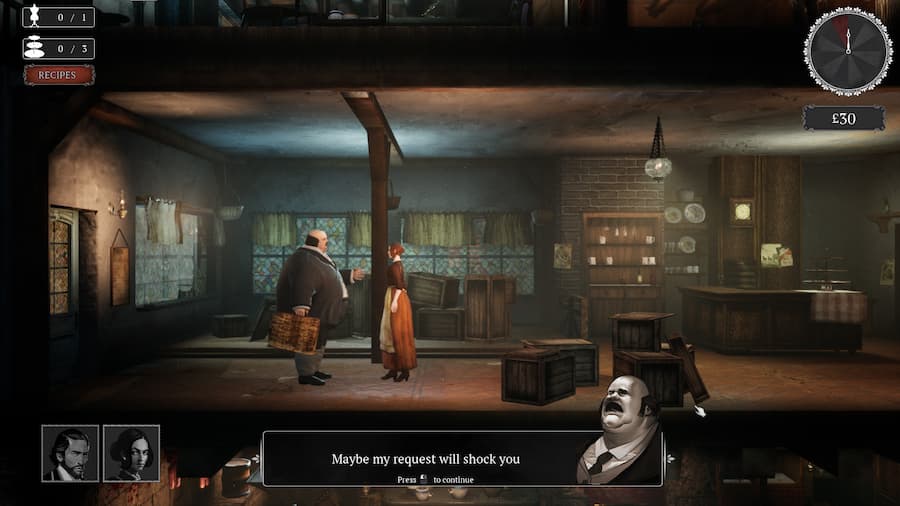 But hang on… surely a customer could walk in at any minute? You’d think, but a client won’t even try to enter until you’ve disposed of body and blood, so you’re safe as slaughterhouses. I’d have loved to see some kind of mechanic where you could mash a button or something to clean up, or some other mini-game where you had to allay your living clients’ suspicions, but I didn’t encounter anything of the sort. On top of that, there’s a moment in the game where you hang a corpse in front of a massive, warehouse sized window. Quite an oversight.

I’ve had a bloody good time with Ravenous Devils, but that extra note of tension, the danger of being discovered as you were tipping a corpse down the coal chute, would have elevated it to new heights. As is, this is still a wickedly entertaining twist on a well-worn genre and if you have a strong stomach and a twisted sense of humour, chances are you’ll Lovett.