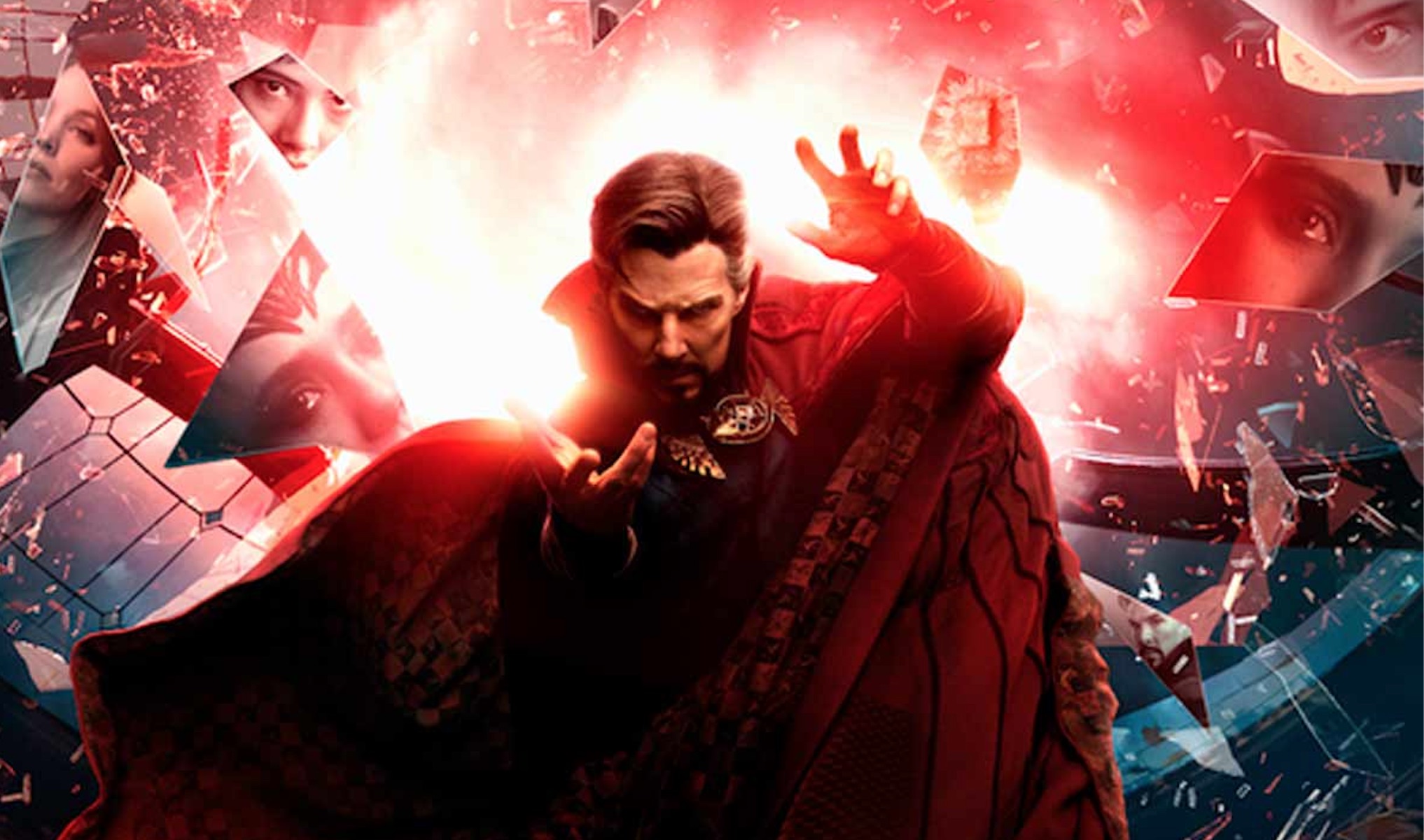 It seems like the whole planet is onboard the multiverse bandwagon these days, that hypothetical realm of infinite alternate or parallel universes observed in today’s comic books, video games, TV shows, and feature films.

To add to the global scientific fervor, Marvel fans are gearing up for one of the most anticipated movies of Hollywood’s spring release schedule in “Doctor Strange in the Multiverse of Madness” which enters our dimension May 6.

Doctor Strange has a multiverse of problems in his new sequel coming from Marvel Studios. (Image credit: Marvel)

“It’s pretty unfathomably exciting where we’re going in this film,” Cumberbatch notes in the new featurette. “It’s the most fantastic new phase of Marvel. It’s got a sort of darker tone to it, and with Sam Raimi at the helm, you know he’s a master of that.”

Unleashing the maestro of unhinged horror, the filmmaker who orchestrated the “Evil Dead” franchise and Tobey Maguire’s “Spider-Man” trilogy is a stroke of genius for Marvel Studios. The weird hallucinatory vibe often portrayed in classic Doctor Strange comics is perfectly suited to Raimi’s twisted sensibilities and imaginative eye.

Related: The best sci-fi movies and TV shows to stream on Disney Plus in April

“Telling this story was such a gigantic endeavor,” reveals director Sam Raimi. “It had to be large because it had to not only paint a picture of our universe, but of multiple universes. It was a great opportunity to pair two of the most powerful super heroes together.

“We wanted the fans to go, ‘Oh, how cool!’ I mean that really was our goal. We wanted to give the fans what they wanted, just not exactly what they expected.”

For more MCU mania, check out our Marvel movie streaming guide and our list of the best Marvel movies ranked, and if the sheer number of Marvel sci-fi and superhero films as your mind spinning, here’s a handy look at the Marvel movies in chronological order.

In this trippy sequel that picks up a few months after the rupture of the multiverse seen in last year’s “Spider-Man: No Way Home,” Doctor Strange’s constant meddling with the space-time continuum causes enemies from disparate planes to converge upon his reality.

This includes former Sorcerer Supreme Karl Mordo, a cyclopean space-squid, Marvel’s Illuminati, and even a zombified evil version of Doctor Strange himself. To aid in his quest to right the universe, Strange reaches out to Scarlet Witch for assistance.

The poster for “Doctor Strange in the Multiverse of Madness.” (Image credit: Marvel)

Alongside the Sorcerer Supreme in this reality-warping follow-up to director Scott Derrickson’s “Doctor Strange” from back in 2016 is Elizabeth Olsen, who reprises her scene-stealing MCU role as the all-powerful sorceress, Scarlet Witch, AKA Wanda Maximoff.

“In this story, we are leaping into different universes,” she reveals in the video. “But unlocking the Multiverse creates a big Pandora’s box.”

“We’re in unknown territory,” he notes in the teaser. “I think audiences are going to be startled. These other realities invite a plethora of all these new characters.”

Penned by screenwriters Jade Bartlett and Michael Waldron, “Doctor Strange in the Multiverse of Madness” strikes theaters on May 6, 2022 and also stars Chiwetel Ejiofor, Xochitl Gomez, Michael Stühlbarg, and Rachel McAdams. The movie will eventually land on Disney Plus for streaming video.