Resident Evil Village Food Guide – Where To Find All Ingredients

Resident Evil Village‘s traveling merchant, the Duke, will sell you a bunch of different items and resources, but one service you might not know he offers is his culinary expertise. If you find the ingredients, the Duke can cook up a tasty meal and give you some. These meals are extremely useful–they boost protagonist Ethan Winters’ overall stats, giving him more health, faster movement speed, and a stronger defensive guard.

The ingredients the Duke needs for these meals are all various kinds of meat, which you can find around the village and surrounding area. Whenever you see animals such as fish, chickens, pigs, or goats, you should, uh, kill them. They’ll drop different kinds of meat you can then deliver to the Duke for each kind of meal. But there are several special, one-of-a-kind animals you’ll need to find in the village to make the very best foods. Below you’ll find all the details you need to make each of the Duke’s meals, including where you can find the rarest animals. 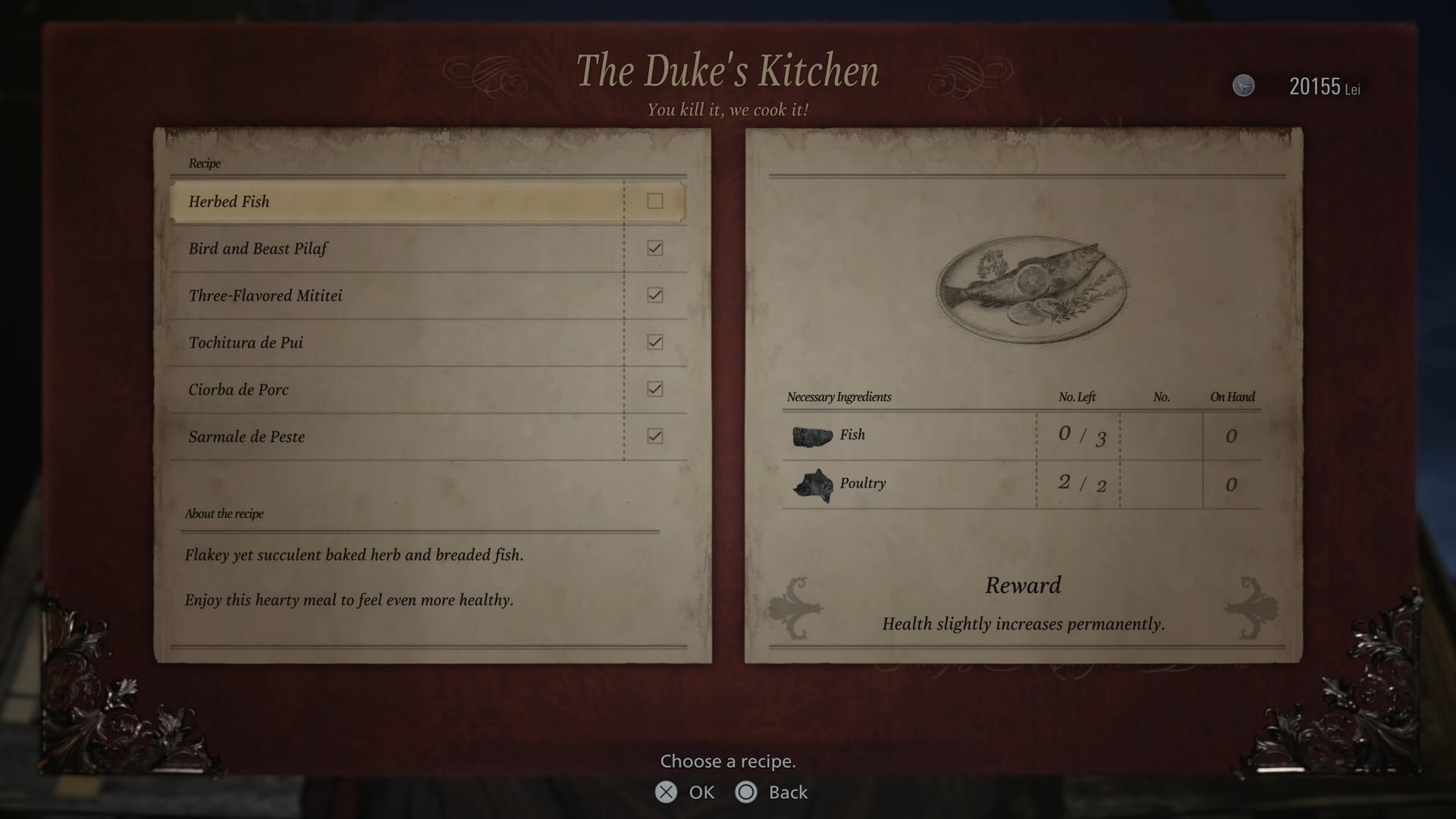 The Duke can make several meals, and their complexity and the rarity of ingredients determines how much they affect you. If you can, your best bet is to focus on a single meal at a time that seems attainable with the ingredients you can locate in the village. You should be able to knock out at least one or two every time you return to the village; follow this guide and you’ll likely have them all done before heading to the Stronghold and Factory areas. 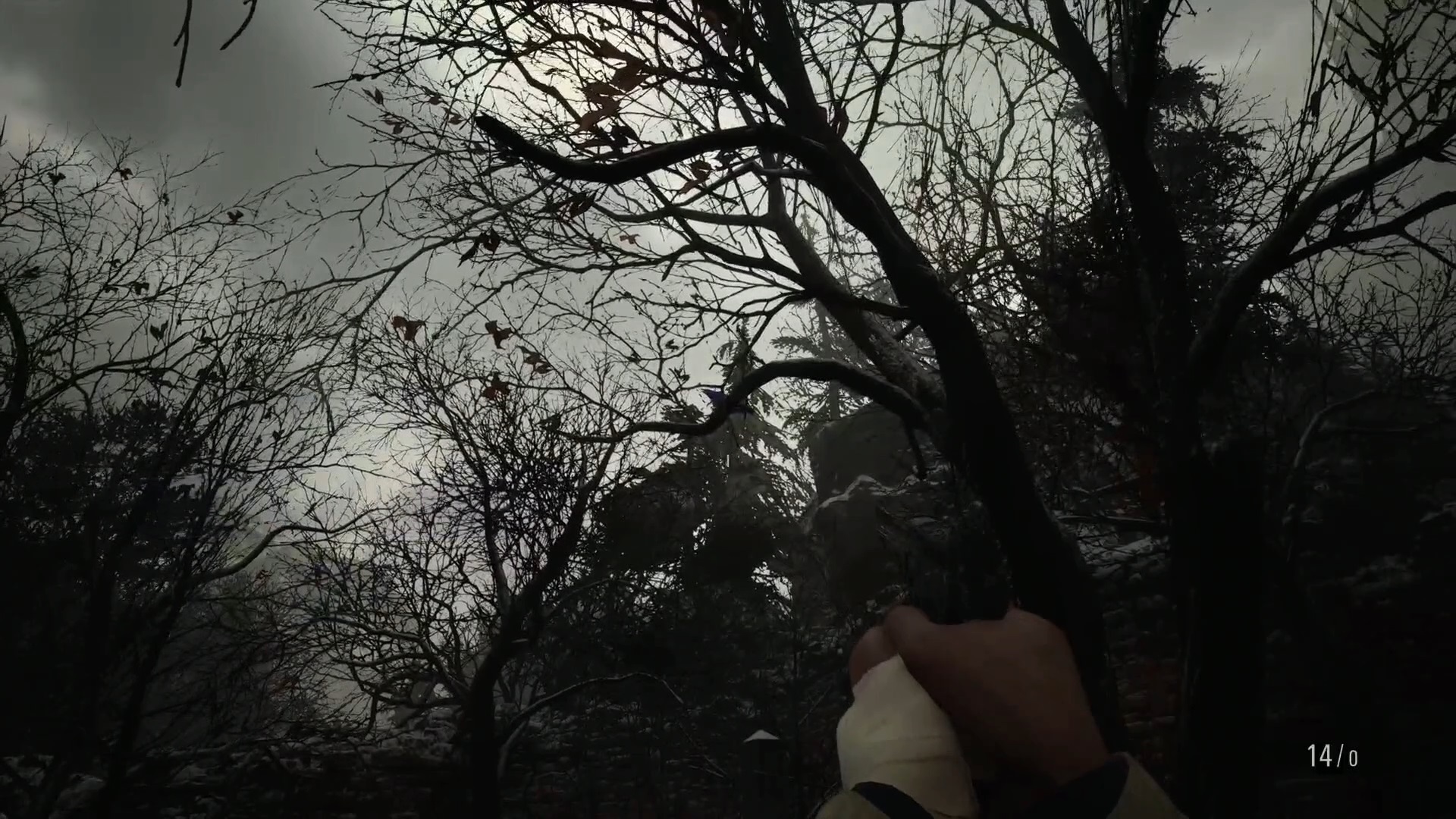 The first rare animal is the bluebird. You’ll find the photograph marking the bird’s location in the outhouse behind the gardener’s house near Beneviento house. You might recognize it as showing the graveyard that surrounds the Maiden and Demon Gate to Castle Dimitrescu. Look for the bird in the tree in front of the gate; you’ll get the Juicy Game ingredient, which you can use to make Tochitura de Pui. The mean will greatly increase your total health. 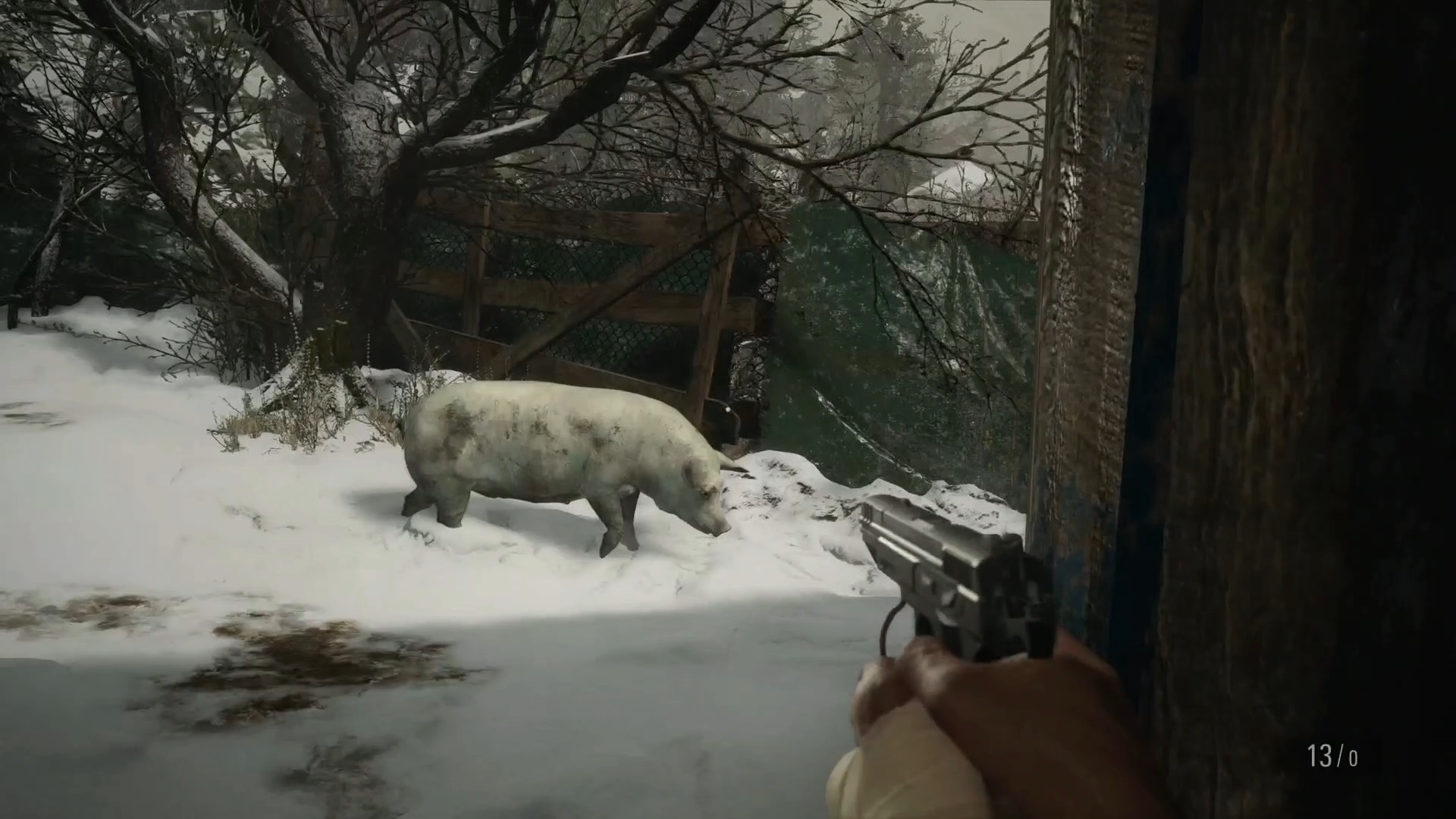 The second rare animal can be found and killed after you return from the Beneviento house–but you won’t find the photo identifying it until you make your way toward Moreau’s Reservoir. The photo is on a barrel right outside the windmill that marks the entrance to the reservoir, but you can find the white pig back near Luiza’s house. Head through the Fallow Field to Luiza’s, but instead of going to the burned-out building, turn right to the small house where you rescued Elena and her father the first time you were here. Go through their house and jump through the window to get into the yard behind the house, where the white pig hangs out. That’ll get you the Quality Meat for the Ciorba de Porc recipe, which greatly decreases the damage you take when guarding. 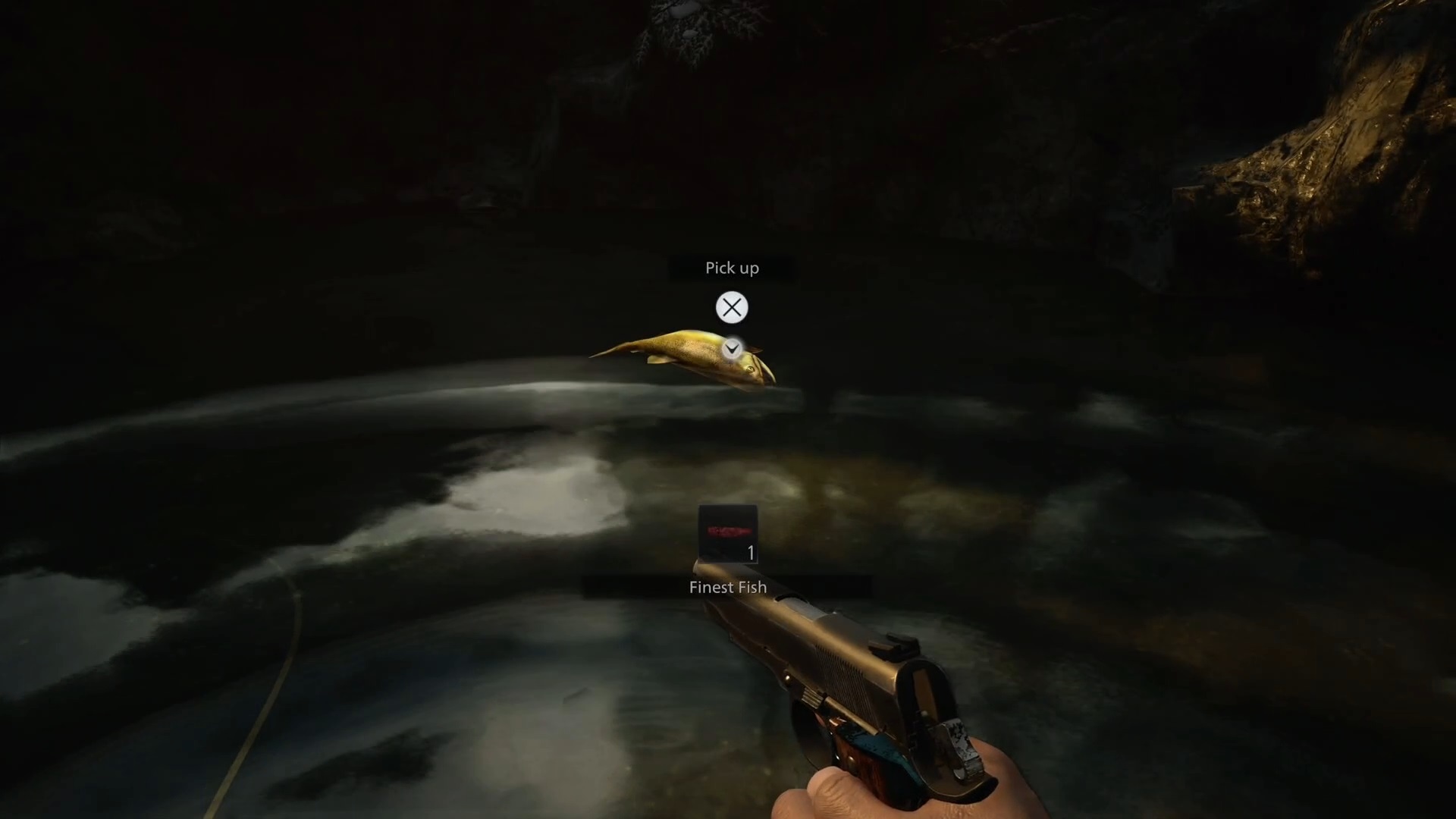 The last rare animal pops up after you’ve left Moreau’s Reservoir. You’ll find the photo identifying the fish Head back to the Altar location in the village, then west toward the Ceremony Site. Instead of crossing the bridge, head down to the riverbank and use the crank tool to lower the second bridge there. When you get to the far side, you’ll find a boat you can use to navigate down the river. Take the boat south until you hit another dock. As you disembark, turn left and walk down the path into a small pool, which you’ll find full of fish–including a yellow one. Killing the fish of a different color rewards you with the Finest Fish meat, which can cook up the Sarmale de Peste meal to permanently increase your movement speed.

« Qtum price rallies 160% as the project’s focus on DeFi pays off » A huge Chinese rocket booster is falling from space, but don’t worry. It likely won’t hit you.