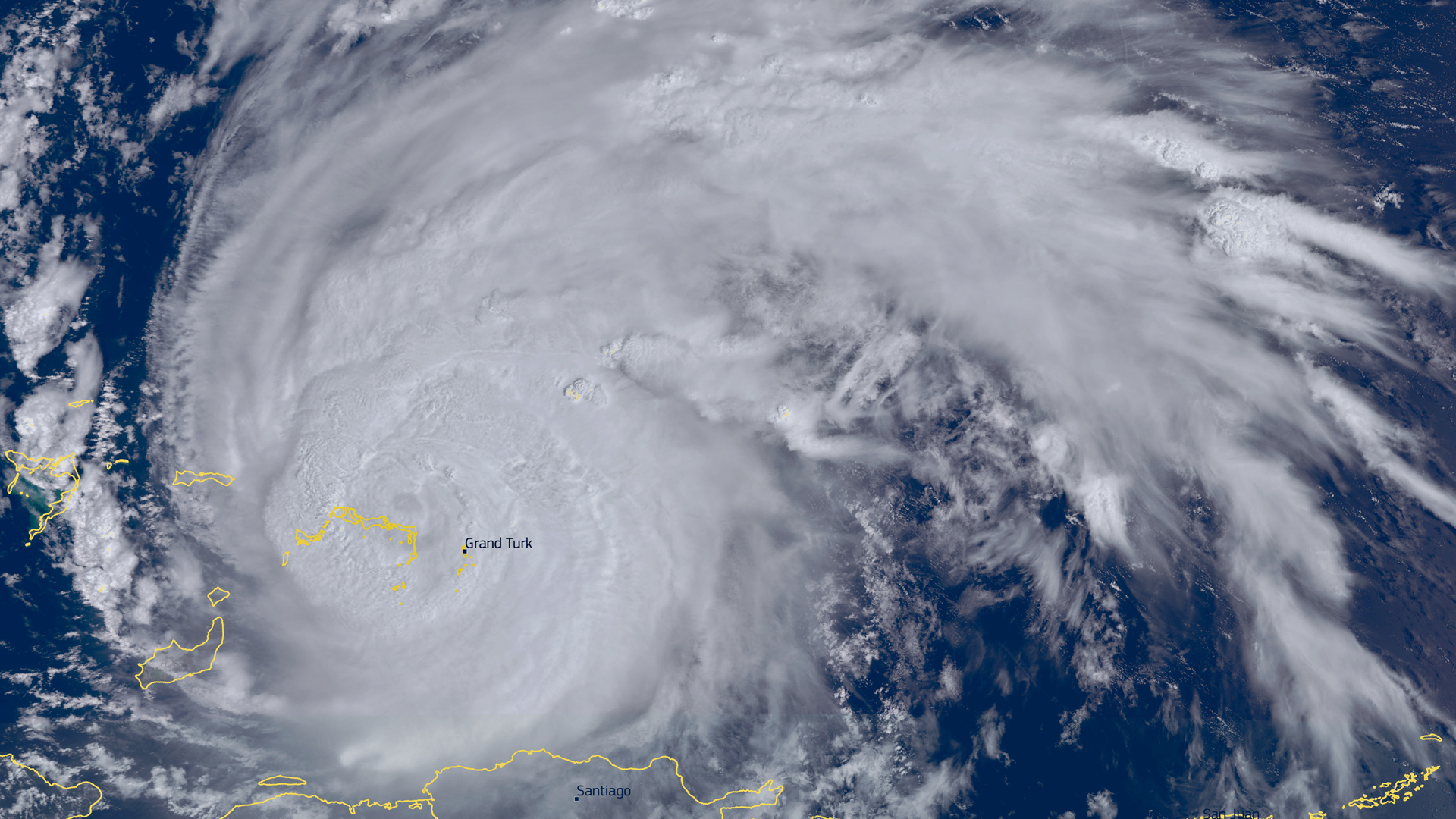 The Atlantic hurricane season of 2022 has picked up momentum.

After a slow start, Hurricane Fiona has strengthened into a Category 4 storm after knocking out power grids across Puerto Rico earlier this week. Meteorologists are also monitoring Tropical Storm Gaston and three other areas of low air pressure that might develop into cyclones in the next few days.

All five of these areas of meteorological concern are visible in a single image captured Thursday (Sept. 22) by the GOES 16 meteorological satellite from its vantage point 22,000 miles (36,000 kilometers) above Earth.

Hurricane Fiona, the first major hurricane of the 2022 Atlantic season, formed west of Barbados and Martinique in mid-September and quickly picked up energy as it tracked westward above the warm Caribbean waters. Fiona reached hurricane status on Sunday (Sept. 19), when it battered Puerto Rico. It then continued to strengthen as it moved over the Dominican Republic, discharging torrential rains and unleashing powerful winds.

A night-time image shared on Twitter (opens in new tab) by the U.S. National Oceanic and Atmospheric Administration (NOAA) Thursday, and taken earlier that day by the NOAA 20 satellite, revealed Puerto Rico still mostly in darkness three days after Fiona’s passage, hinting at the scale of the power grid damage.

Fiona reached the intensity of a Category 4 hurricane on Thursday (Sept. 22) with sustained wind speeds of 130 mph (215 kph) and maximum wind gusts of 160 mph (259 kph) according to Accuweather. The storm is currently moving northward toward Bermuda, and is expected to skirt the islands later on Thursday night or early Friday morning.

Fiona will then continue its northbound journey at a safe distance from the U.S. East Coast, but will make landfall in eastern Canada this weekend as a Category 2 hurricane with sustained wind speeds of 100 mph (157 kph) and maximum wind gusts of 121 mph (195 kph).

The Atlantic hurricane season of 2022 had an unusually slow start. It had no named tropical storms forming above the ocean’s waters during the entire month of August for the first time in 25 years. But activity picked up at the beginning of September. In addition to Fiona, tropical storm Gaston is currently raising waves in the northern parts of central Atlantic. The storm does not pose any threat to inhabited territories in the foreseeable future.

On the other hand, an area of low air pressure just north of the coast of Venezuela has a 70% chance of strengthening into a cyclone in the next 48 hours, according to NOAA (opens in new tab). This cloud system is moving in the western/northwestern direction toward the central Caribbean and potentially the Gulf of Mexico. Meteorologists are also monitoring two other, weaker areas of low air pressure: One off the east coast of central Africa and another in the central tropical Atlantic Ocean.