Solar Orbiter spacecraft takes its closest look at the sun 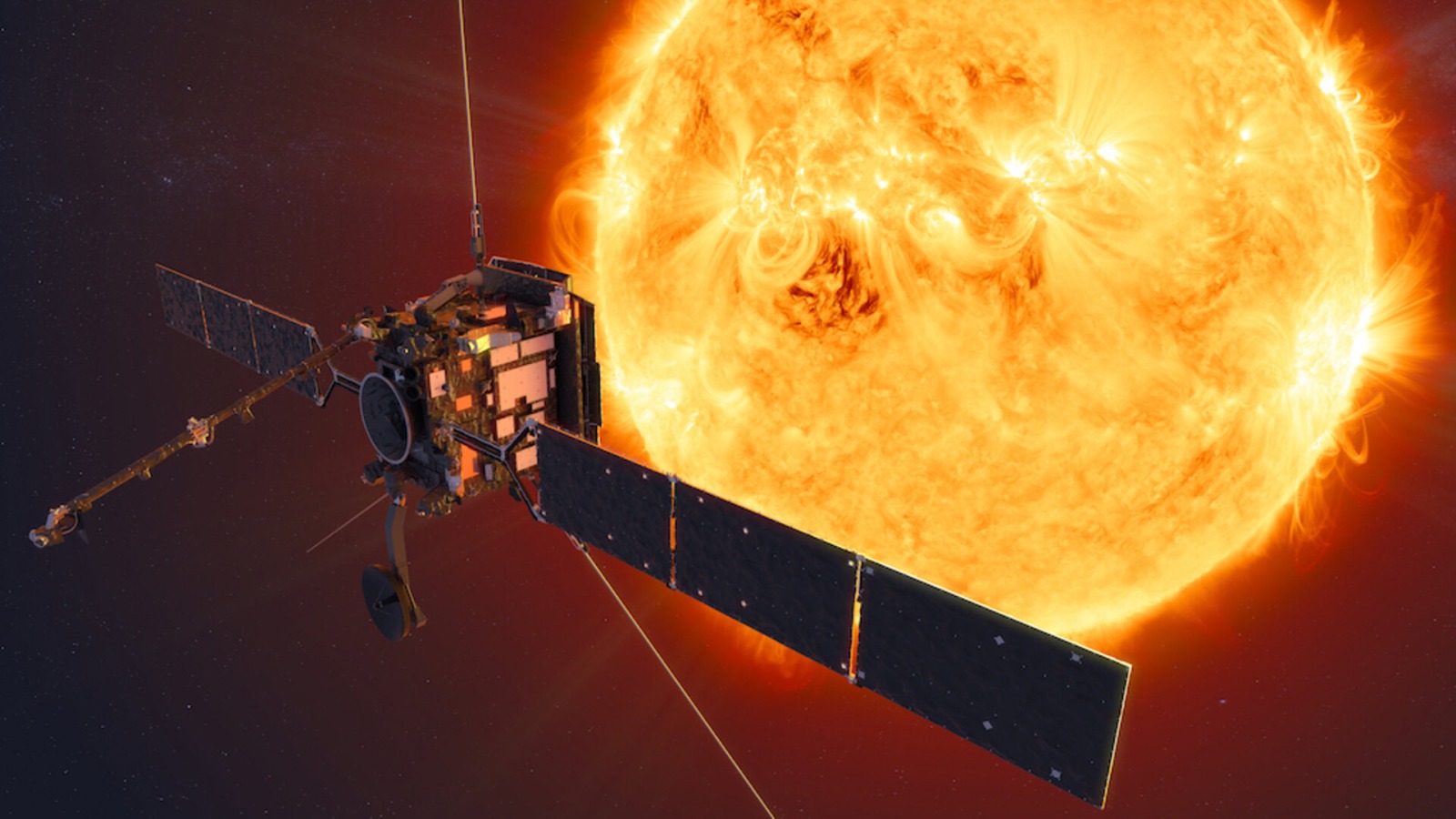 The Solar Orbiter spacecraft will make its closest approach to the sun on Saturday (March 26), passing at about one third of the sun-Earth distance. And we can expect some fabulous new record-breaking images to follow soon!

The daring European mission (with contribution from NASA), will look at the sun from a distance of “only” 30 million miles (48.3 million km) on Saturday morning at 7:50 a.m. EDT (1150 GMT). Doing that, the probe is set to break its own previous record for the closest images of the sun ever taken.

While NASA’s Parker Solar Probe dives even closer toward the star, within a few million miles from its surface, the environment it faces is so hot that it can’t carry a sun-facing camera. The job of the sun’s best ever close-up photographer therefore belongs to  Solar Orbiter.

On Thursday (March 24), ESA released an image taken by the spacecraft two weeks ago when it was exactly half-way between the sun and our planet (47.8 million miles or 77 million km away), heading toward the closest point in its elliptical orbit around the star, the perihelion.

Related: Solar Orbiter captures its 1st video of eruption on the sun

Since Solar Orbiter’s launch in February 2020, ground control teams have been gradually tightening the spacecraft’s orbit around the sun. The previous closest approaches therefore took place farther away from the sun, at about half the sun-Earth distance. Future perihelions will see Solar Orbiter dive even slightly closer, up to 26 million miles (42 million km) away from the sun’s surface.

Solar Orbiter’s ten instruments will use the Saturday close approach to take a new set of detailed images of the sun’s atmosphere, make measurements of its magnetic field, as well as the solar wind emitted by the star as it hits the spacecraft.

Scientists are eager to see the data. Images taken during Solar Orbiter’s first close approach to the sun in June 2020 revealed never before observed miniature solar flares nicknamed the campfires.

“The campfires are little relatives of the solar flares that we can observe from Earth, million or billion times smaller,” David Berghmans, a space physicist at the Royal Observatory of Belgium, and principal investigator of the Extreme Ultraviolet Imager instrument, which took those images, said in another ESA statement shortly after the 2020 perihelion.

Berghmans noted that the sun, then in a subdued period of its 11-year cycle of activity, has a lot more energy than apparent. “The sun might look quiet at the first glance,” he added, “but when we look in detail, we can see those miniature flares everywhere we look.”

The sun has since woken up and its activity has been picking up recently, promising an even livelier spectacle than the 2020 photo opportunity.