Solar wind blowing from the sun could trigger aurora displays 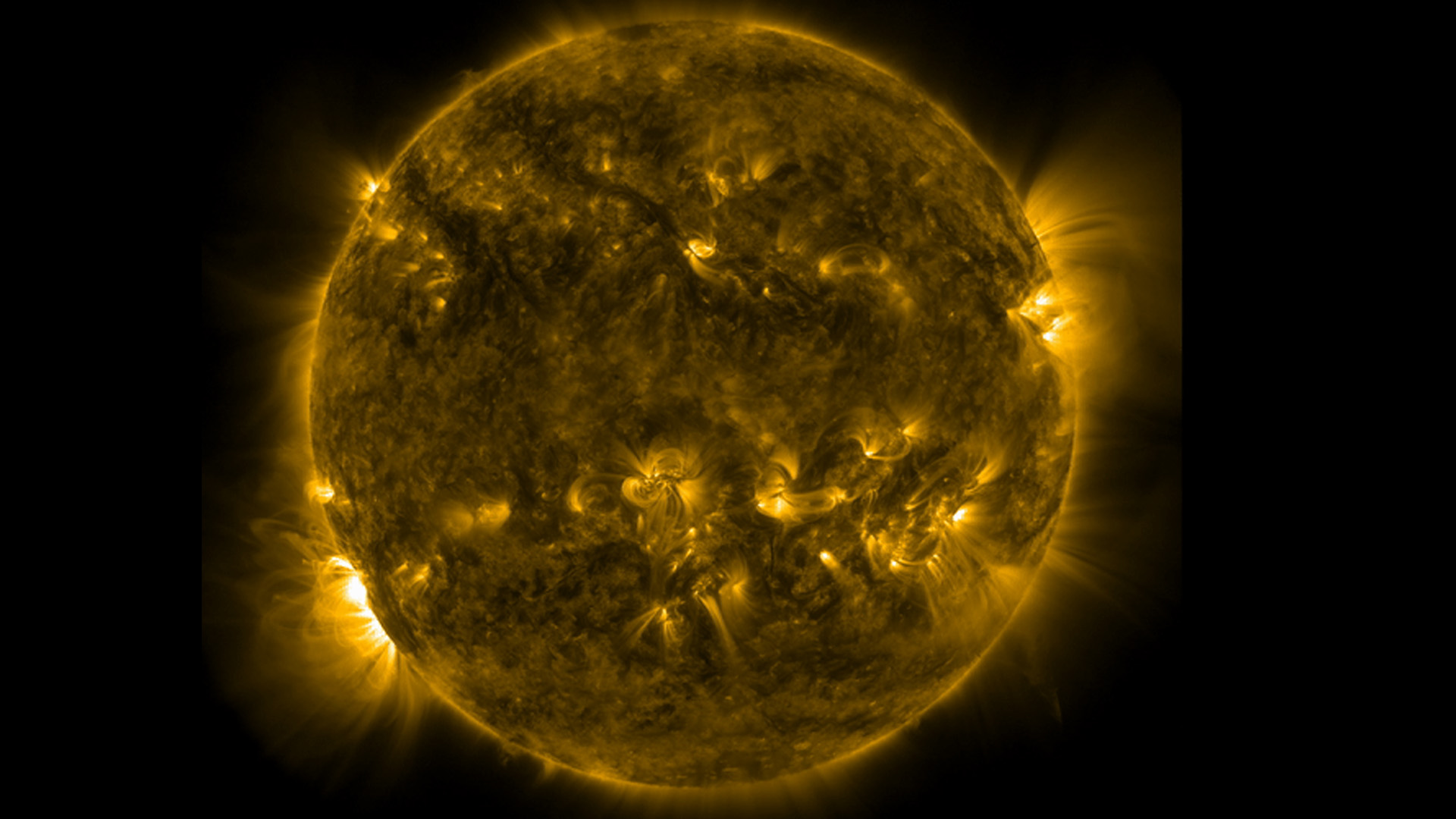 Solar wind is blowing from the sun with unusual intensity these days, and space weather forecasters think it might make polar lights brighter.

The sun burped out a lazy coronal mass ejection (CME) on Friday (July 15) that has just reached our planet. A CME is a burst of charged particles from the sun’s upper atmosphere, called the corona, that can interact with Earth’s magnetic field and cause geomagnetic storms. Such storms, in addition to creating beautiful aurora displays, can disrupt satellite links and throw some spacecraft from orbit. They can also sometimes cause power blackouts.

The current CME, however, is not a big beast, and we can mostly expect that the resulting auroras will expand to somewhat lower latitudes from their usual locations behind the polar circles. In the U.K, they might be visible from the north of Scotland while on the American continent they are not likely to extend beyond central Canada.

Related: NASA’s solar forecast is turning out to be wrong. This team’s model is still on track.

The current CME, which has been affecting Earth‘s magnetic field since Tuesday (July 19), is getting a boost from some extra solar wind blowing from two coronal holes, which are openings in the sun’s magnetic field that allow cooler solar plasma to stream into space.

Forecasters have predicted the storm will only range from the ‘quiet’ to the ‘unsettled’ rating levels. “Geomagnetic activity will be initially quiet, with a slight chance of isolated unsettled intervals late on day 1 (July 20), increasing to unsettled to active with isolated G1/Minor Storm intervals likely later day 2 or day 3 (July 21 or 22) due to the fast wind arrivals,” the U.K. Met Office’s space weather center , said in a statement (opens in new tab). “Activity easing back to quiet to unsettled [on] day 4 (July 23).”

The sun is otherwise quiet these days, according to the Met Office, with a few “stable and inactive sunspots on the visible disk” producing occasional mild solar flares.

“Solar activity is forecast to be low, with a chance of rising to moderate from any moderate flares that occur due to the number of sunspot regions on the visible disk,” Met Office said in the statement.

« Analysts Suspect the Fed Will Bump Federal Funds Rate by 75 bps Next Week, Others Predict the ‘Biggest Hike in Decadesâ » Bitcoin price dips under $23K after earnings report reveals Tesla sold 75% of its BTC