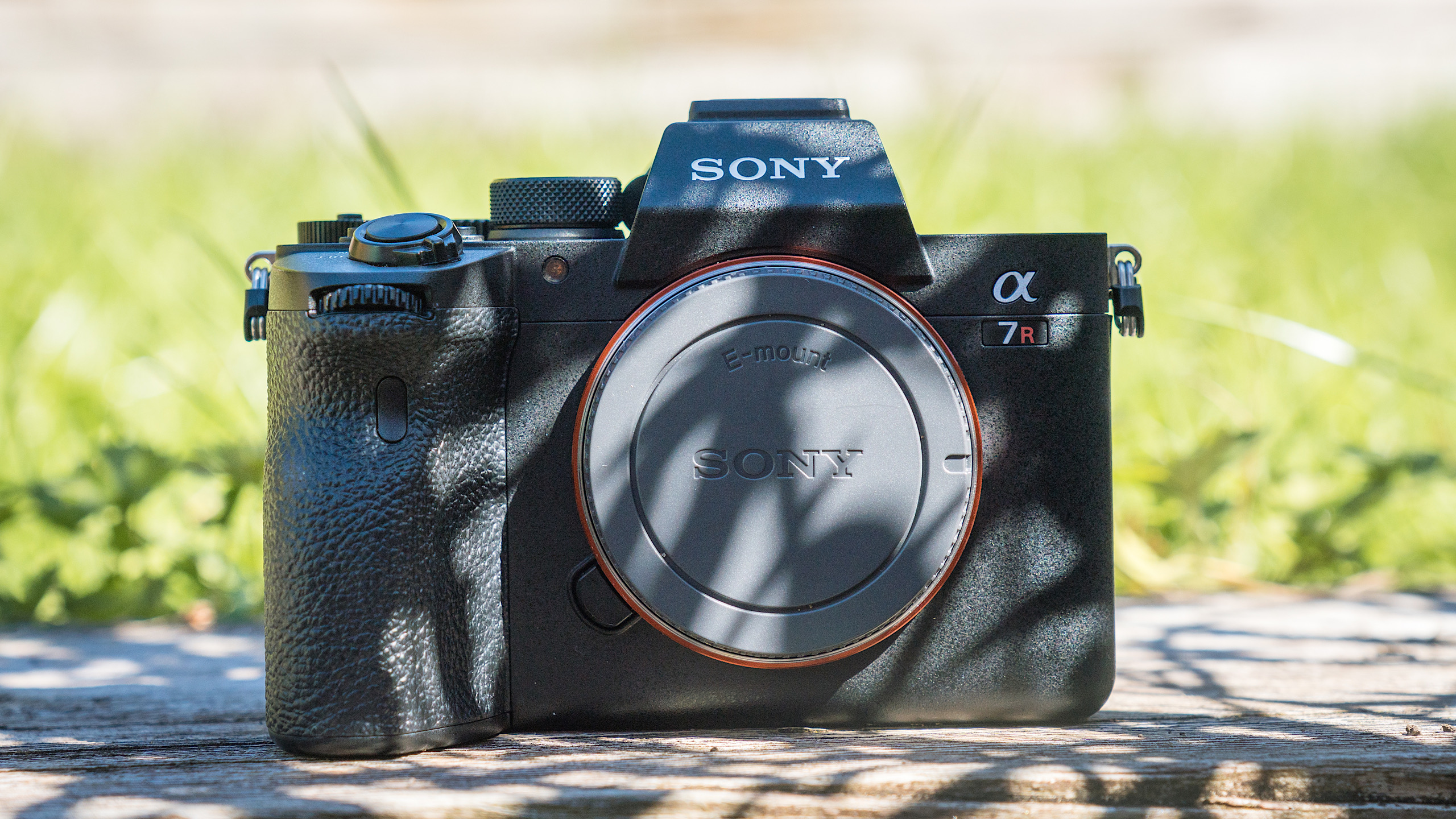 The Sony A7R IV was released back in 2019, only two years after the A7R III. On the surface, it looks pretty similar to the A7R III, but Sony has made subtle changes to its design and performance which make the world of difference in practice, making it an absolute dream to handle. This camera has a world-leading auto focus system, incredible image quality and better weather sealing than previous models.

The Sony A7R IV is also currently the highest resolution full-frame camera on the market, so there’s no question why professional photographers are flocking to buy this powerhouse of a camera.

The A7R IV comes with a pretty hefty price tag ($2998), so we’ll be taking an in-depth look into this camera and discussing which types of photography it would be best suited for, and all the pros and cons of this camera and the features it offers.

The Sony A7R IV seems to perfectly balance the portability of a mirrorless camera while still being a big enough size to make it easy to grip. This camera weighs 665g with dimensions of approximately 128.9mm x 96.4mm x 77.5mm. The grip is one of the aspects of the camera which has been improved after criticism of the A7R III, with many users commenting that there wasn’t enough room between the lens and the grip. Sony has now redesigned the grip to leave more space in between the grip and the lens, making you less likely to drop it.

Sony has also redesigned the buttons on the camera body to be bigger and better and the previous model. It’s now much more obvious when you’ve pressed them which may not sound like a very important issue in theory, but in practice, it’s advantageous for astrophotographers who are more likely to be wearing gloves while out on a shoot. The AF joystick is also larger and better, although the Auto-Focus on this camera is so good you likely won’t even need to use it.

The Sony A7R IV can shoot up to 10 continuous frames per second, which is impressive for a 61-megapixel full-frame camera with such large files. However, you run into problems when you’re shooting on drive mode as there seems to be quite a slow buffer time. We tested this camera on a portrait shoot, and we got to around 60 shots in the buffer before the camera would struggle to take any more images, and we had to wait a while for the buffer to clear. You would need to time your burst shots well to avoid the buffer filling up too quickly, but the A7R IV’s ability to accurately lock onto moving subjects is incredible so you won’t miss many shots.

We used a 120MB/s memory card in the camera, and with the file sizes being roughly around 120MB with no option for a medium or small RAW file, this meant it could take around a whole minute before we could continue shooting again. You can help speed things up more by using an even faster memory card, but as the file sizes are so big it’s still not going to be particularly fast at writing the images to the card. If you predominantly shoot sports or action photography, this probably isn’t the camera for you.

The camera doesn’t struggle with bright highlights or dark shadows, even when shooting directly into the sun. (Image credit: Kimberley Lane)

If you don’t need images with 61MP, with the touch of a button you actually can transform the A7R IV into a 26MP APSC camera with a 1.5x crop factor. This means you can capture 10FPS bursts for much longer with less of a buffer, making it much more useful for shooting sports or fast action. Not to mention you can also use any APSC lenses you may already own.

Where this camera comes into its own, though, is the incredible Sony autofocus system. Sony has introduced what they call ‘real-time tracking’, which means the camera has been trained to recognize eyes and faces. This camera has fast hybrid autofocus with 567 point focal plane phase-detection AF (425 on the A7RIII) and 425 point contrast-detection AF — vastly improved from the previous model. In action, the autofocus on this camera was near faultless and followed the subject perfectly keeping their eyes constantly in focus.

It could also recognize when the subject was wearing sunglasses, switching between face tracking and back to eye tracking when their eyes weren’t covered. Even when the subject turned their face away from the camera, it recognized straight away when they had turned back to face the camera again and followed them effortlessly around the frame. We also tested this camera on a couple of camera-shy black cats, and where many cameras wouldn’t even recognize that there’s a face in the frame, it tracked their eyes flawlessly. The real-time animal eye tracking on this camera is a huge advantage, as let’s be honest, animals are a lot less cooperative than humans are.

When it comes to battery life, we think the A7R IV faired very well. It uses the same FP-Z100 battery as the Mark III, and Sony claim that it can achieve 670 shots with the rear screen and 530 shots using the viewfinder (but this usually varies depending on your shooting style). However when we tested this camera in the real world, it performed very very well. Over the duration of a 2 hour shoot, we took over 2000 shots and by the end of the shoot the battery was only down to 65%, having started on a full charge.

In total there are 11 customizable buttons on the A7R IV. There are up to 100 different assignable options for these buttons, split up into up to 27 categories. You can also save your custom settings to an SD card, and you can set up a custom ‘my menu’ tab consisting of your most used settings, so you’d be better off setting this up as you like and largely be able to stay out of the confusing menu system – a common gripe for many Sony users.

Although the 7.5cm LCD screen on this camera is very impressive in terms of quality, the screen’s one downside is that it’s not fully articulating. This makes shooting from lower angles more difficult, particularly if you’re shooting in portrait orientation, and means it’s not the best camera to choose if you’re more of a vlogger or videographer. The screen is touch responsive, but the only thing you can really do with it is adjust focus.

The A7R IV also does very well in low light, making it a great option for astrophotography. You can use shots straight out of the camera at speeds of up to ISO 6400 (you’ll start to see noise beyond that, though). The results are so good from just one shot that this camera would suit astrophotographers of any skill level.

Should I buy the Sony A7R IV mirrorless camera?

As this camera is still holding its own two years on from its release, we’d definitely recommend this camera if you are a professional photographer and have the budget for it. Although the competition has really stepped up since this camera was released, it’s still one of the best cameras you can buy. The only type of photography that wouldn’t be suited to this camera would be for action or sports photography, as it simply wouldn’t be able to operate fast enough with its current buffer speed when shooting at full resolution, instead requiring photographers to drop down for faster shooting speeds.

If this product isn’t for you

If the Sony A7R IV doesn’t seem like the right fit for you, there are many other options available that may be better suited. Unless you’re shooting content for billboards or creating very large prints, it’s unlikely you’ll actually need to shoot 61MP, so here are a few other options to consider.

If you want to stick to Sony, the Sony A7 IV has many of the same features as the A7R IV, just with a lower resolution and a lower price tag. Even the model before that, the Sony A7 III, is still a cult favorite among many photographers. So unless you absolutely needed over 50MP then either of these two options would be a great purchase. For Canon users, the Canon EOS R5 (opens in new tab) actually beats the A7R IV in a few areas, including better IBIS, hardware, and slightly faster frame rates. The Canon R5 is also more ideally suited for those who shoot more video as well as photography. For Nikon shooters, the Nikon Z7 II (opens in new tab) would be the camera that most closely rivals the Sony A7R IV.