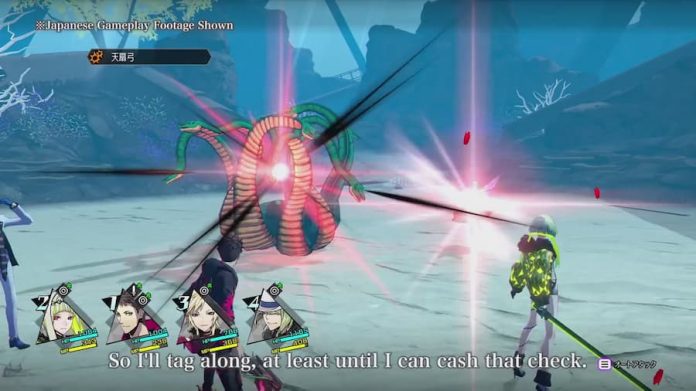 In Soul Hackers 2, the world is about to come to an end and only your demon-summoning skills can save it.

That may seem like a hugely questionable strategy, but summoning “allied” demons is one of the key elements of this newly announced turn-based RPG. Despite the name, it’s the fifth in the Devil Summoner series, which is itself part of the Megami Tensei series.

Soul Hackers 2 will cast you as Ringo (insert your own Thomas the Tank Engine joke here) who, with her team, have to hunt down The Great One, to stop them bringing about the apocalypse. Will they succeed? Probably. Will there be some some gloriously dramatic moments, with hero and villain yelling at each other? Absolutely.

Developer Atlus has released a trailer which, aside from the aforementioned verbal jousting, features a glimpse of the battle system. You’ll have the freedom to roam the game’s semi-futuristic world, popping into shops when you need a boost, but combat is strictly turn-based.

The original Soul Hackers launched 25 years ago on the Sega Saturn, and while we’d pay good money for a Sega Saturn Mini, that’s not the platform this sequel will grace. Instead, Soul Hackers 2, published by Sega, will be released for PlayStation 5, Xbox Series X|S,  PlayStation 4, Xbox One and PC this August 26th.

If you’re a fan of either series, or if you’re craving some anime-style turn-based combat, Soul Hackers 2 could be right up your street. Just don’t be surprised when summoning literal demons goes badly wrong and/or one of your allies betrays you.