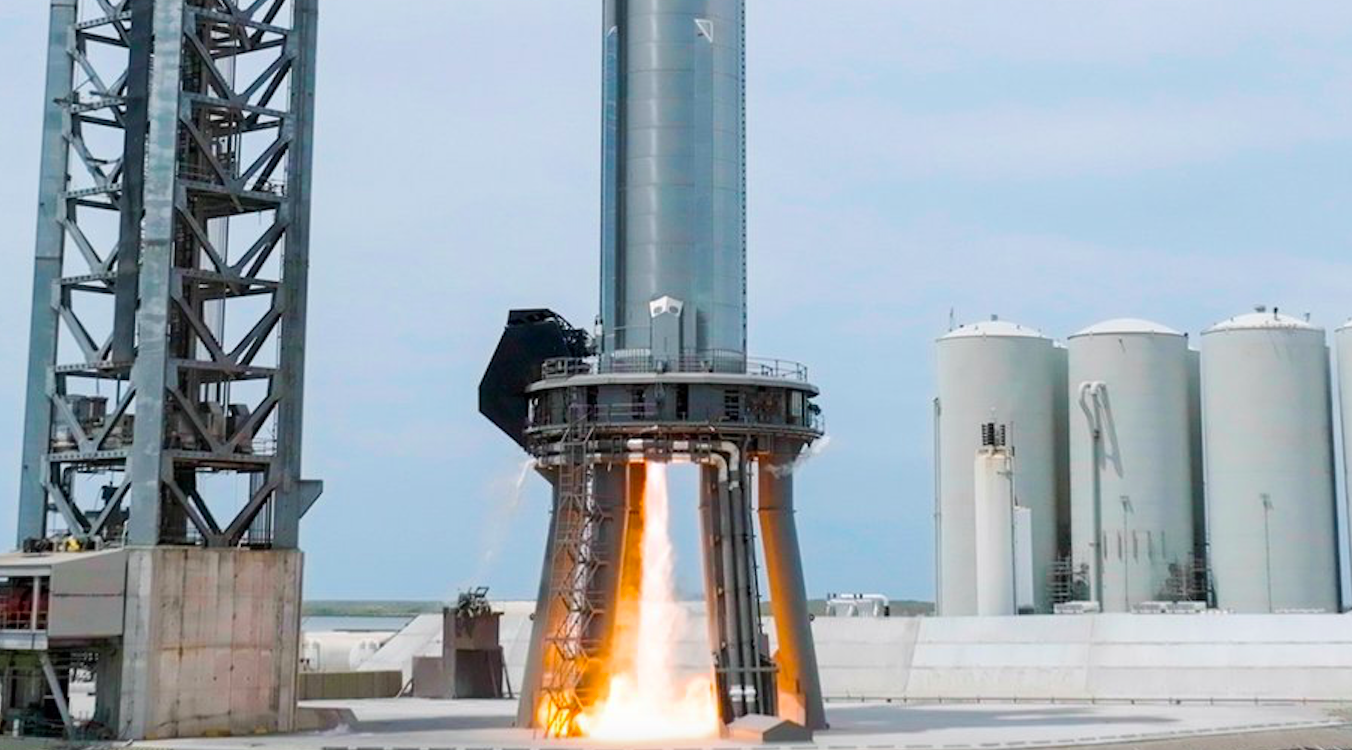 SpaceX has really started putting its Starship flight hardware through its paces.

Elon Musk’s company is gearing up for the first-ever orbital flight test of Starship, a reusable vehicle consisting of a huge booster called Super Heavy and an upper-stage spacecraft known as Starship.

SpaceX aims to conduct that debut orbital leap from Starbase, its South Texas facility, between Sept. 1 and March 1 using the Booster 7 Super Heavy prototype and the Ship 24 Starship vehicle. Both Booster 7 and Ship 24 breathed fire Tuesday (Aug. 9) in “static fire” tests, briefly lighting up their Raptor engines while remaining anchored to the ground.

The action ramped up on Thursday (Aug. 11) for Booster 7, which conducted a much longer static fire on Starbase’s orbital launch mount. The burn, which occurred at 3:48 p.m. EDT (1948 GMT), lasted for 20 seconds, SpaceX said via Twitter (opens in new tab).

The long-duration burn aimed to “test autogenous pressurization,” according to a tweet posted by Musk (opens in new tab) shortly before Booster 7 fired up.

On both Tuesday and Thursday, Booster 7 ignited just one of its 33 Raptor engines — a different one on each day, according to NASASpaceflight.com, which livestreamed both tests. Ship 24, by contrast, engaged two of its six Raptors during its static fire on Tuesday.

Presumably, SpaceX will fire up more and more of the vehicles’ engines simultaneously as the test campaign proceeds.

SpaceX sees Starship as potentially revolutionary, an advance that could help humanity establish lasting footholds on the moon and Mars. NASA sees promise in the vehicle as well, choosing Starship as the first crewed lander for its Artemis program of lunar exploration.

The coming orbital test flight is a critical step along that path. If all goes according to plan on that mission, Booster 7 will splash down in the Gulf of Mexico shortly after liftoff, and Ship 24 will circle Earth once and then come down in the Pacific Ocean near the Hawaiian island of Kauai.

Editor’s note: This story was updated at 6 p.m. ET on Aug. 11 to reflect SpaceX’s statement that the engine burn lasted for 20 seconds (rather than 21 seconds, as initially reported).