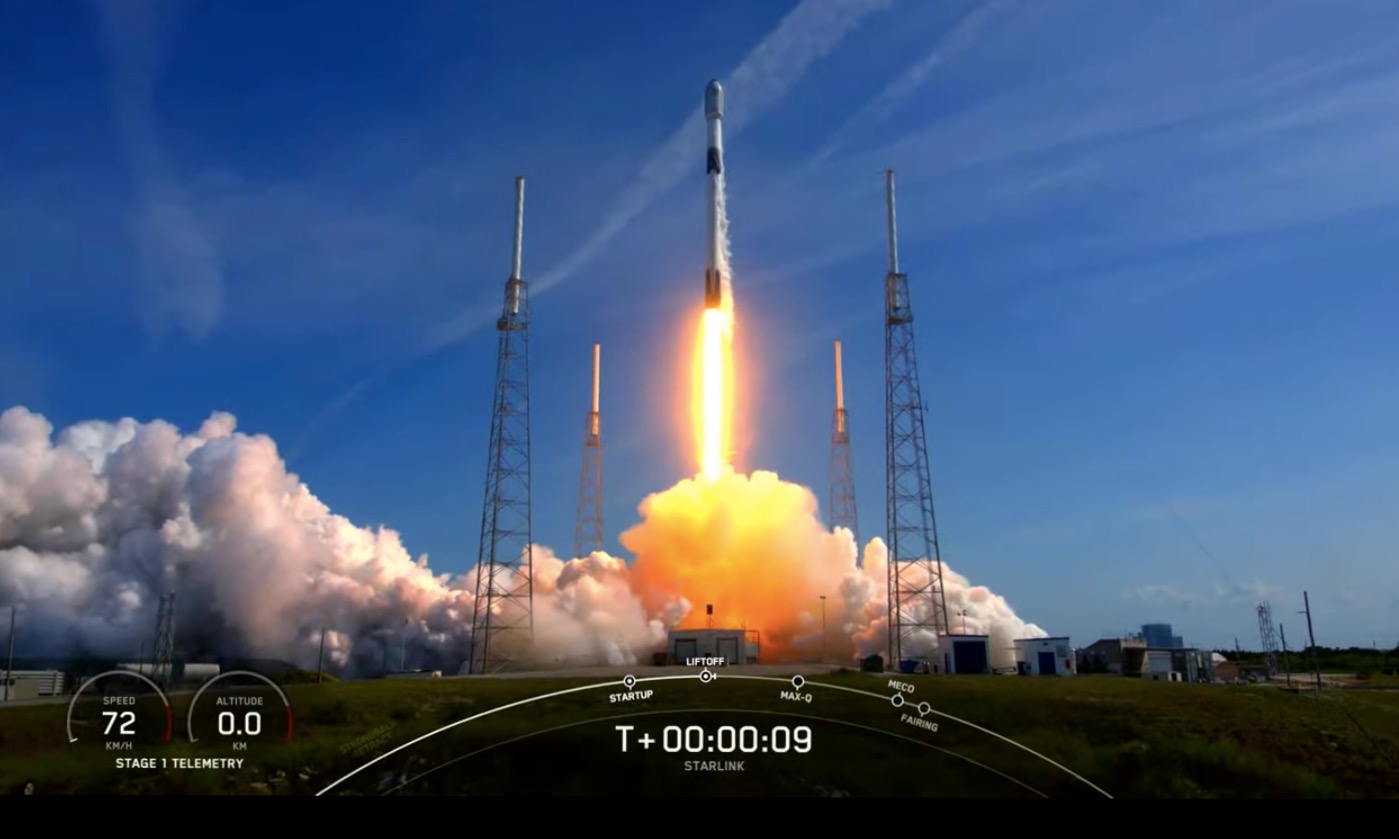 SpaceX launched 53 Starlink satellites and landed the returning rocket on Saturday (May 14), its second such effort in less than 24 hours.

A two-stage Falcon 9 rocket carrying 53 of SpaceX’s Starlink internet satellites lifted off Saturday at 4:40 p.m. EDT (2040 GMT) from Florida’s Cape Canaveral Space Force Station. The rocket’s first stage came back to Earth and landed at sea on the SpaceX droneship Just Read the Instructions about 8.5 minutes after liftoff.

If all goes according to plan, the 53 satellites will deploy into low Earth orbit about an hour after launch.

The first stage of a SpaceX Falcon 9 rocket comes down for a landing on the droneship Just Read The Instructions after launching 53 Starlink satellites on May 14, 2022. (Image credit: SpaceX)

Saturday’s launch was the second Starlink mission in as many days for SpaceX. A Falcon 9 launched 53 of the broadband spacecraft yesterday (May 13) from Vandenberg Space Force Base in California and also aced its touchdown on a droneship off Baja California.

Yesterday’s launch and landing were the fifth for that particular Falcon 9 first stage. The rocket flying today was brand-new, with no previous space missions under its belt, SpaceX representatives said during a webcast of today’s launch.

Saturday’s liftoff continued a very busy stretch for SpaceX; the company has now launched 20 orbital flights in 2022, 13 of them dedicated Starlink missions.

SpaceX has already launched more than 2,500 Starlink satellites to date but plans to loft many more. The next-generation version of the broadband megaconstellation could eventually harbor up to 30,000 satellites, according to paperwork that SpaceX has filed.

Editor’s note: This story was updated at 5 p.m. EDT (2100 GMT) with news of the successful launch and rocket landing.