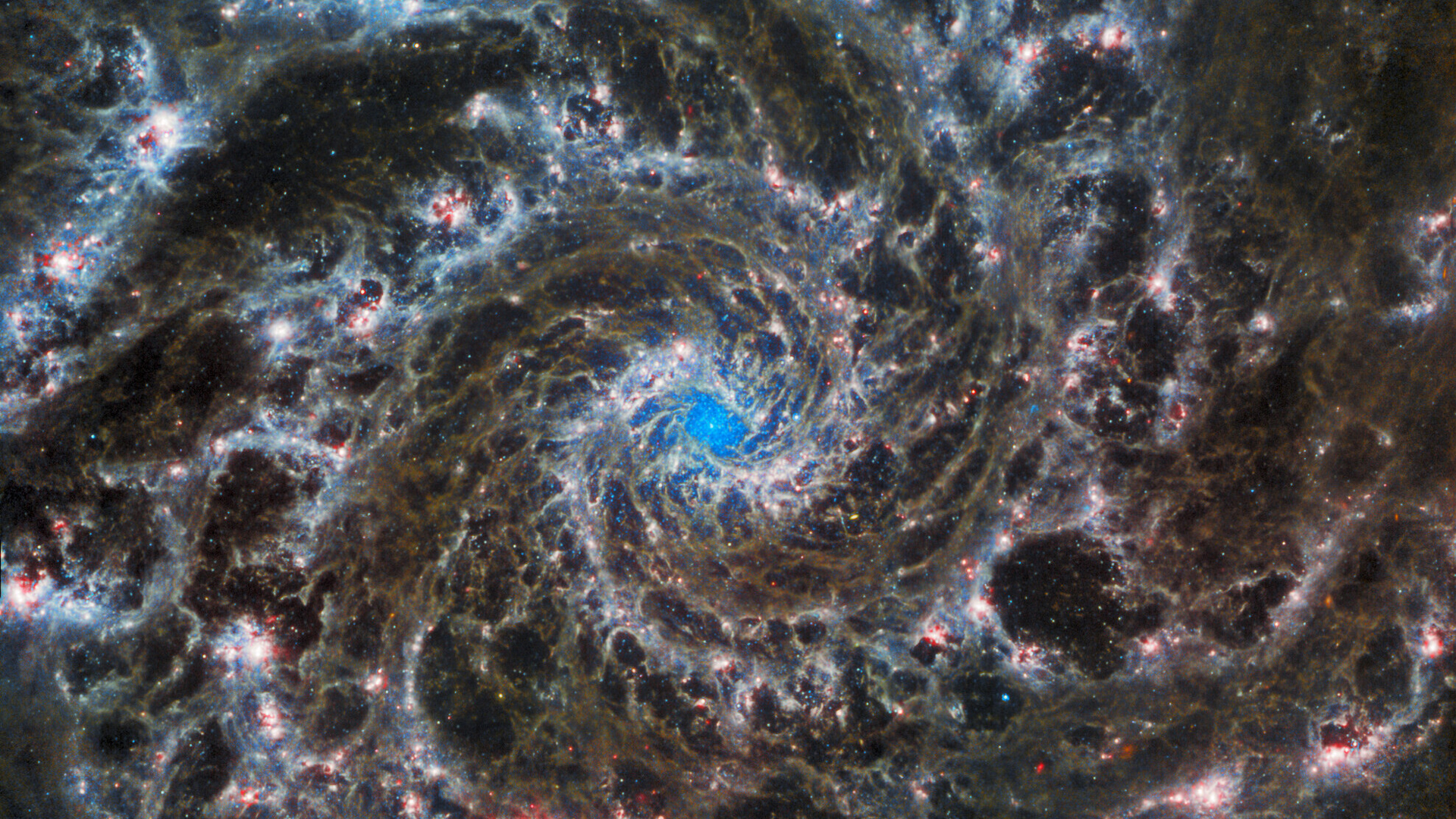 A sequence of videos compares the views of the spectacular Phantom Galaxy, also known as M74, captured by the James Webb Space Telescope and its predecessor Hubble.

While the 32-year-old Hubble Space Telescope captures the universe mostly in the visible light spectrum, revealing the distribution of stars in the galaxy, Webb focuses on the infrared spectrum, spotting heat-emitting gas and dust that accumulates in the galaxy’s spiral arms.

M74, some 32 million light-years away from Earth and located in the constellation Pisces, is known for its well-defined spiral shape with prominent arms emanating from its center. When combined, observations by the two great space telescopes provide a comprehensive view of the galaxy including regions in which stars form that can be seen as reddish bubbles scattered across the spiral arms. These so-called H II regions are clouds of hydrogen gas that glow in the ultraviolet light with hot young stars embedded in them.

Webb’s view also reveals  the dense cluster of stars at the heart of this galaxy, seen in blue colors. Webb’s observations were conducted using the telescope’s Mid-InfraRed Instrument (MIRI) as part of a campaign charting 19 star-forming galaxies in this region of the universe. The project is part of an international collaboration called PHANGS together with observations by Hubble and some ground-based telescopes, according to the European Space Agency (ESA), which released the videos on Tuesday (Aug. 30).

“The addition of crystal-clear Webb observations at longer wavelengths will allow astronomers to pinpoint star-forming regions in the galaxies, accurately measure the masses and ages of star clusters, and gain insights into the nature of the small grains of dust drifting in interstellar space,” ESA said.

ESA is NASA’s partner on the $10 billion James Webb Space Telescope project together with the Canadian Space Agency.