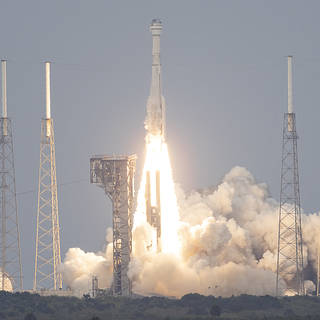 Boeing’s CST-100 Starliner is in orbit, heading for the International Space Station following launch Thursday of the next-generation spacecraft on a United Launch Alliance (ULA) Atlas V rocket on a mission designed to test the end-to-end capabilities of the crew-capable system as part of NASA’s Commercial Crew Program.