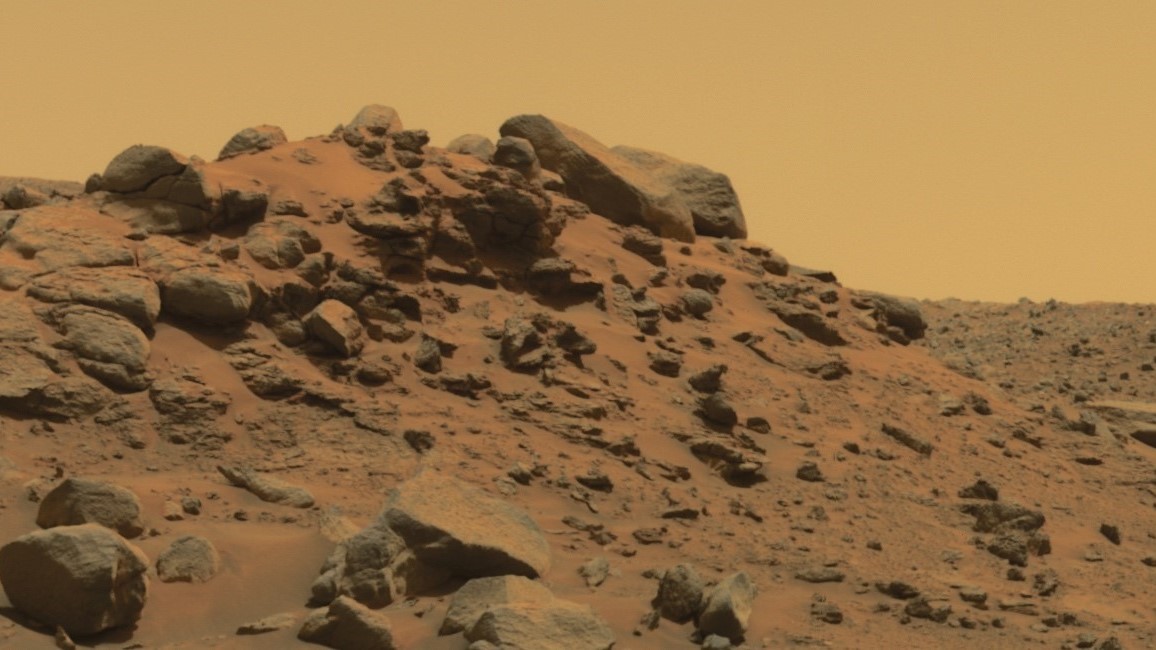 An unusual rock type spotted by two Mars rovers may indicate that the Martian landscape was shaped by extremely violent volcanic eruptions.

The Nili Fossae region of Mars, which includes the Jezero Crater that NASA’s Perseverance rover is currently exploring, is filled with bedrock laden with the volcanic mineral olivine. That same olivine-rich bedrock was also found at the Gusev Crater, where NASA’s Spirit rover roamed until its demise in 2010. But the connection between the regions wasn’t made until now, by a team led by planetary geologist Steve Ruff of Arizona State University. The researchers examined data from multiple Mars rovers to confirm the geologic similarities, which indicates the local rocks might have formed by similar processes. Then the scientists compared Spirit’s images of the Gusev Crater rock with images of Earth rocks.

“That was a eureka moment,” Ruff said in a statement. “I was seeing the same kind of textures in the rocks of Gusev crater as those in a very specific kind of volcanic rock found here on Earth.”

That rock is ignimbrite, which is created from the ash, pumice and pyroclastic flows of powerful volcanic eruptions. “No one had previously suggested ignimbrites as an explanation for olivine-rich bedrock on Mars,” Ruff said. “And it’s possible that this is the kind of rock that the Perseverance rover has been driving around on and sampling for the past year.”

Although researchers have long theorized that volcanism was responsible for producing the Nili Fossae — olivine is, after all, a volcanic mineral — the identification of ignimbrite, if proven accurate, would indicate that the eruptions were more cataclysmic than previously thought.

“Imagine a ground-hugging cloud of hot gasses and nearly molten ash and pumice flowing through the landscape for dozens of miles and piling up in layers up to hundreds of feet thick in just a few days,” Ruff said about eruptions that have produced this type of rock on Earth.

To confirm the presence of ignimbrite on Mars, the scientists say they will have to study the rocks in a terrestrial lab another argument for the planned Mars Sample Return mission to ferry Perseverance’s samples back to Earth.

The results of this study will be published in a paper in the journal Icarus in July.