Stronger gravity in the early universe may solve a cosmological conundrum 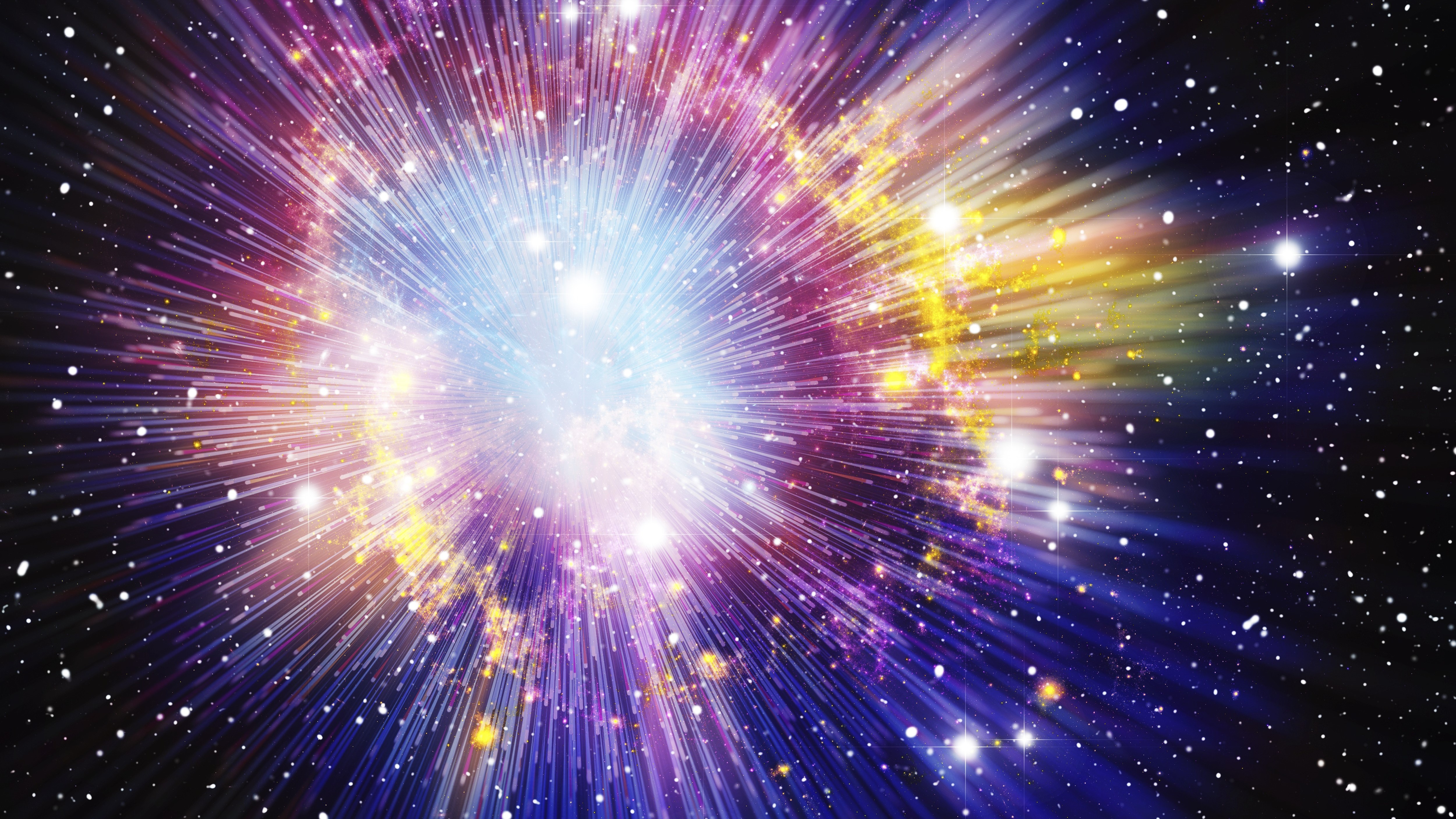 The inflationary epoch that caused our universe to rapidly expand in its earliest moments may be connected to the modern era of dark energy, thanks to a phantom component of the cosmos that changes the strength of gravity as the universe evolves, a physicist proposes in a new paper.

The traditional approach to understanding gravity involves Einstein’s famous theory of general relativity. For such a powerful idea, which can explain everything from the orbit of the moon to the evolution of the entire universe, it’s a pretty simple concept. In general relativity, there is just space-time and the contents inside it. The contents of the cosmos cause space-time to bend and warp, and the bending and warping of space-time dictate how the contents should move.

For example, the presence of a planet distorts space-time around it, causing other objects to follow in orbits, or the distortions caused by a star can deflect the path of passing light.

Related: Was Einstein wrong? The case against space-time theory

Although general relativity is the simplest approach to gravity, it is not the only one. An alternative, known as scalar-tensor theories, goes back to the early 1960s and is the work of physicists Robert Dicke and Carl Brans, so sometimes it gets the name Brans-Dicke theory.

In scalar-tensor theories, in addition to space-time and its contents, there’s a third ingredient, known as a scalar field. The scalar field soaks all of space-time, and its one job is to change the strength of gravity from place to place or from time to time. In vanilla general relativity, the strength of gravity is fixed; it’s just Newton‘s gravitational constant, forever and always. No matter where or when you are in the universe, a given amount of mass and energy will always distort space-time in the exact same way.

But in scalar-tensor theories, that can change. A planet on one side of the universe could have a weaker or stronger impact on space-time around it, depending on the local value of the scalar field. The strength of gravity can also change with time, if the scalar field itself evolves.

Except there’s a little problem: dark energy. According to observations, the expansion of the universe is accelerating, but at a very gentle pace. The only way to account for this in general relativity is to include a cosmological constant, an extra value in the equations that has an incredibly small, but not quite zero, value. That feature of the cosmological constant troubles most physicists because it seems incredibly unnatural. If dark energy had almost any other value, the expansion of the cosmos would have torn apart the cosmos long ago, leaving it unable to support life (including anyone who could observe it), and yet it’s not perfectly zero, either.

“Adding extra values to the equations” sure does look a lot like scalar-tensor theories. So, ever since astronomers discovered dark energy in the late 1990s, physicists have been working to see if there’s a potential way for that long-discarded model of gravity to explain the accelerated expansion more naturally.

Curiously, the present era is not the only time the expansion of the universe has gone into overdrive. Cosmologists think that very early in the Big Bang, the universe experienced a period of extremely rapid expansion known as inflation. You might wonder if there’s a connection between the early period of inflation and the modern period of dark energy, and you’re not the only one.

Now, Motohiko Yoshimura, a physicist at the Research Institute for Interdisciplinary Science at Okayama University in Japan, has proposed that scalar-tensor theories provide a direct link between inflation and dark energy.

In this model, described in a paper published in the preprint database arXiv, the scalar field part of the scalar-tensor theory (the “tensor” refers to space-time itself) is a lot stronger in the early universe, thereby triggering the epoch of inflation. At the end of inflation, the scalar field weakens and releases its energy in the form of all the particles of the Standard Model (like quarks and electrons).

Crucially, the scalar field never goes away. It maintains some background presence as the universe continues to evolve, forming stars and galaxies in the meantime. Then, after cosmic expansion dilutes all the matter to a low enough level, the scalar field kicks in again — but at a much weaker level — giving rise to the current era of dark energy.

But while it’s an intriguing story, astronomers still need to test the hypothesis. Thankfully, this model produces a lot of potentially observable relics of the early universe. For example, in this scenario, gravity can be so strong in places that black holes spontaneously form and survive to the present day. Finding evidence of these primordial black holes would help bolster the idea.

Another approach is to search for gravitational waves from the early universe that are left behind when inflation is done. Astronomers can look for these gravitational waves either directly, by trying to detect them in the faint background hum of the universe, or through their influence on this so-called cosmic microwave background.

Physicists know that dark energy and inflation represent the current boundaries of our knowledge, and only radical suggestions like this — and the experiments to go along with them — will help us push past that edge.