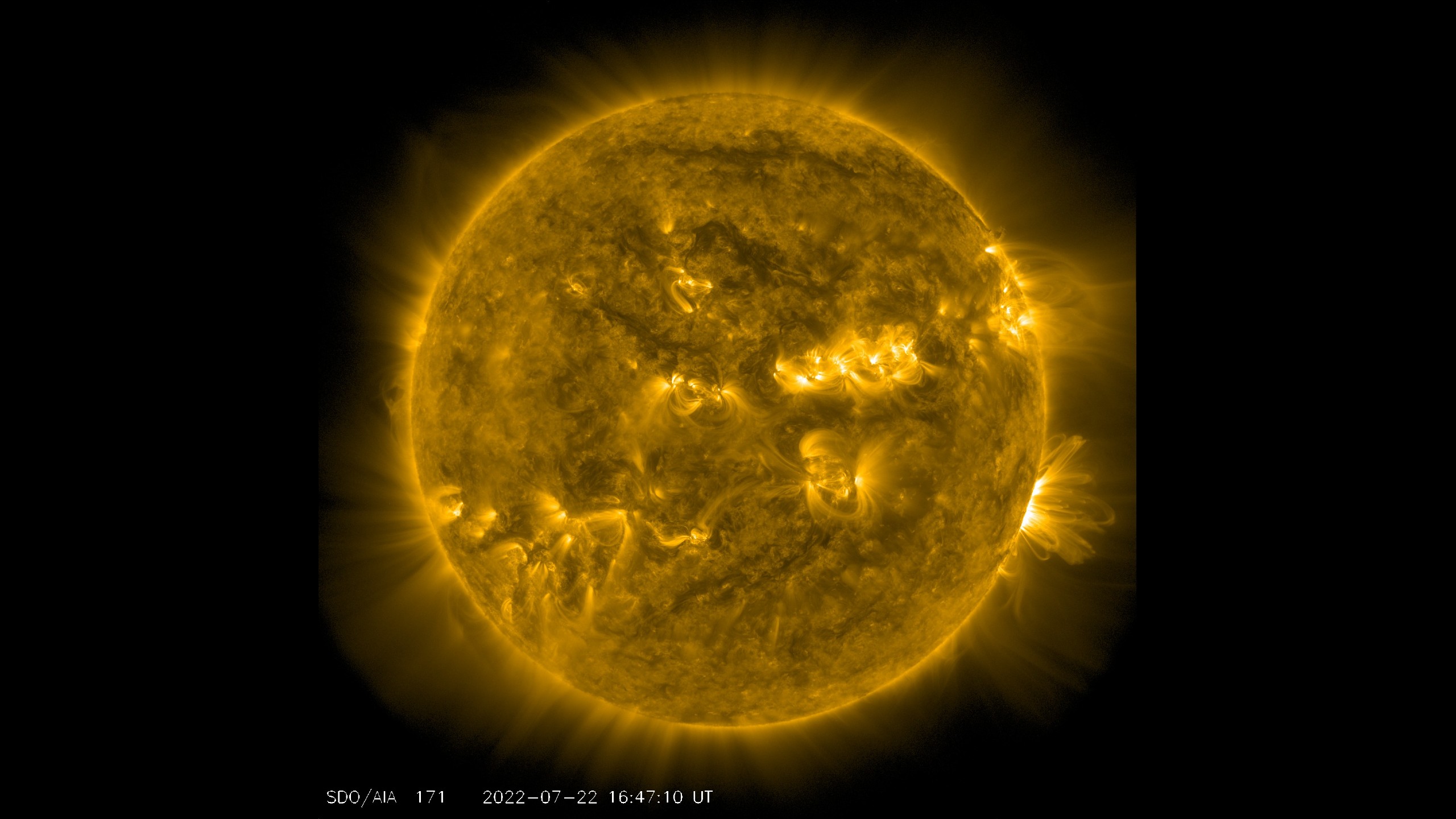 Intense geomagnetic storms are possible in the coming days as Earth’s magnetic field is bombarded by a solar storm cloud.

Forecasters expect the worst of the solar storm to hit sometime around Friday (July 22) at 8 p.m. EDT (July 23 at 0000 GMT) and into the early morning hours on Saturday (July 23). During this time, a full-halo coronal mass ejection, or CME, will reach Earth’s magnetic field. Forecasts note that auroras may be visible much farther from the poles than their usual latitudes.

The CME that is causing this space weather was observed on Thursday (July 21), according to a statement (opens in new tab) from the Space Weather Prediction Center of the National Oceanic and Atmospheric Administration (NOAA). CMEs are bursts of charged particles that are ejected from the sun’s atmosphere, or corona. When these particles interact with Earth’s magnetic field, they can create breathtaking auroras, but they can also wreak minor havoc on electrical grids or disrupt spacecraft operations and satellite-based communications.

Spaceweather.com reports (opens in new tab) that the oncoming space weather storms were caused by an explosion in the sunspot AR3060, which produced a solar flare. Images produced by the Solar Ultraviolet Imager  aboard NOAA’s GOES-16 weather satellite show a large flare emanating from just above the sun‘s equator.

An animation of a large solar flare erupting from the surface of the sun produced by NOAA’s Solar Ultraviolet Imager aboard the GOES-16 satellite. (Image credit: NOAA)

In North America, the storm could bring auroras as far south as Illinois or Oregon, while in the United Kingdom they might be visible from the north of Scotland. In addition, radio propagation could be affected at high latitudes, including as far south as New York and Idaho in the United States and northern areas of the United Kingdom. Some migratory animals could even be affected, due to the fact that some animals use the Earth’s magnetic field for navigation.

According to a NOAA forecast (opens in new tab), the storm will approach the G1 (Minor) and G2 (Moderate) levels.

This means the solar storm could affect electrical infrastructure at high latitudes, and possibly even cause transformer damage if long durations of high intensity storming occur. Spacecraft in orbit may also experience changes in drag and could require ground controllers to perform changes in orientation.

The current storm comes as the sun’s activity continues to increase as part of a regular, 11-year solar cycle. After a few years of a quiet sun, flares and CMEs are becoming more frequent in advance of this solar cycle’s peak, which is predicted to occur in 2025.