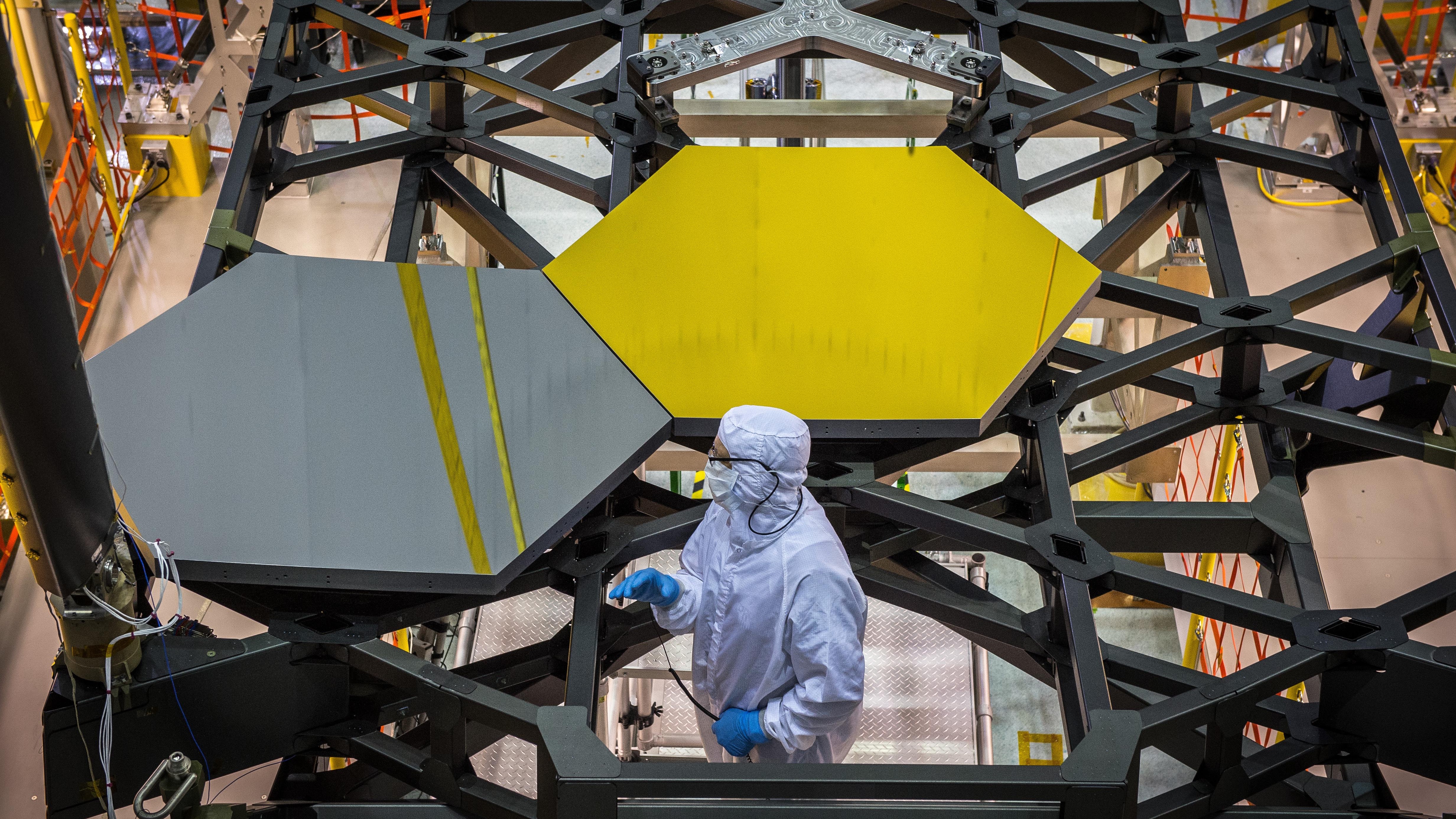 In 1989, a group of engineers first started working to design a space telescope that would change the way we see our universe. There was only one problem: much of the technology they would need didn’t exist.

Those engineers and others went on to invent 10 brand new technologies in order to build what is now the James Webb Space Telescope (JWST or Webb), an observatory designed to do things that once seemed impossible. Engineers at contractors like Northrop Grumman, the main private company that worked on Webb with NASA, were the ones to develop, test and build the telescope. Here’s some of the groundbreaking engineering they developed to make Webb work.

Webb is an infrared telescope, and since infrared radiation is shed as heat, the telescope’s instruments had to be kept close to absolute zero, the coldest temperature possible in the universe. It was under these conditions that engineers had to test their designs for the observatory.

“If it has to operate in space at cryogenic temperatures, guess what? You got to show it meets its requirements [in] that environment,” Charlie Atkinson, chief engineer at Northrop Grumman for JWST, told Space.com.

Engineers needed to make much of Webb’s mirrors out of a material that wouldn’t break in the extreme cold but was also super-light, since the telescope’s mirror would be nearly 10 times bigger than the Hubble Space Telescope‘s mirror but also needed to be much lighter or the observatory would be too heavy to launch.

The engineers settled on beryllium — a rare, super-light metal — coated with an extremely thin layer of gold. But that choice meant that engineers had to come up with an entirely new way to make a very fine powder of pure beryllium metal called O-30-H so that it would be as stable as possible in cryogenic temperatures.

Then into the cold the mirrors went. Although the mirrors didn’t break, they did deform slightly, Atkinson said. Here, the team faced two key challenges. First, the engineers had to make sure the mirror deformed the same way every time they got it extremely cold. Then they had to compensate for the effect by creating exactly inverse deformations at room temperature.

“They actually looked bad at room temperature so that they would be perfect at cryogenic temperature,” Atkinson said.

In order to keep the telescope so cold, engineers needed to block out any trace of sunlight, a challenge they tackled by building a giant sunshield the size of a tennis court.

“I think one of the biggest challenges we had was the sunshield,” Atkinson said.

The sunshield has five layers made of a film called Kapton, each coated in aluminum. The two layers closest to the sun also have a silicon coating on the side facing the sun to reflect as much light and heat back into space as possible, so the engineers were working with complex materials.

Next, the team had to make sure each layer of the shield was in exactly the right position. The layers aren’t parallel to each other — they’re angled precisely to make sure any heat made by the spacecraft part of the observatory never makes it to the telescope and can “bounce its way out.”

“If they were angled [another] way… the heat would be trapped,” Atkinson said.

Even the less glamorous parts of the observatory were puzzles to solve. The greatest challenge that the engineers faced might have been designing the structure that the telescope’s mirrors rest on, Atkinson said.

This structure, also called the backplane, is crucial because it has to hold the 18 primary mirror segments in position relative to one another. If the support structure didn’t do that well, the image quality would be ruined. For Webb, there was hardly any room for error — the goal was to hold each mirror segment in place with errors no larger than tens of nanometers, which are billionths of a meter. Previous technologies had only gotten that margin down to tens of micrometers — 1,000 times less than Webb’s goal.

It was a big ask, to say the least.

Like the rest of the telescope, engineers had to test the backplane in cryogenic temperatures. But where engineers knew from the start how to test the mirrors, the support system was trickier. In order to reach the precision needed for Webb, engineers had to meld two technologies in a whole new way. The result, called speckle pattern interferometry, uses lasers and video technology to measure how much the rough structure deformed in the cold.

“[We] had to create a technology to validate another technology,” Atkinson said. “That was probably what I thought was one of the biggest challenges.”

It took decades here on Earth to engineer the materials used to make Webb, but they’re now all in space, and so far, working exactly as they should. The work of engineers at Northrop Grumman and other companies that helped build Webb is finally done, and Atkinson could not be more thrilled to see what comes next.

“It’s incredibly amazing that we are on the verge of handing [JWST] over to the scientists,” he said at a press briefing in June. “We’ve got this tool that they can now use to uncover things that, you know, we don’t even know how to ask the question of right now.”

« Ex-Twitter employee convicted of spying for Saudi Arabia » Decentralizing the Internet: How Wayru is Bringing People Together with Blockchain