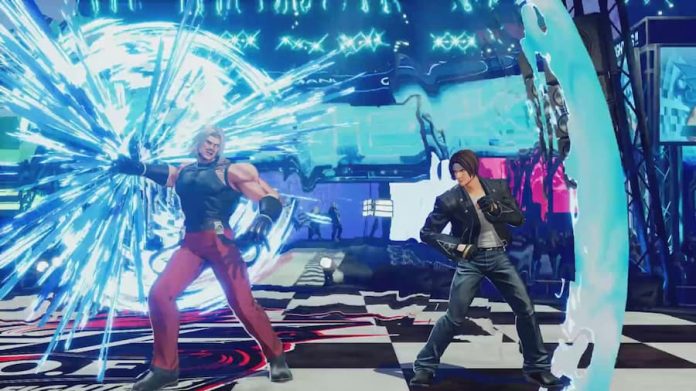 Because, after getting our bottoms kicked by Akuma, SSF2T’s hidden fighter, we were really looking forward to playing as him using the secret code. Who wouldn’t want to hurl two fireballs within seconds of each other, wiping the floor with the other cpu-controlled foes.

Unfortunately, we didn’t get our wish. We discovered that the Akuma we were allowed to play was a powered-down version of Shin Akuma, the character we’d fought against. No double fireballs for us. Yes, we were bitter and yes, we still are. But King of Fighters XV’s latest free DLC neatly sidesteps any of that nerfing and, instead, gives us Omega Rugal, who’s as powerful as he ever was.

Like Akuma, Rugal used to come in two flavours; regular Rugal, who you could play as and the insanely powerful Omega or God Rugal who you’d fight against in secret matches,. or as a boss character, as seen in a few KOF games. Typically, you could only play as Omega Rugal through hacks but SNK have just handed him over, for free.

There’s also a Boss Rush Mode which lets you fight against a CPU-controlled Omega Rugal and more. Normally, we’d give SNK a pat on the back for releasing Omega Rugal for free but, as reported by The Verge, the company has undergone a questionable change in ownership.

Omega Rugal is available right now, meaning that the game will receive a total of thirteen (mostly paid) DLC characters. You can check out our King of Fighters XV review here.