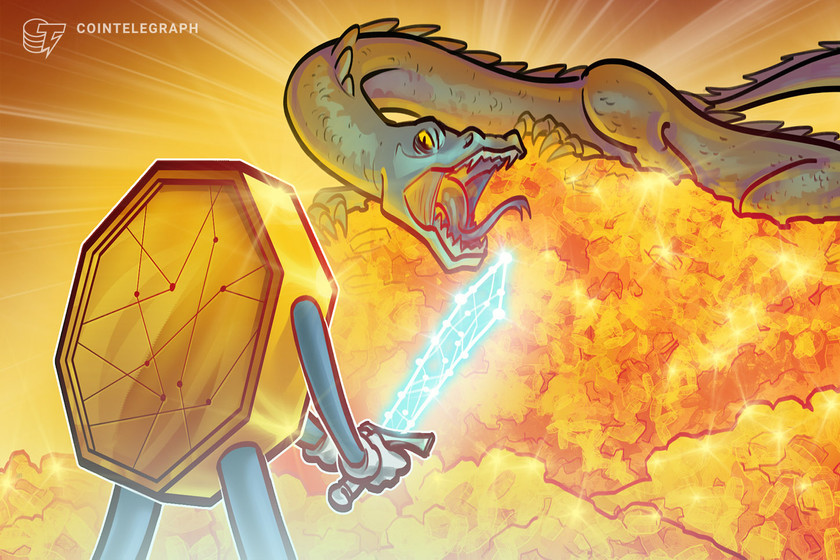 DeFi can usher in a system where people don’t have to pay international corporations 10% to send money home in the internet era of Web3.

Where I grew up, on the southern border in Texas, a tremendous number of people have come to the United States to work and send money back home. They don’t make much money, but they pay considerable fees on their transfers. Their focus is not on getting rich, but on supporting those back home in their native country. They support their families as they do hard labor day in and day out. It costs them too much to do so.

Truth be told, my father was a migrant worker. He picked fruit in the fields. We sent money back to our family in Mexico. But the remittance providers chipped away at what little money he was able to make so that they had no hope of achieving the American Dream and prospering.

The world needs DeFi due to corruption. Big governments and international corporations are controlled not in the interest of the people, but the interest of their bottom line. Credit cards and personal loans have tremendous fees, as do remittances.

When migrants send home part of their earnings in the form of remittances, they represent a large source of foreign income for many developing economies. Remittances, which are particularly important for low-income countries, account for nearly 4%t of their GDP, compared with approximately 1.5% of the GDP for middle-income countries. Remittance flows are important because they are more stable than capital flows, and they tend to be countercyclical, meaning remittances increase during economic downturns or after a natural disaster when private capital flows fall.

DeFi lowers the fees migrant workers pay to send money home, saving them billions of dollars. Some remittances entail fees of more than 20%. Out of desperation, people pay these fees to send a considerable source of their income to households across Africa, Asia and Latin America, helping to lift families out of poverty by providing financial stability.

Hundreds of billions of dollars are sent home every year. That’s far more than official development aid. Most remittances go to low and middle-income countries. In Kyrgyzstan, Nepal and Liberia, remittance comprises more than a quarter of national GDP, it said. The average costs are 7%, according to UNESCO’s 2019 Global Education Monitoring Report. What’s more, traditional banks cost remitters the most. Their average fees are 10%! Big banks have monopolies on remittances and they take advantage thereof. To serve the underserved, the world needs not banks, policymakers or NGOs, but DeFi.

The highway robbery of remittances

When I began to look at the decentralized exchanges, I learned no one could take your money from you, because you maintain possession of your keys. You can borrow, lend, trade on margin and so much more. DeFi coupled with stablecoins is a powerful combination, especially for the unbanked.

Thanks to crypto, not only can migrants send money to loved ones back home for less, but those loved ones back home can now earn passive income in the decentralized finance space. They can utilize reward systems like liquidity pools or staking, and behold the power of truly being their own bank. No need to give your hard-earned money over to a middleman; a bank. You do not need negative interest rates.

Related: Money in 2030: A future where DeFi and CBDCs can work together

DeFi projects are built for the benefit of others. Participants can make a profit benefiting others. Food is being put on people’s tables across the globe because of decentralized finance. That’s a beautiful thing. The sense of community in DeFi comes from giving power back to the people. It drives us all to do better for ourselves. It puts all of us in a better position to do good. When we work on improving ourselves, we have no problem bettering the people around us. Healthy competition propels us all.

DeFi offers a trustless environment in which transactions are managed by smart contracts. Blockchainers are rethinking and redefining finance before our very eyes.

This article does not contain investment advice or recommendations. Every investment and trading move involves risk, and readers should conduct their own research when making a decision.

The views, thoughts and opinions expressed here are the author’s alone and do not necessarily reflect or represent the views and opinions of Cointelegraph.

RTR Crypto is the global project manager for FEGtoken. He worked as an ER nurse for seven years as well as one year in hospice nursing, and also served on the Texas disaster response team. He followed his father’s footsteps and began investing in stocks before becoming involved in crypto. His father lovingly told him he was an idiot. RTR left medical school in his third year to work alongside the FEG team on improving decentralized trading platforms and creating a safer crypto space for new and experienced investors.