This Week In Space podcast: Episode 8 — Humans to Mars, part 2 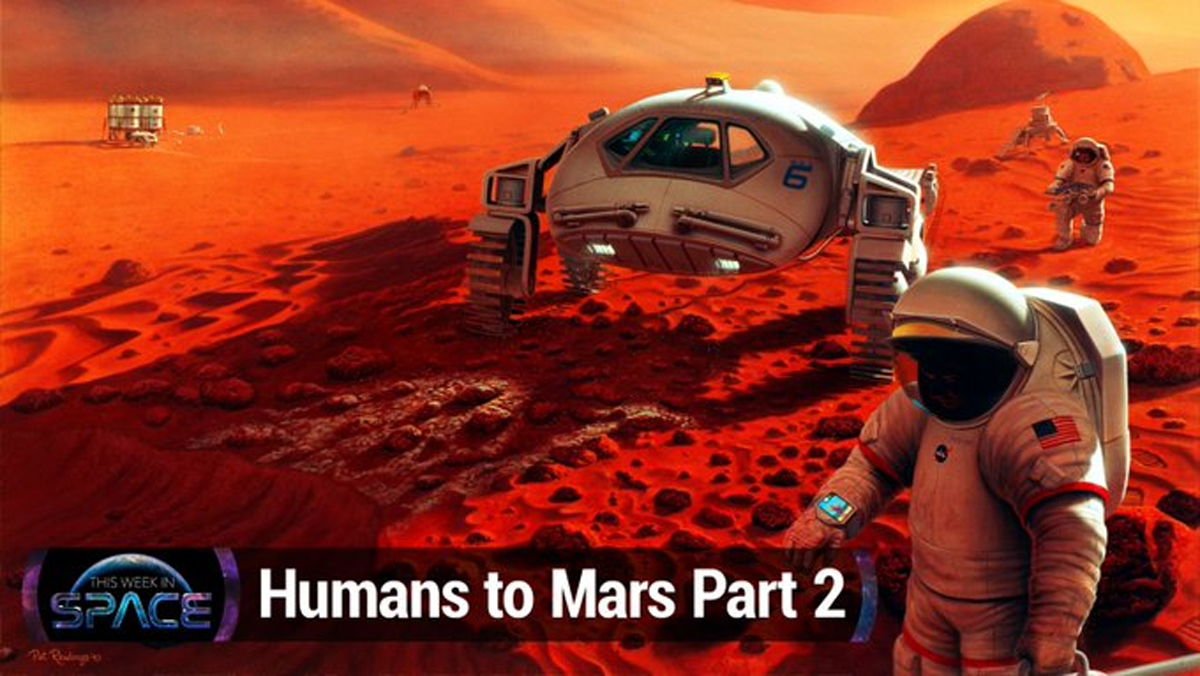 On this episode of This Week in Space, look at NASA’s plans to land humans on the Red Planet from the Apollo era through today, and SpaceX’s parallel initiatives with the Starship mega-rocket.

Which program will be the first to reach Mars, SpaceX or NASA? Elon Musk has lofty goals of reaching Mars in this decade with SpaceX’s Starship rockets, while NASA has a 2040 timeline to get astronauts to Mars.

Also, a comet the size of Rhode Island heading our way, a cry for help to ET.. and a meteor shower is happening.

Get episodes ad-free with Club TWiT at https://twit.tv/clubtwit

This Week in Space covers the new space age. Every Friday we take a deep dive into a fascinating topic. What’s happening with the new race to the moon and other planets? When will SpaceX really send people to Mars?

Join Rod Pyle and Tariq Malik from Space.com as they tackle those questions and more each week on Friday afternoons. You can subscribe today on your favorite podcatcher.

Rod Pyle is an author, journalist, television producer and Editor-in-Chief of Ad Astra magazine. He has written 18 books on space history, exploration, and development, including Space 2.0, Innovation the NASA Way, Interplanetary Robots, Blueprint for a Battlestar, Amazing Stories of the Space Age, First On the Moon, and Destination Mars

In a previous life, Rod produced numerous documentaries and short films for The History Channel, Discovery Communications, and Disney. He also worked in visual effects on Star Trek: Deep Space Nine and the Battlestar Galactica reboot, as well as various sci-fi TV pilots. His most recent TV credit was with the NatGeo documentary on Tom Wolfe’s iconic book The Right Stuff.

Responsible for Space.com’s editorial vision, Tariq Malik has been the Editor-in-Chief of Space.com since 2019 and has covered space news and science for 18 years. He joined the Space.com team in 2001, first as an intern and soon after as a full-time spaceflight reporter covering human spaceflight, exploration, astronomy and the night sky. He became Space.com’s managing editor in 2009. As on-air talent has presented space stories on CNN, Fox News, NPR and others.

Tariq is an Eagle Scout (yes, he earned the Space Exploration merit badge), a Space Camp veteran (4 times as a kid, once as an adult), and has taken the ultimate “vomit comet” ride while reporting on zero-gravity fires. Before joining Space.com, he served as a staff reporter for The Los Angeles Times covering city and education beats. He has journalism degrees from the University of Southern California and New York University.

« Macron or Le Pen: What promise does each presidential candidate hold for crypto? » On This Day In Space: April 23, 1962: Ranger 4 launches on failed moon mission