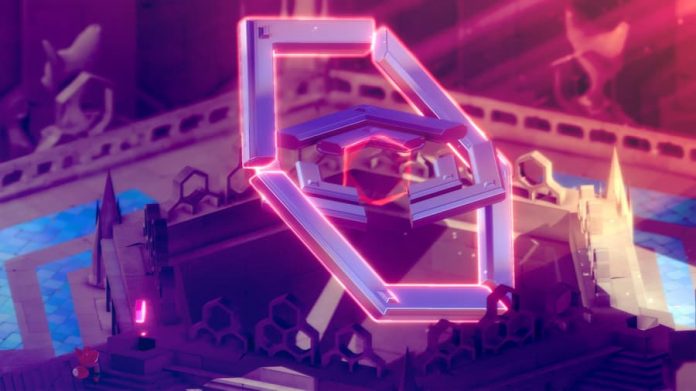 Siege Engine might just be one of Tunic‘s toughest bosses. We’ve put together some tips to help you beat it.

You’ll need to defeat Siege Engine in Tunic in order to get the red gemstone, one of three needed to progress through the game. But taking down Siege Engine, a huge bug-like robot with fire-powered attacks, is no easy feat. At least when you’re not prepared.

To damage Siege Engine, you need to attack its ‘face’ – or, at least, what its face would be if you imagine the mech to be a giant bug. When Siege Engine is about to attack you, its face will raise upwards. Wait for it to be down, between its two front legs, before going in for the kill. Don’t push your luck though: take one or two hits before dashing away. Siege Engine doesn’t wait long before unleashing another attack.

There are several attacks that Siege Engine does: a swipe attack, a beam, a Gatling gun, bombs, and releasing drone-like fairies. Some of these are more tricky to avoid than others, but for all of them, you need to be ready to dodge.

When it comes to Siege Engine’s swipe attack, keep a distance. The boss will lunge forward but its reach on this one is rather short, so it’s perhaps the easiest to avoid. The same goes for its gun attack. For this, keep running and dodging to the side until it stops firing. It’s easy enough to keep ahead of it.

The bomb attack does hone in on you, but they’re fairly easy to avoid as you can see exactly where they’re going to land. Just keep moving away from them, dodging and springing as necessary.

When it comes to the fairies – the drone-like hexagons that will shoot at you – you’re going to have to tackle them directly. If you have your lasso-type weapon, use it to bring them closer to you before attacking. Draw them away from Siege Engine to give you space to clear them before working on the big boss again.

Perhaps the hardest of Siege Engine’s attacks to dodge is its beam. You’ll need to time a dodge roll at the right moment to avoid taking damage; if you can see a cloud of dust when you roll, that’s the moment you’re invulnerable to damage. So time it carefully.

Look out for the boss’ telltale signs that he’s going to attack, and dodge appropriately. Wait for your moment to strike, going in to hit its head while its low. Remember to also make use of other items in your inventory, like magical attack items and bombs – they could really help take a chunk of its HP bar. Take your time, be patient, and keep your wits about you. You’ll beat Siege Engine before you know it.

« Tunic Tips for Beginners: How To Stay Alive In This Cute But Difficult Soulslike » Bitcoin bulls to defend $40K leading into Friday’s $760M options expiry