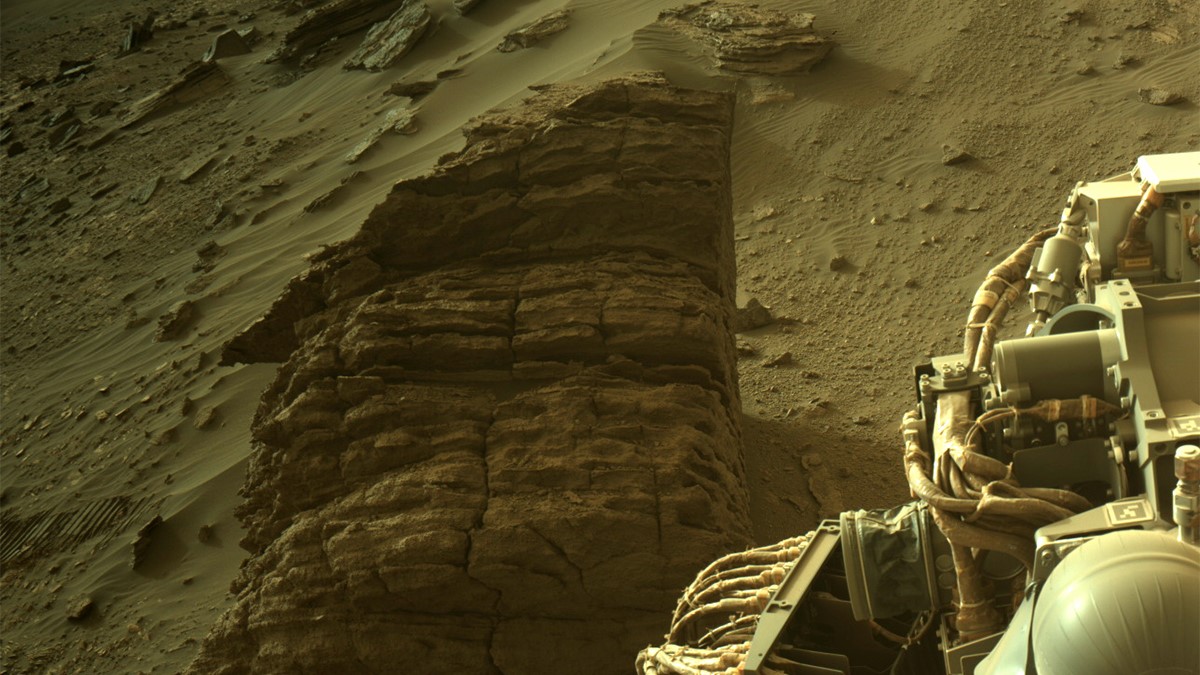 NASA’s Perseverance rover is on the hunt for the “goldilocks” of rocks to sample on Mars.

One of the key goals of Perseverance’s mission is to collect rock samples that will be returned to Earth in a future mission and studied for possible signs of ancient life — but finding the right rock is not always easy.

The rover is currently exploring a well-preserved delta located on the western side of Jezero crater on Mars. Scientists believe that, if life ever existed on the Red Planet, this area could harbor ancient biomarkers, or “molecular fossils,” of organic molecules created by living organisms billions of years ago, according to a statement from NASA.

Perseverance is busy examining rocks in search of these key biomarkers. The most promising rocks will be cached for a future sample-return mission to carry them to Earth in 2033, allowing scientists to apply the most powerful lab technology to study the molecular structure in greater detail and determine whether the organic molecules have biological origins.

The life-hunting rover is equipped with a suite of onboard instruments to understand mineralogy and elemental distributions, as well as to detect whether organic molecules are present. At the most promising rocks, Perseverance then attempts to drill a core sample to put in one of its collection tubes.

However, choosing a rock that is just right to sample can be challenging for the robotic explorer. Sometimes, the coring process alone can cause the fragile rock samples to fracture, crack or even crumble.

“The rocks here at the ancient river delta are amazing, but so far none has been perfect for #SamplingMars. Some too fragile, some too jagged, but I’m sure I’ll find the right one soon — I’m not called Perseverance for nothing,” NASA wrote on its Perseverance Mars Rover Twitter page.

The rocks here at the ancient river delta are amazing, but so far none has been perfect for #SamplingMars. Some too fragile, some too jagged, but I’m sure I’ll find the right one soon – I’m not called Perseverance for nothing.Latest team blog: https://t.co/15z23wAfy5 pic.twitter.com/zvxueaAPfJJune 29, 2022

When assessing which areas to sample, Perseverance also has to account for the shape and angle of rocks, which can make drilling difficult or even impossible for the rover.

Perseverance ran into this issue when attempting to sample what scientists nicknamed “Betty’s Rock” — a layered rock located near the bottom of the delta and composed of alternating coarse-grained and fine-grained materials. Unfortunately, the rover was unable to safely maneuver the jagged layers and awkward shape of this rock.

Instead, Perseverance found an alternative sampling subject called Skinner Ridge Rock, which is a low-lying rock that looks very similar to Betty’s Rock, but appears more manageable for coring. Skinner Ridge Rock is now the rover’s next target after a dry spell for sampling.

“We plan to bump the rover over to this target, study its composition, and hopefully collect a sample,” according to the NASA statement. “This process will take several sols (days on Mars) to complete, but we all have our fingers crossed for success.”