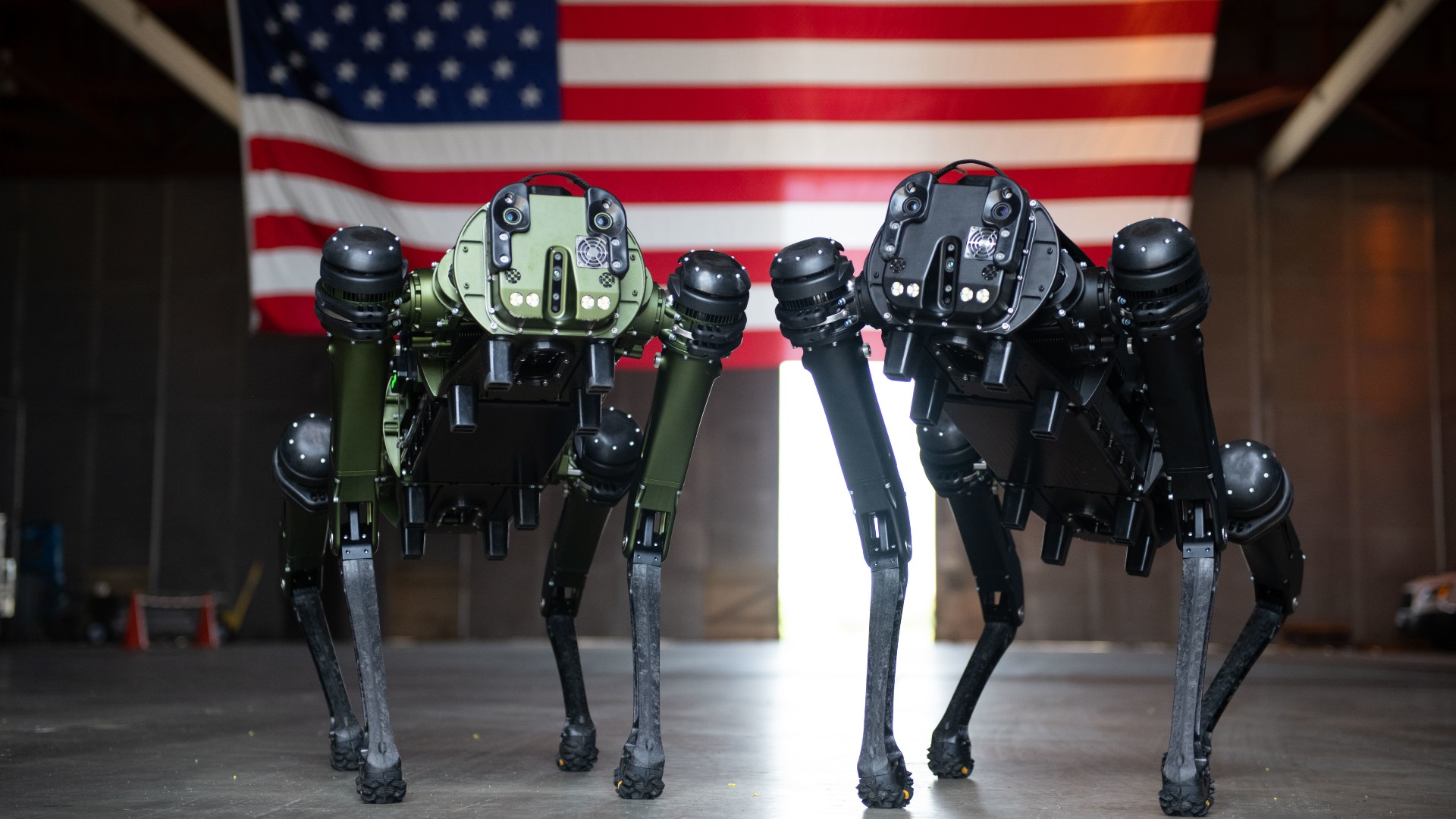 According to a statement (opens in new tab) from the Department of Defense, Space Launch Delta 45 will use the robot dogs for “damage assessments and patrol to save significant man hours.” The unit is responsible for all space launch operations from Kennedy Space Center and Cape Canaveral.

Images from the demonstration show personnel operating the robots with a hand controller inside a hangar. The Ghost Robotics Vision 60 Q-UGVs can be equipped with a wide variety of optical and acoustic sensors, enabling them to serve as automated “eyes and ears” around sensitive installations such as a Space Force base. The robots can be operated either autonomously or by a human controller and can even respond to voice commands.

The dog-like robots can also serve as miniaturized communications nodes, carrying antennas to quickly extend networks beyond existing infrastructure or in locations where no such infrastructure exists.

The robots have been previously tested by the U.S. Air Force for perimeter defense tasks and as part of a large test of the service’s Advanced Battle Management System (ABMS) data-sharing network. In that 2020 test, robot dogs at Nellis Air Force Base in Nevada “provided real-time strike targeting data to USAF operators” in Florida using Starlink satellite links, then-CEO of Ghost Robotics Jiren Parikh told The War Zone (opens in new tab).

The Ghost Robotics Q-UGVs are designed to withstand water and weather, and were recently demonstrated with a tail-like payload enabling them to travel underwater (opens in new tab).

Aside from their military applications, the robot dogs are also being eyed for uses in emergency management, public safety and industrial inspection.