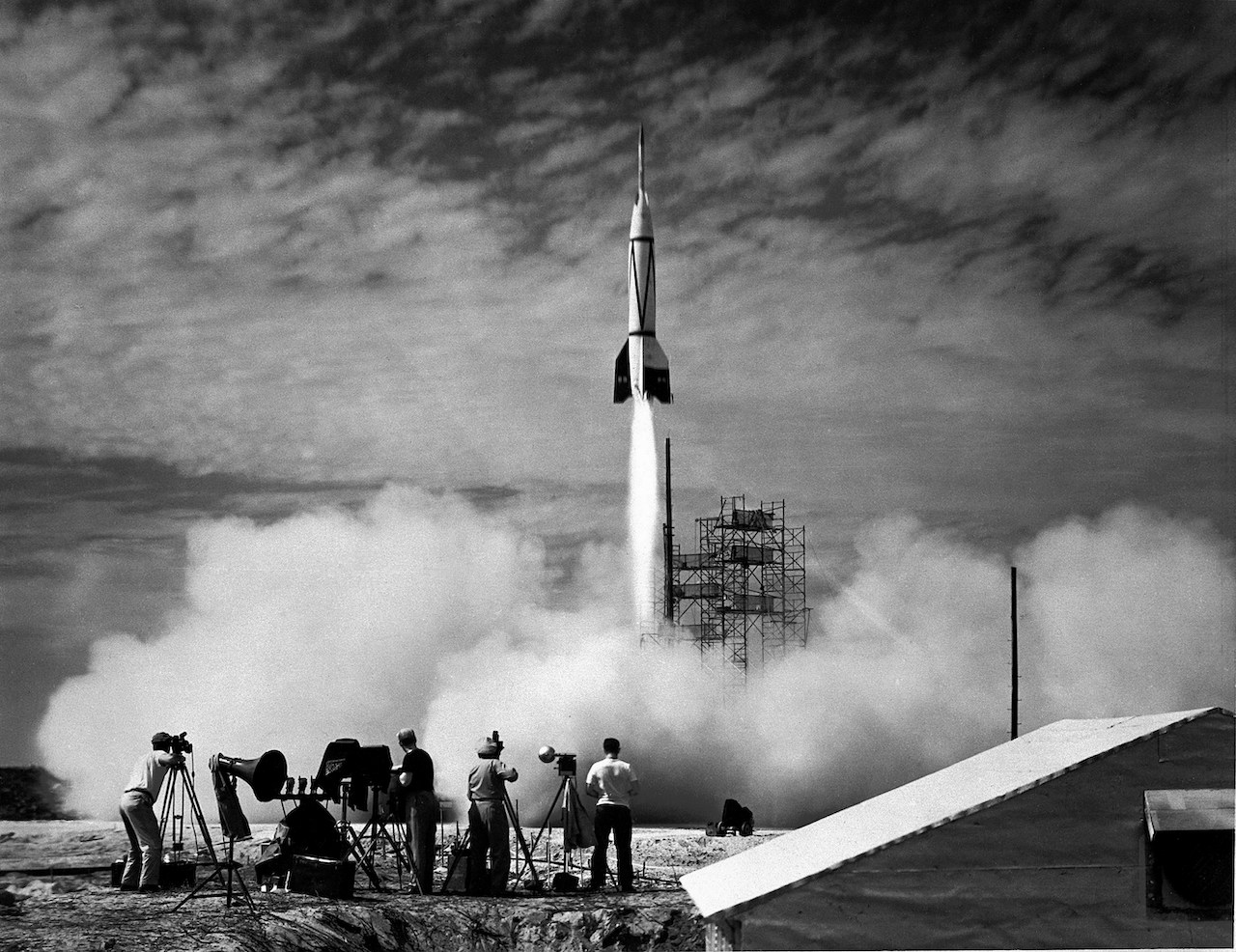 The V2 rocket was the world’s first large-scale liquid-propellant rocket, developed between 1936 and 1942 in Nazi Germany. It is regarded as a revolutionary breakthrough in rocket technology, with the use of liquid fuel increasing its thrust capabilities and making it the first artificial object to enter space.

The V2 was the most advanced rocket of its time, when it was first launched in 1944, according to the journal Current Swedish Archaeology. However, the purpose of its production was deadly.

The V in its name stood for “Vergeltungswaffe”, meaning “Vengeance weapon” in German. As the first long-range guided ballistic missile, the Nazis used the rocket to attack their opposition during World War II. As a result the missile killed around 9,000 people, according to the book “Beyond: Our future in space” by Chris Impey (W. W. Norton & Company, 2016).

Each missile was 14 metres long, 1.6 metres wide and carried 900 kilograms of explosives, according to the BBC. Along with the greater range that was achieved by the liquid-propellant, the V2 rocket was also equipped with a guidance system– something that provided it with much improved accuracy compared to its predecessors.

Related: The history of rockets

Its automatic guidance system included an onboard computer, which was pre-programmed with the rocket’s target destination, according to the journal Transactions of the Newcomen Society. If the line of trajectory was altered, rudders in the rocket’s fins could adjust to get it back on track.

After the widespread use of the V2 as a war weapon, the potential of the rocket’s technology in future combat and space applications was realised. Soon, the V2, which was responsible for taking so many lives, was responsible for accelerating human exploration in space.

Today, liquid-fuel is still the propellant of choice for space missions. The V2 is remembered for its contribution to today’s knowledge of distant worlds, but its origins and contributions to warfare aren’t forgotten.

Who built the V2 rocket?

German engineer Wernher von Braun led the team who built the V2 rockets, according to the journal Leadership and Management in Engineering. Having been fascinated by rocketry since he was young, and joining the Society for Space Travel at school, von Braun had become the technical chief of the rocket-development facility in Peenemunde, Germany.

It was at this facility that he led the design and development of the missile. As a member of the Nazi party himself, von Braun was committed to producing a successful vengeance weapon, according to NASA.

After surrendering to the Americans during the war, von Braun shared his knowledge of the V2 rocket with the U.S. Later, following WWII, he accepted the role of director at NASA’s Marshall Space Flight Centre. During his time there, he used his rocket-making skills for more beneficial purposes, by helping design the rocket that took astronauts to the moon.

There are two legacies left behind by the V2 rocket. While one is of disaster and destruction, the deadly missile’s technology was later used in a key milestone of space travel. Wernher von Braun and some of his colleagues moved to the U.S, where they worked to develop the Saturn V rocket, according to NASA.

According to Science Museum, the V2 rocket became the first to enter space during a test carried out by the Nazis in 1944. During this test, it reached beyond the boundary between Earth’s atmosphere and outer space. After the war, U.S. President Eisenhower moved the rocket development centre from the Army to NASA, to change the focus of von Braun’s work.

At NASA, the rocket scientist had to alter the advanced technology to produce a rocket that could stay in space, rather than one that was designed to fall. The team’s experience in handling the large V2 rocket assisted the US in the Space Race and von Braun became the chief architect of the Saturn V launch vehicle, according to the BBC. This vehicle successfully brought the first astronauts to the moon in 1969.

For more information about the V2 rocket, you can visit the Smithsonian National Air and Space Museum website. Additionally, you can learn more about Wernher von Braun by reading NASA’s biography.