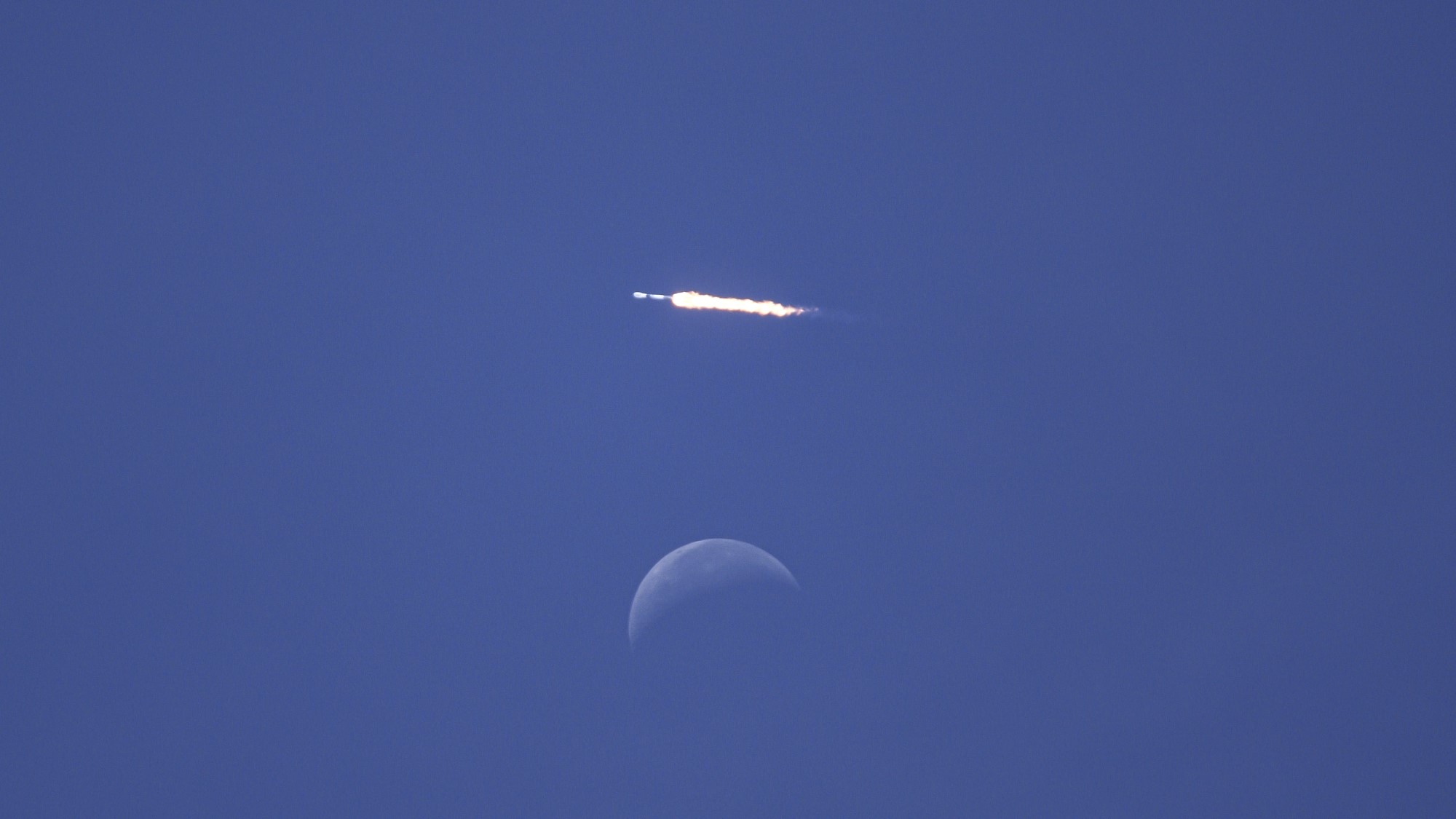 A SpaceX Falcon 9 rocket took the scenic route as it lofted 46 Starlink satellites to orbit on Friday (July 22).

Although it was a gray day at Vandenberg Space Force Base in California, the Falcon 9 rocket quickly soared above the clouds, where tracking cam footage of the launch captured a stunning view of the rocket appearing to leap over the moon.

Just minutes later, the satellites were on their way to orbit aboard the rocket’s second stage while the first stage gently touched down on the SpaceX drone ship “Of Course I Still Love You” stationed in the Pacific Ocean, marking another successful launch for the company.

The launch was the fifth Starlink mission of July alone and the company’s 32nd launch of the year, officially besting its 2021 record of 31 launches.

It likely won’t be long before the company goes for another: According to Spaceflight Now (opens in new tab), SpaceX is targeting another Starlink launch for Sunday (July 24), this time from Kennedy Space Center in Florida. SpaceX has not yet confirmed the launch attempt.

Starlink is the company’s internet megaconstellation, for which it has launched more than 2,800 satellites; the network is already providing service but is designed to include at least 12,000 satellites.

The moon is currently 22.5% illuminated as seen from Earth, according to the website, and is about a week past its full phase, slimming down to a new moon that it will reach on Thursday (July 28).