Web Developer Creates Doom-Themed CAPTCHA, Because Why Not

A web developer from Spain who’s tired of boring CAPTCHAs decided to spice things up by creating a Doom-themed CAPTCHA for fun. The small minigame, which is playable on the project’s GitHub page, challenges you to shoot four imps with a pistol before time expires. If you complete the task, it’ll give you the go-ahead.

Spanish developer Miquel Camps Orteza created the CAPTCHA as a fun side project in just a few days. On the GitHub page, Orteza notes that the widget doesn’t actually provide the security of a real CAPTCHA, because its code only works on the user side. Most CAPTCHAs have both a user and server component in order to prevent hackers and bots from circumventing them. 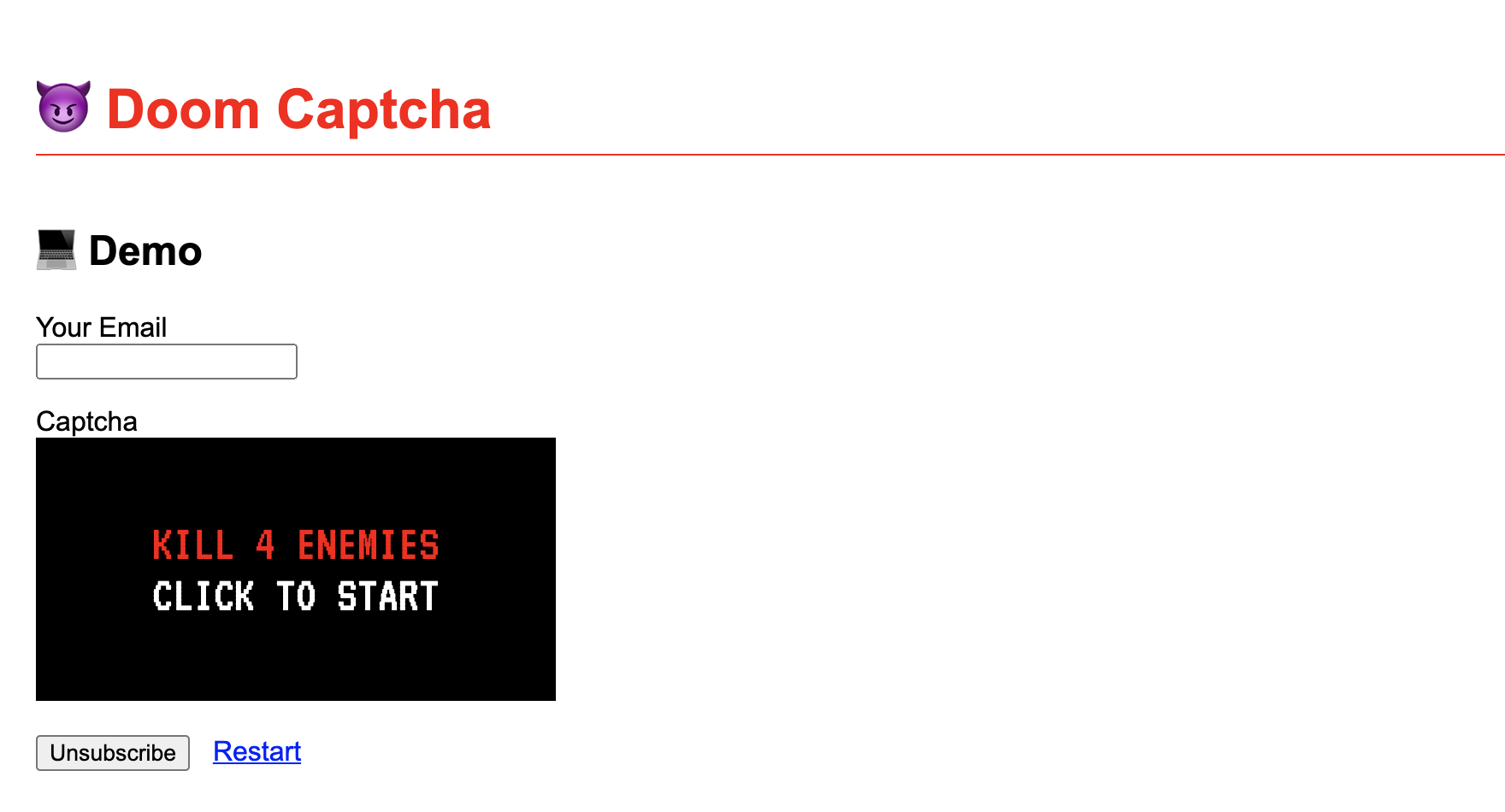 “I think that today there have been much better projects than this one, but somehow Doom Captcha has brought you some kind of nostalgia and you felt the project as yours,” he wrote. “…It was funny to see the people’s reaction because everyone hates CAPTCHAs and they found fun in the Doom CAPTCHA.”

As one of the most iconic PC games of all time, hackers and developers often use Doom to demonstrate the possibilities of exploits they uncover. For example, a developer recently got a free version of the game working through a playable GIF on a fanfiction website. Prior to that, we saw Doom playable on a pregnancy test and on a graphing calculator powered by potato slices. Still, Doom has come a long way visually from 1993, with the 2020 release of the latest game in the series, Doom Eternal, as well as its DLC The Ancient Gods Part 2.