What are Dobsonian Telescopes? 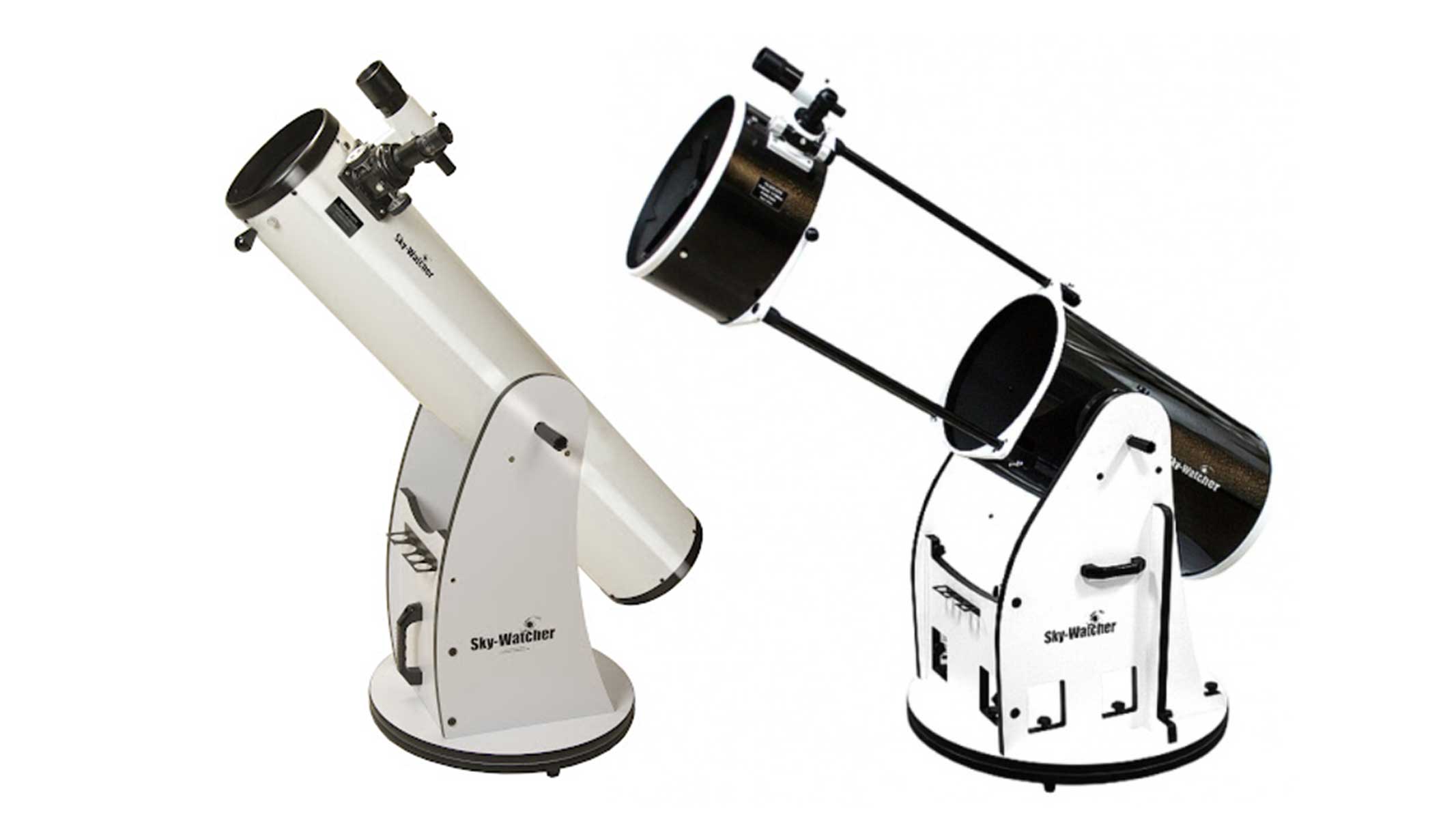 Telescopes today come in almost every shape, size and design you can imagine. From small portable refractors to huge reflecting telescopes, there is a telescope to suit almost any budget or experience level.

One telescope design, in particular, remains hugely popular among amateur astronomers and that is the Dobsonian. This low-cost-design Newtonian reflector revolutionized amateur astronomy when it was first introduced back in the mid-1960s by American telescope maker John Dobson. Its superb user-friendly low-cost design was a revelation and brought the possibility of owning a large aperture telescope to the masses.

But when it comes to Dobsonians, another important feature of Dobson’s design was that it was easy for amateurs to build a Dobsonian telescope themselves, and many did just that. My first large aperture telescope at around age 13 was a homemade wooden 25cm Dobsonian (which worked wonderfully well.)

Today the design remains hugely popular, especially for those who enjoy visual observing. In this piece, we take a more detailed look at the design and suggest some affordable options worth looking at.

A classic Newtonian reflector design which Dobsonians are based upon (Image credit: Getty)

The Dobsonian design offers the Newtonian reflector on a simplistic Alt-Az mount whereby the user can push/pull the telescope in a horizontal/vertical motion to locate targets. Most low-cost Dobsonian telescopes are not driven meaning they are only suitable for visual observing. Higher cost models come with dual axis drive systems and go-to ability though these are significantly more expensive. The right choice of telescope, of course, depends upon what the user wants to achieve.

With the telescope being a Newtonian design, it means the optical system must be collimated to perform at its very best. This can be a confusing and frustrating process for the beginner as it requires time and patience to achieve. Fortunately, most come with instructions on how to collimate the telescope accurately and there is plenty of further information online for those struggling.

A 10-inch to 12-inch (25-30cm) Dobsonian can give a lifetime of viewing enjoyment and will offer significantly more impressive views than for example a 4-inch or 5-inch (10-13cm) refracting telescope, especially under dark/steady skies. I can recall many fine views through Dobsonian telescopes over the years.

Dobsonian’s are generally employed by visual observers who have a keen interest in the visual observation of celestial targets. They are especially popular among those who enjoy observing galaxies and nebulae as very large apertures can be fabricated, up to around 40-inch (100cm) in some cases. Objects can be quickly located and they are great for hopping from one target to the next.

Unlike the simple homemade offering I used back in my teenage years, the modern incarnation of the Dobsonian design is an impressive instrument, to say the least. While the low-cost simple design remains widely used, manufacturers now produce fully computerized Dobsonian designs that can be employed for a wide range of different applications well beyond the pleasures of visual observing.

Aperture sizes vary greatly but typically come in sizes ranging between 6-inch (15cm) and 20-inch (50cm.) Obviously, telescopes at the larger end of the scale become increasingly big and heavy, though most do remain portable as they can be easily assembled/disassembled.

One especially notable point in the Dobsonian design is it allows the amateur the possibility of owning a really large telescope. Many serious visual deep-sky observers own Dobsonian telescopes, with many owning apertures in the 20-inch (50cm) to 30-inch (70cm) range. Such a telescope allows for stunning views of nebulae and galaxies that smaller telescopes simply cannot replicate.

These modern designs offer a wide range of sophisticated features. Full computerized go-to slewing, dual-axis tracking, high-quality focusers and optics. Companies such as Skywatcher have made the modern Dobsonian an increasingly popular choice for amateur astronomers worldwide. They offer good optical quality and a wide range of different features at realistic prices — which given the financial squeeze being felt at the current time, will be of prime consideration to many.

The modern Dobsonian can also be employed for serious astrophotography, especially imaging of the moon and planets where they are often used to good effect. For longer exposure work on a telescope, it’s possible to mount a Dobsonian upon an equatorial platform allowing the user to have the telescope polar-aligned.

The Dobsonian is a fantastic choice of telescope, especially for those starting out. I keenly recall many fine views through Dobsonian telescopes when I first began my journey into astronomy more than thirty years ago. John Dobson’s revolutionary design changed the face of amateur astronomy forever and opened up the possibility of large telescope ownership to the masses.

While the Dobsonian has certainly benefited from the advances of modern technology since it was first developed back in the 1960s, the core principle of what makes them such great telescopes remains. Anyone with a keen interest in observing the night sky should seriously consider one, especially if they are a keen visual observer. They remain the only design where a truly large telescope is within reach of many, and as I can attest to when it comes to astronomy, aperture counts!