What does a giant black hole and its galaxy sound like? 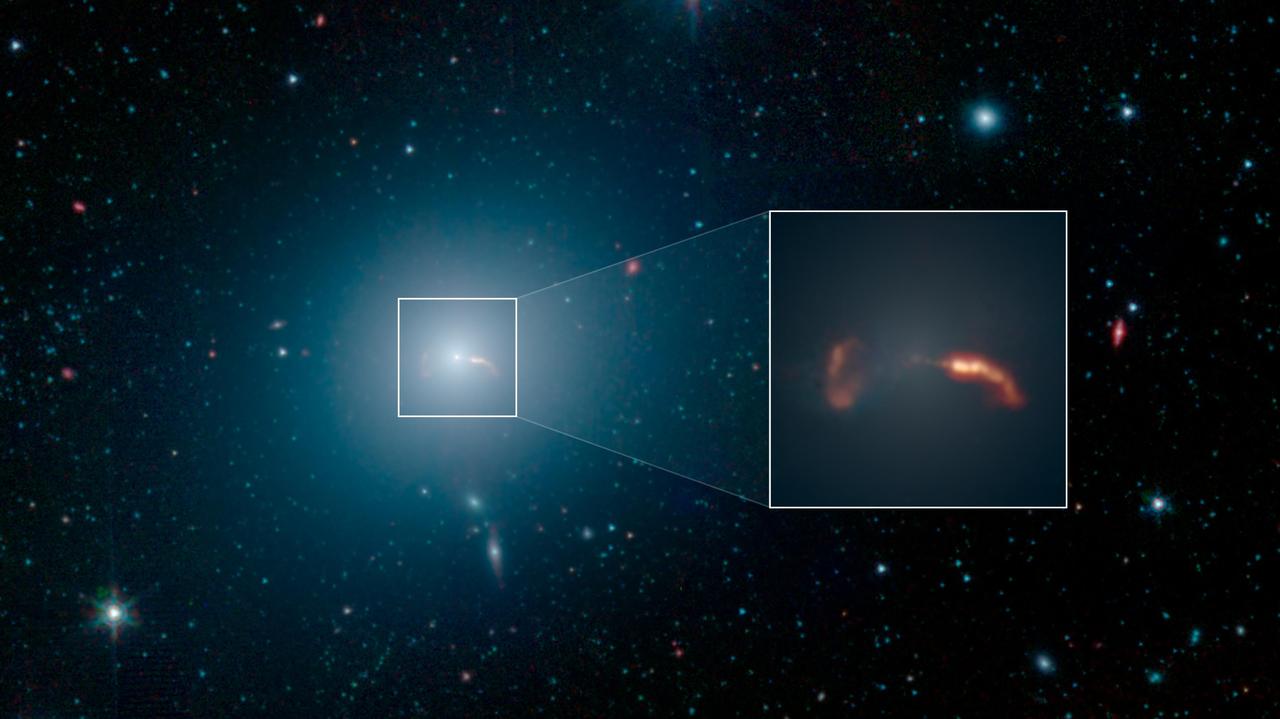 Meet the newest stars on the music scene. Well, not stars precisely.

Messier 87 (M87), is an elliptical galaxy about 55 million light-years from Earth. At its center is a black hole with a mass that’s 6.5 billion times that of our companion sun. This black hole was the first to ever be imaged by the Event Horizon Telescope (EHT) project, which three years ago released a portrait of the black hole’s shadow and a bright disk of matter that is being gravitationally pulled into the black hole’s center.

However, after using data collected by a group of telescopes — not including the EHT — scientists have now released the song that M87 and its supermassive black hole are singing, according to a NASA statement.

Sagittarius A* in pictures: The 1st photo of the Milky Way’s monster black hole explained in images

Using X-ray data collected by the Chandra X-ray Observatory, optical light data gathered by the Hubble Space Telescope and radio waves recorded by the Atacama Large Millimeter Array (ALMA) in Chile, NASA scientists have created a radar-style map that plays the sound of M87 — specifically, of the massive jet of material that the black hole at its heart shoots across the galaxy.

To create the soundscape, scientists mapped the wavelengths of three different types of electromagnetic radiation emitted by the black hole’s surroundings and jet to a range of audible tones. At the top of the map are the highest notes mapped from Chandra’s recorded X-rays, which are followed by medium tones of Hubble’s optical light data and the lowest tones of ALMA’s radio waves at the bottom.

As the sound progresses, it creates an audio representation of the “loudest” parts of the black hole. For example, the brightest and loudest part of the map, where the majority of radiation is emitted, is near the beginning of the sonification and represents the black hole itself. The brightness and volume of the song fluctuate with the jets of radiation emitted by the black hole.

When combined, the three radiation sounds blend to produce one of the best galactic white noise machines.

Along with M87, scientists also recorded the sound of a galaxy cluster called Perseus. Around 250 million light-years away from Earth, a cluster of galaxies in the Perseus constellation is releasing pressure waves — some 30,000 light-years across — out into the universe. These pressure waves are emitted from a black hole at Perseus’s center and ripple through the ultra-hot gases that make up the galactic cluster.

It’s a misconception that because space is largely a vacuum, sound cannot exist within it. The logic behind the misconception centers around the need for a medium — such as air or water — for the sound waves to travel through. In a vacuum, no such medium exists; however, the galactic gases in the Perseus cluster offer more than enough medium to record a sound.

The sonification of the M87 and Pegasus galaxies was produced as part of an ongoing project led by NASA’s Chandra X-ray Observatory and NASA’s Universe of Learning program to “sonify” the universe and collect the symphony of space.