Why It’s Time for Gamers to Embrace the Cloud

The game industry landscape has always been fluid and innovative. From playing Pong at home on your TV to gaming with other players simultaneously around the world, rapid advances in technology have driven the industry through many paradigm shifts over the years.

Some of our readers may remember times when video games were restricted to dimly lit, densely populated arcades (if not, ask your parents), but games have grown up and out into enormous islands of their own. Anyone with a connected device has access to subscription-based services and free-to-play games, plus completely new genres like AR and VR are emerging. The metaverse promises to introduce infinitely more immersive worlds in the coming years, and there are also brand-new ways to play today, such as cloud gaming. 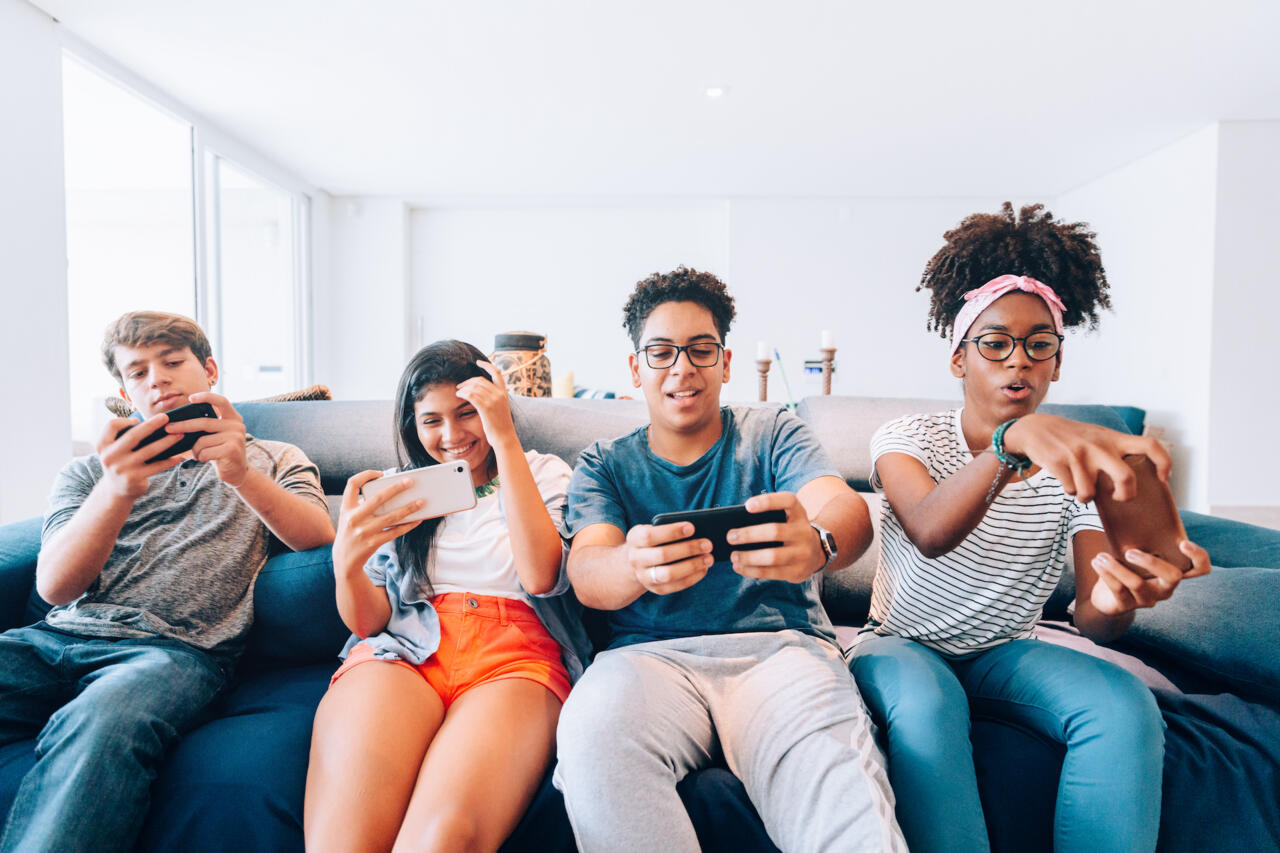 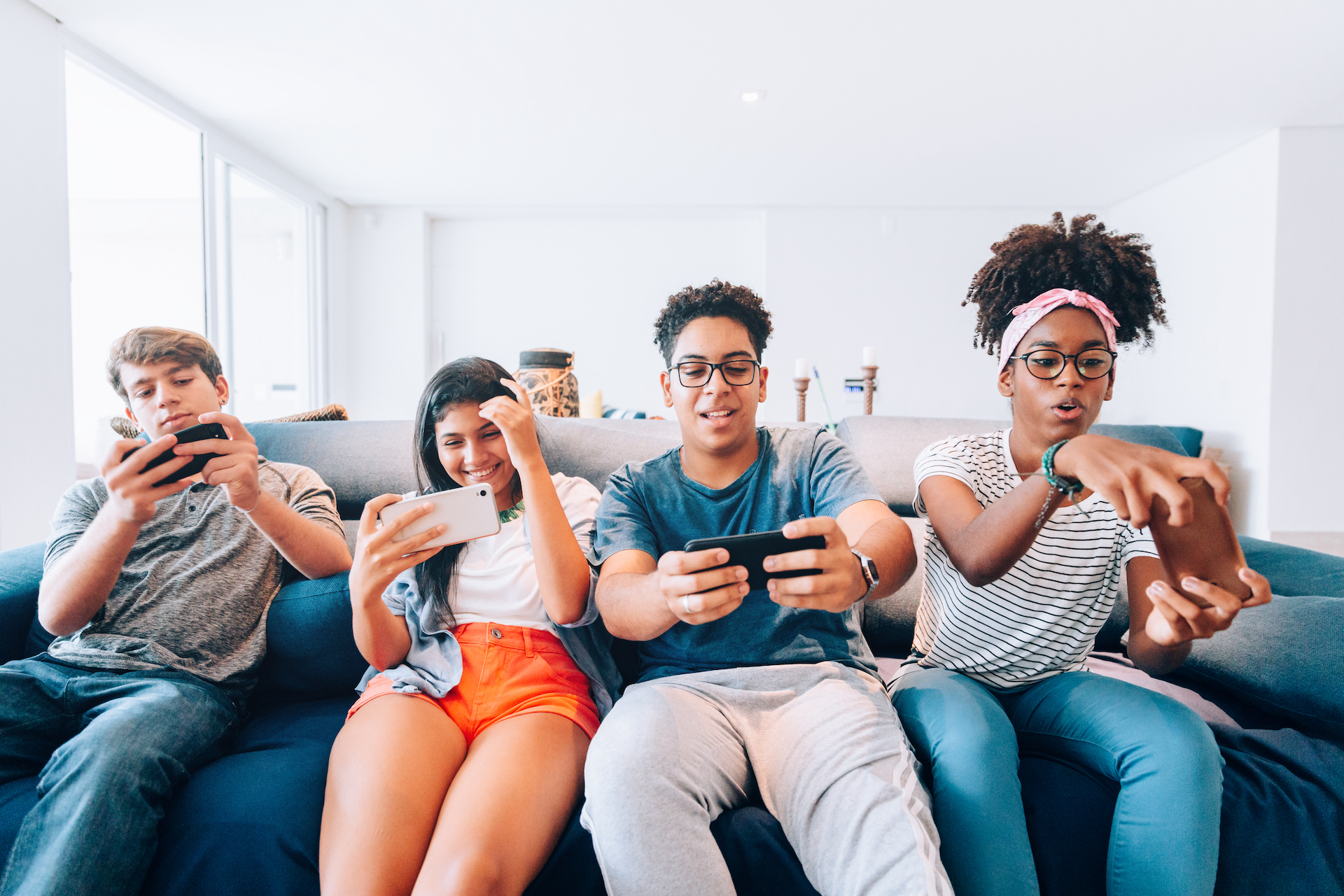 Of all the emerging forms of gameplay in the industry, cloud gaming is by far one of the most exciting, and certainly the most consequential. In our increasingly connected world, “the cloud” is a term that usually refers to types of software and services that run by way of servers that are accessed over the internet. Instead of running Microsoft Word locally on your computer, you may access Office 365 or Google Docs, which are hosted via remote server. Cloud gaming is based on the same principle. Games running on powerful remote hardware are streamed to users on high-bandwidth connections, so they’re playable on devices that wouldn’t necessarily be compatible or have the processing power to run them locally, such as laptops, smartphones, tablets, and TVs – all possible without the need for consoles.

With cloud gaming, triple-A gaming experiences – the kind you’d normally see on home consoles and gaming PCs – can be delivered to users without requiring lengthy downloads and souped-up hardware. Cloud gaming opens the field to millions of new players who may not be able to afford consoles and gaming rigs and who want to take their favorite games wherever they go; it’s one of the fastest-growing sectors of the video game industry.

To reap the benefits of cloud gaming, it’s important that players have high-speed and low latency connections like fiber at home and 5G on their phone. With a robust connection, it’s possible for players to enjoy fast frame rates and responsive gameplay.

And as connectivity improves, cloud gaming has gotten more popular. In addition to the increasing availability of advanced connectivity options like fiber and 5G, the popularity of cloud gaming is being fueled by the declining cost of GPUs and storage, and the growing ubiquity of affordable mobile devices, especially when considering global audiences,. Also, supply chain delays and chip shortages are putting console and PC hardware out of reach for many, so the ability to play on devices you already own makes cloud gaming more accessable and cost effective.

Gaming on a 5G network or on a home fiber connection lets players tap into this optimized streaming solution, taking games from room to room in the house, or from home to work to school and beyond. 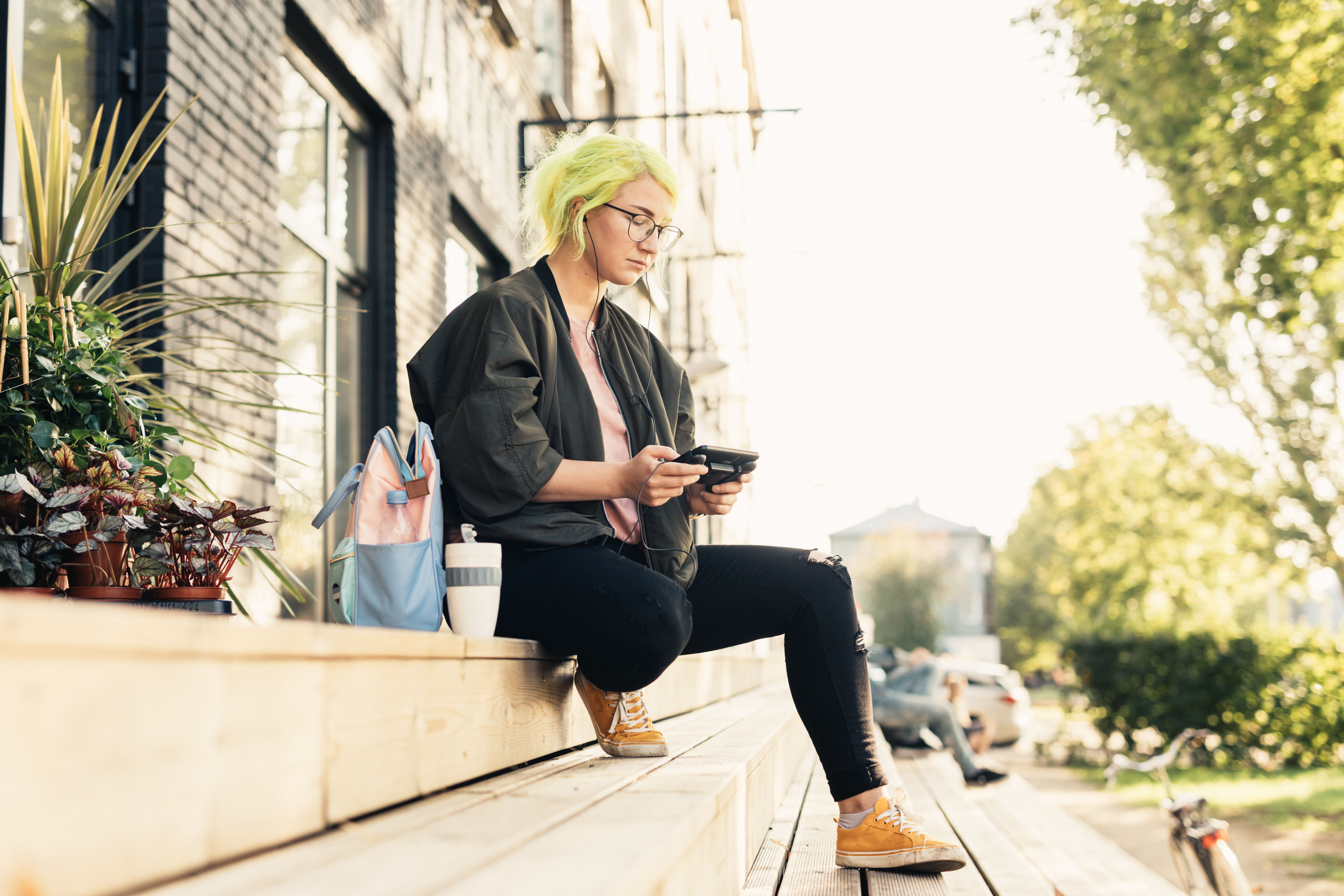 Google’s cloud gaming platform Stadia is like having a free console in the cloud, giving players the freedom to choose from 200+ games like Rainbow Six Extraction and Far Cry 6, playing on the devices they already own. Unique features like State Share in Hitman 3 made headlines for allowing players to share their gameplay with friends to try for themselves, to beat their best scores, or to just help them complete the level.

Publishers Capcom and Square Enix have also offered cloud versions of games on Nintendo Switch that the handheld wouldn’t otherwise be able to run. With Capcom’s Resident Evil 7: Cloud Version, for example, Switch players in Japan can purchase streaming time from remote servers in 180-day blocks. More recently, Square Enix announced its blockbuster Kingdom Hearts series would be arriving on Switch, with cloud versions available soon for players to stream.

Developer Focus Entertainment is another example, offering the first chapter of its award-winning adventure A Plague Tale: Innocence for free by way of cloud gaming service Gamestream. Available in December through early January, players were able to try out 50 minutes of the game’s first chapter without the need for downloads or specialized equipment.

Broadband and Mobile providers, for their part, are spurring adoption by working with cloud gaming platforms. AT&T, for example, is working with Stadia and Nvidia GeForce NOW, to name two.

AT&T is giving their wireless and fiber customers a 6-month subscription to Stadia Pro, which includes instant access to a library of 45+ games in up to 4K and new titles added every month. In addition, for the first time ever, AT&T offered a free, cloud-based version of Batman: Arkham Knight exclusively to its wireless customers for play over broadband. Powered by Stadia technology, noobs and hardcore gamers alike can play right now with this link on virtually any computer or laptop with no downloads, defending the citizens of Gotham City as Batman in up to 1080p and 60fps.

Nvidia GeForce NOW is another popular platform for streaming games, featuring powerful graphics processors running in the cloud. AT&T customers can claim exclusive access to a 6-month GeForce NOW Priority Membership to be used with their 5G devices and service plans. With this bonus, gamers can start playing nearly 1,100 titles – including almost 100 free-to-play games, whenever and wherever they choose.

Including cloud gaming subscriptions with 5G and Fiber plans is a great way to get subscribers trying cloud gaming, but, AT&T is also teaming up with Nvidia and Stadia to help improve cloud gaming performance through the power of 5G and advanced connectivity. Working together, these companies are exploring how advanced network connectivity can bring cloud gaming to more audiences and unlock new gaming genres in the next few years.

For example, by bringing down ping numbers – which is how latency is generally measured in gaming – gamers will see further improvements in reliability and responsiveness, particularly in real-time multiplayer gaming, where every frame of reaction time matters. This will be critical in bringing cloud gaming to the mainstream and delivering near real-time click reactions across the country.

Overseas, other broadband providers are putting cloud gaming services in front of their subscribers as well. Vodafone Italy offers its exclusive multiplatform 5G GameNow cloud gaming service to all 5G customers, streaming a variety of games for €9.99 a month. 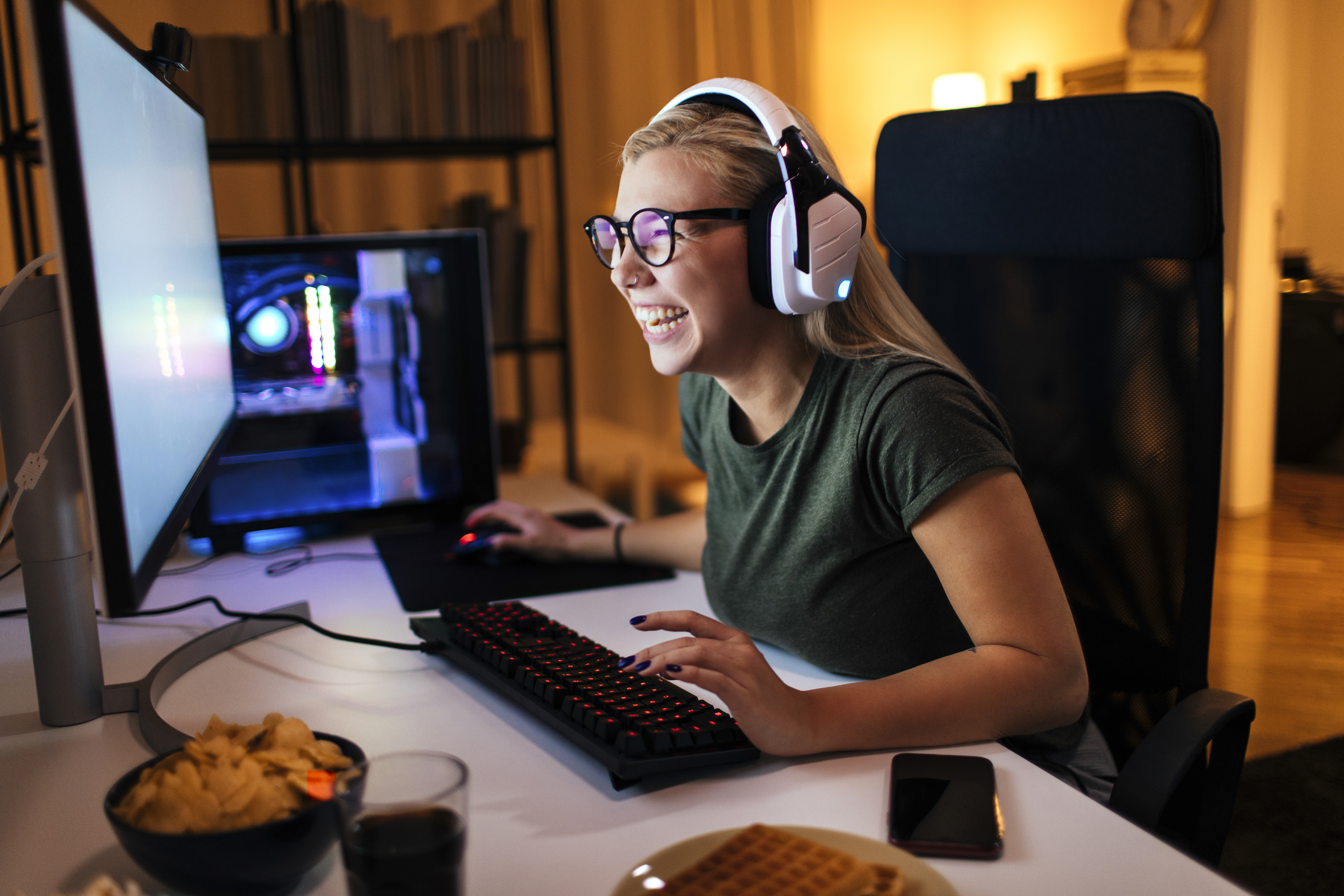 Further east, Korea’s SK Telecom teamed up with Microsoft to launch the 5GX Cloud Game service, powered by Xbox Game Pass Ultimate, in September of 2020. Subscribers with 5G service and devices can enjoy over 100 games on any phone, PC or streaming device.

With services like these, not only do developers have a chance to get their games in front of more eyes, but gamers have a buffet of titles to choose from and play wherever they please, for a much lower cost than buying a game outright, and certainly much lower cost than buying the latest generation consoles or gaming PC. AAA games, play anywhere freedom, use the devices. You already own, lower cost games, no console costs. What’s not to love.

Here in the US, AT&T continues to expand 5G and fiber connections to ensure that cloud-based titles retain visual parity and responsiveness with their console counterparts, which is especially important for multiplayer games. Platforms like Stadia offer resolutions as high as 4K and HDR with Surround Sound on any supported device with Stadia Pro, and Nvidia GeForce NOW’s RTX 3080 tier delivers resolution and speeds up to 1440p, 120FPS, and 4K HDR.

Cloud gaming is just the proverbial tip of the iceberg, too. As the industry continues to evolve, advanced 5G and fiber connectivity will create new opportunities for gaming innovation, like massive multi-player AR games on mobile, or un-tethered, immersive VR games. Without the need for consoles, the barriers in the way of consumers enjoying new games will fade — if you’ll pardon the pun — into the clouds.

« Bitcoin, Ethereum Technical Analysis: BTC Back Above $41,000 as Crypto Bulls Return » Biggest Movers: RUNE Rises by Over 20% Today, as NEAR Climbs to Resistance